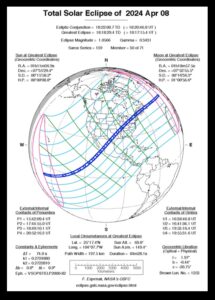 Let’s bet on that.

Is that not what science boils down to?  Something that can be tested, proven?  Like with a bet?

That ‘something’ might be:  The sun will rise in the East tomorrow.

It might be more complex:  The sun’s position at 8:45 A.M. tomorrow will be such that the sunlight passing through that window will fall upon this spot.

It might be quite a bit more complex:  The sun’s light will be eclipsed by the moon on this date, starting at this time, and the eclipse will last this long.

But ultimately, you can make a bet on it: whether the sun will rise in the East, or whether its light shines on a certain spot, or whether the eclipse occurs as predicted.  And the person who is foolish enough to bet against these things is going to be out some money.  Early in each semester of my Astronomy 101 class at Jefferson Community & Technical College here in Louisville, Kentucky we inevitably talk about this, because at least some of my students have been taught that truth is relative—that we can have my truth and your truth:

No, we can’t, in fact, have that.  If you say that your truth is that the sun will rise in the North tomorrow, and I say it will rise in the East (and we agree on the definition of North and East), then we can make a bet.  And if we get up early and go to where we can see the sun rise, and take the rest of the class with us, then you will need to bring a lot of cash, because you will be buying everyone breakfast. 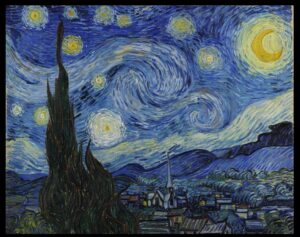 It takes very little time for the class to agree that there is not your truth and my truth regarding where the sun rises (and we can recognize that of course this does not apply across all human experience—for example, John might say the art of Vincent van Gogh is great, and Joe might truly believe John is wrong, and Jim might truly believe John is right).  The class also quickly agrees that truth is not democratic: that even if we have a vote on where the sun rises, and 82% of the electorate votes that the sun indeed rises in the North—that does not mean the sun rises in the North.  Of course, not everything in science is as sure a bet as where the sun will rise, but the fact that the class can get these issues out of the way so quickly, even despite cultural issues with the concepts of truth and science, shows that we are all scientists to some extent.

Of course plenty of people do not think of themselves as scientists.  My wife used to tutor a logic class back in her graduate school days, and she met students who would say they could not do logic.  But she would tell them that they could, and that in fact they did logic all the time:

You are here, after all.  To come to a tutoring session requires logic, and measuring and other things that make science.  To cross a street requires inference from past experience—a collection of data and calculations of a sort that let us estimate how wide the street is, how fast the cars are moving, our own acceleration and speed, and so forth.

Thus we are all scientists, to some extent.  Only people who are delusional in the strong sense—who cannot recognize the sun rising in the East, or the car coming down the street—are truly not scientists.  Such folks are likely to have a bad encounter with that car.

Some people can be quite scientific, who may not think of themselves as scientists at all.  In places that sell cloth and sewing supplies I am always struck by the measuring tools that are for sale.  In the tools display we see units of measurement, angles, circles, lines, Cartesian coordinate systems.  There is more mathematics and measurement in such places than you will see almost anywhere else people commonly visit—all between the Hello Kitty polar fleece and the material for making silk flower arrangements.  And by golly, if you do not make those measurements correctly and do not make those cuts precisely, and if you do not have a good model or pattern to base your work on in the first place, then that shirt you are working on will come out looking like a shapeless blob.  You can bet money on that.

Laboratory measuring devices?  Mathematical instruments?  Precision engineering tools?  Yes.  Yes.  And yes.  These are instruments used by those who sew. 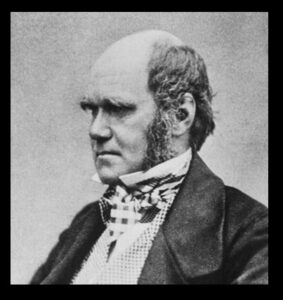 Charles Darwin—one of the The Greats in Science.

This post is part of a collection of posts on the subject of who can do science (click here for the whole series).  And the point of these posts is that science is an inclusive activity.  Whether we sew, or build, or take care of sick people, or study the stars—and whether we praise God, or work as slaves, or are strangers in a strange land—we all do science, and we all understand what it is, and we all understand where the sun will rise tomorrow.  Sometimes we get the impression that science is the business of The Scientists—you know, guys who look and think like this fellow at right.  Sometimes the scientific world is not very inclusive, and reinforces that impression.  But that impression is wrong.  Science is the business of us all.