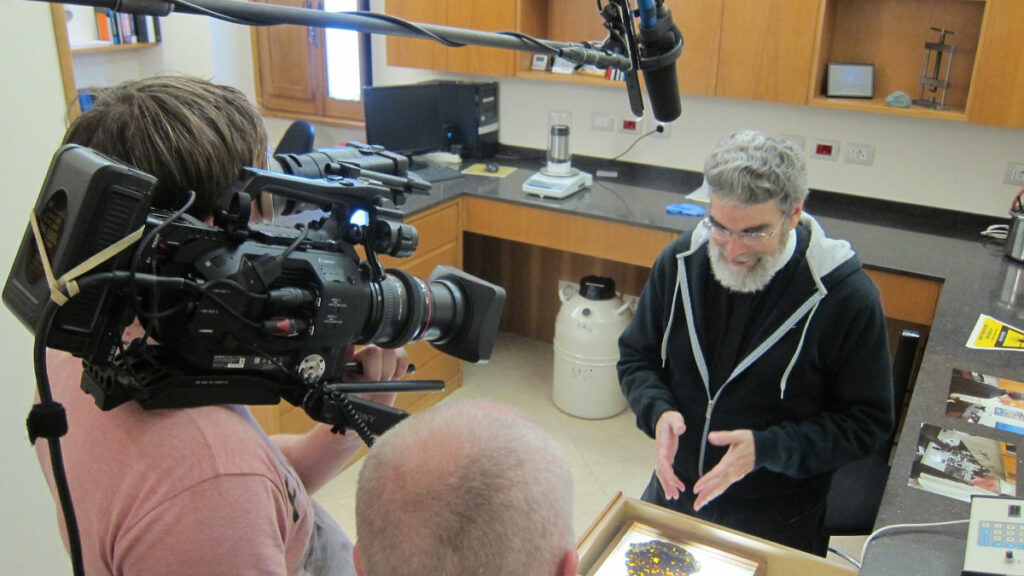 And then I wrote… In 2015, for the 80th anniversary of our move out to Castel Gandolfo, the Vatican Observatory held a week-long seminar for our scientists, adjuncts, and friends. The proceedings were published by Springer in a book edited by Gabriele Gionti and Jean-Baptiste Kikwaya Eluo, which had remarkably good sales! It also coincided with my appointment as Observatory director, but when the seminar was being planned my chief role aside from being an astronomer alongside the other astronomers was to act as an advisor in press relations… a job that my father had held at the Chrysler Corporation for all the years I was growing up. Here’s the text (split into two parts, second half next week) of what we published in the proceedings…

In 1891, when Pope Leo XIII established the Vatican Observatory, he did it for a specific reason: “…that everyone might see clearly that the Church and her Pastors are not opposed to true and solid science, whether human or divine, but that they embrace it, encourage it, and promote it with the fullest possible devotion.” (from: Motu Proprio, “The Refounding and Restructuring of the Vatican Observatory”, 14 March 1891). Obviously, our mission is to do true and solid science. But note that our mission is more than that; our mission is also to make certain that “everyone might see clearly” the science that we do, supported by the Church and her Pastors.

The task of making sure that everyone sees what we are doing goes by many names and takes many forms.

It includes public presentations in schools, astronomy clubs, universities, and other public forums like the Council on World Affairs or the British Science Festival (to name two groups that members of the Observatory have addressed in recent years). One particular way we can interact with schools and other groups is by hosting visitors and running tours of our facilities, something that will become much more regularized with the opening of the Visitors’ Center now under construction in the old Schmidt and Carte du Ciel domes within the Papal Gardens here in Castel Gandolfo.

This outreach also involves programs that are specifically run by the Vatican Observatory Foundation (VOF) in the US, such as our annual Faith and Astronomy Workshops. This event invites 25 educators from Catholic parishes to spend a week in Tucson, getting to know local astronomers and touring astronomical sites such at the University of Arizona mirror lab and a behind-the-scenes visit to the telescopes on Kitt Peak.

The internet has provided a particularly useful tool in our outreach. The VOF has started an intense program of outreach to Catholic high schools in the US, including visits via Skype (as well as in person) and getting students to use the Vatican Advanced Technology Telescope (VATT). We participate with the Jesuit Virtual Learning Academy, teaching an online introductory course in astronomy to high school students. And most notably, the VOF runs a blog site called The Catholic Astronomer, where thousands of readers every month check out daily postings from half a dozen different contributors, both members of staff and our lay and clerical collaborators, who write about our lives and passions as astronomers and Catholics.

Last but hardly least are the significant number of articles and popular books written by members of the Observatory. This book is but one example of a large library of publications produced in many languages on many topics over the history of the Specola.

All of these activities are essential to our mission. I note that many of the examples I have given here are centered in the US at the moment and are conducted in English; that simply arises from the role that the US-based VOF plays in raising funding and other support for the VATT within the US. But members of the Observatory come from all over the world, and many of us carry on similar outreach and engagement activities in areas ranging from Eastern Europe to South America to Africa.

Talking to the Press

Such activities fit well with the sorts of things we astronomers are used to doing and are comfortable with doing: teaching, writing articles, sharing our enthusiasm for our work with groups of people who are already interested in what we do and want to know more. But there is one essential activity for engaging the public and showing the world the Church’s support of science for which many of us feel particularly uncomfortable. That involves dealing with members of the press, including newspaper, radio, television, and internet interviews.

Unlike every other example, when dealing with an interviewer we cannot assume that the reporters, or their audience, are already on our side. The best we can expect is an initial indifference to our work. In fact, there may be times when either the interviewer or the audience might actually be hostile to who we are and what we have to say. Furthermore, unlike all the previous examples, when we are the people being interviewed we no longer are in control of the message or the way it will be presented. Thus, speaking to the press requires a set of skills that are foreign to our experience. For that reason, such interviews are prone to make the typical astronomer feel anxious, uncomfortable, and unwilling to participate. To help alleviate that unease, this chapter will concentrate specifically on a set of useful rules and principles for astronomers interacting with journalists.

The ideas here come from many sources. Many of them I learned, literally, at my father’s knee: for many years he ran the press office of a large American corporation and he shared with me while I was a student (and at that time planning a career in journalism) both principles and examples of the right way and the wrong way to work with journalists. He himself had begun as a journalist, and when I was in high school and at University I originally thought to follow in his footsteps, working three summers as an intern at a small but prosperous newspaper in my home state of Michigan.

For much of the content of this article, however, I am also indebted to a wonderful resource prepared by Dave Thomas of the American Geophysical Union, presented at an AGU meeting workshop many years ago, called Communicating with the Media, Tips and Techniques.

Finally, I also bring to this article more than twenty years’ experience as the director of Public Relations at the Vatican Observatory. Most of the lessons I have learned in that role, I confess, come from mistakes that I have made over the years! I hope that by sharing these ideas and stories I will be able to reduce some of the anxiety that we can experience dealing with the press.

Each person will have a different answer to these questions, because each of us has a different set of skills, interests, and abilities when it comes to dealing with the press. There is no rule that says that every astronomer must also be a skilled interview subject. And even if handling these interviews is something we enjoy and feel good about doing, nonetheless each of us also has a full plate of other tasks that limit just how much we can do. We can’t do everything.

That said, I wish to begin with a fact of life for astronomers at the Vatican Observatory that is special to us: every time we are quoted in the press, we will be identified as being representatives of The Vatican. Each of us will be labeled “The Pope’s Astronomer” no matter how often we try to make it clear that we’re just one of a team of astronomers.

And no matter how often we might want to say that our opinions are merely our own, as astronomers who are well aware of our own fallibility, nonetheless any speculation we muse about in front of a reporter will inevitably be reported as “The Vatican believes…” We must always be aware of this. We are powerless to prevent this. But the Vatican connection is, after all, most likely the reason why the press is interested in speaking with us in the first place.

On the other hand, the fact that the press is interested, and wants to interview us, means that we in turn have certain rights and indeed a certain power to bring to the table. You always have the right, and the power, to ask what the interview is going to be about. You have the right to delay any interview until a time that is convenient to you. You can always turn down any interview request, for any reason, if something doesn’t feel right to you about the situation. You also have the right to suggest they interview another person, if perhaps someone else would be a better fit for what they are looking for (and for your own crowded schedule).

You have the power, and indeed the responsibility, to negotiate about when, where, and how the interview will take place. Always negotiate!

Furthermore, as we mentioned above, you must always be aware that the interviewer will have an agenda that may well be different from yours. You have the power to not go where they want to drag you… either in terms of the topics to be covered, or the physical location where they want to interview you.

We put up with interviews because they are an important way that we can fulfill our mission to “show the world” about who we are and what we do. We need to be visible in the press. But a fundamental truth to remember is this: reporters need us as much as we need them. With out us, they have no story.

And we should also be sympathetic to the constraints that journalists work under. They are assigned stories by editors with little regard to their own interests and backgrounds. On any given day, the journalist may have to juggle half-a-dozen stories on topics that they have only the slightest familiarity with.

The baleful role of the journalist’s editor can never be underestimated. When it comes to delivering a story, the journalist may want it good, but the editor wants it now. Likewise, headlines are never written by the journalist, but by someone who may completely miss the point of even the best-written story. As a result, every journalist knows that tried-and-true clichés are safe: pre-digested ideas go down easy.

But in fact, you can use these constraints to help the journalist tell a good story and get our message across. The first task on our part, before any interview, therefore is to have a clear idea in our own minds about what what it is that we actually want to appear in the story. Start with finding out exactly what the journalist is going to ask about, and then work out well ahead of time what it is that you will want to tell them.

[Next week: Why do the call them “stories”? And what can the art of storytelling tell us about speaking to the press?]