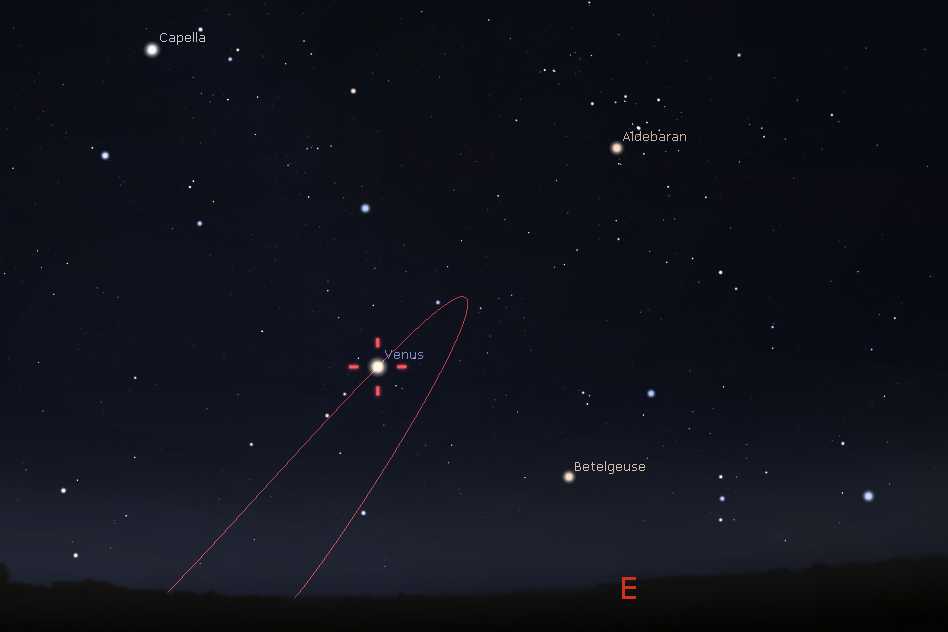 Venus is still high in the eastern morning sky; the constellation Orion appears a bit higher each morning. 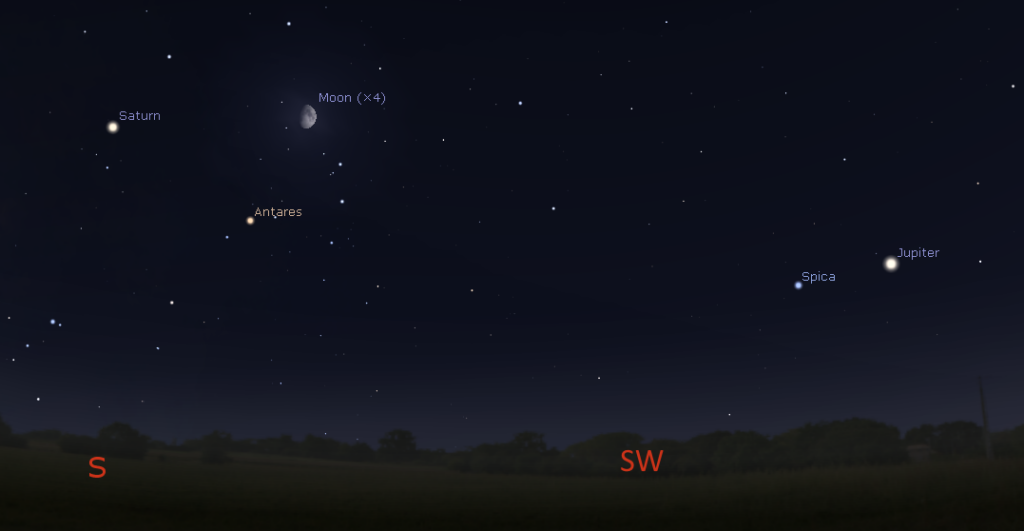 The southern sky is filled with objects this week: the waxing gibbous Moon accompanies Jupiter and Saturn for several days. 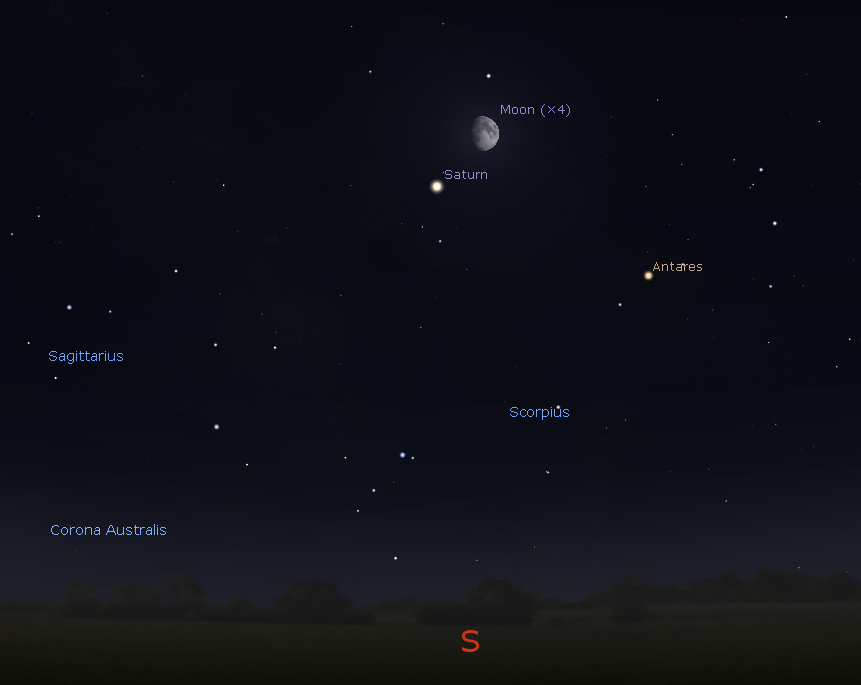 The Moon will appear very close to Saturn on the evening on August 2nd.

The constellation Cetus appears in the predawn sky to the southeast. 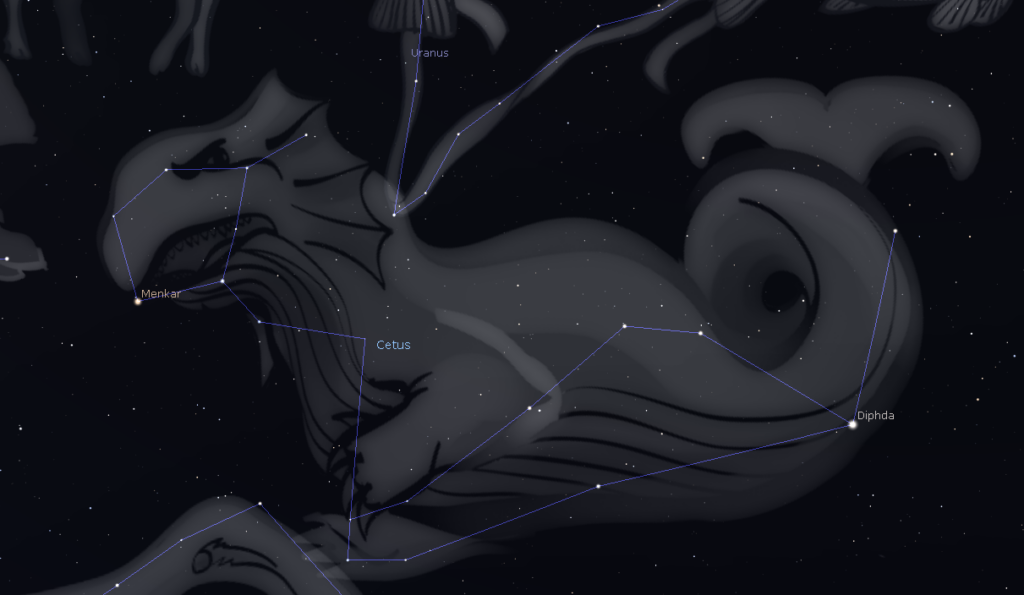 Cetus is depicted as a sea monster in Greek mythology, but is often referred to as “the whale” today. 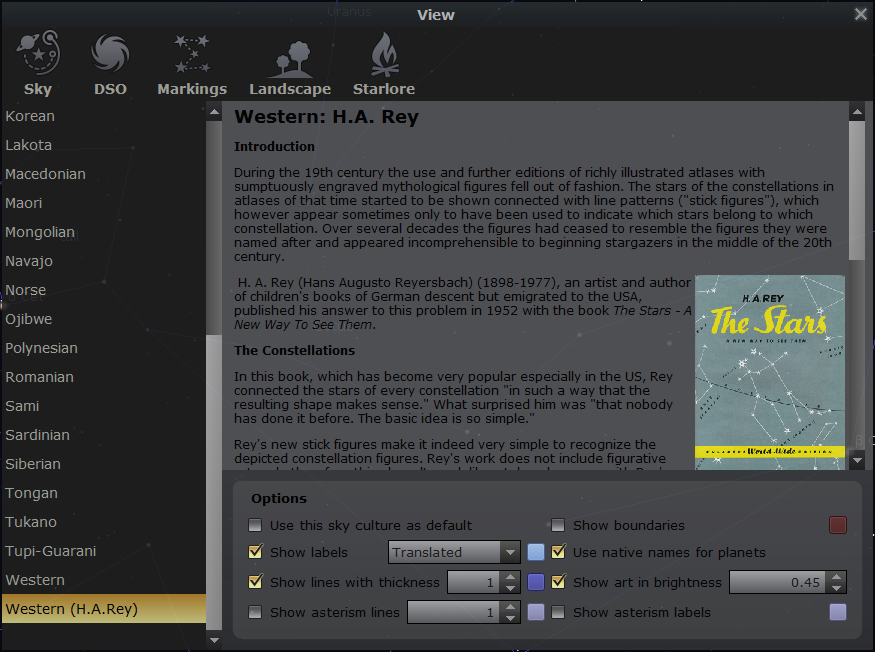 I know several astronomers who had a copy of H.A. Rey’s “The Stars: A New Way to See Them” when they were young – I still have my copy! I was overjoyed to see that Stellarium has a starlore set depicting constellations as drawn by H.A. Rey in his book. 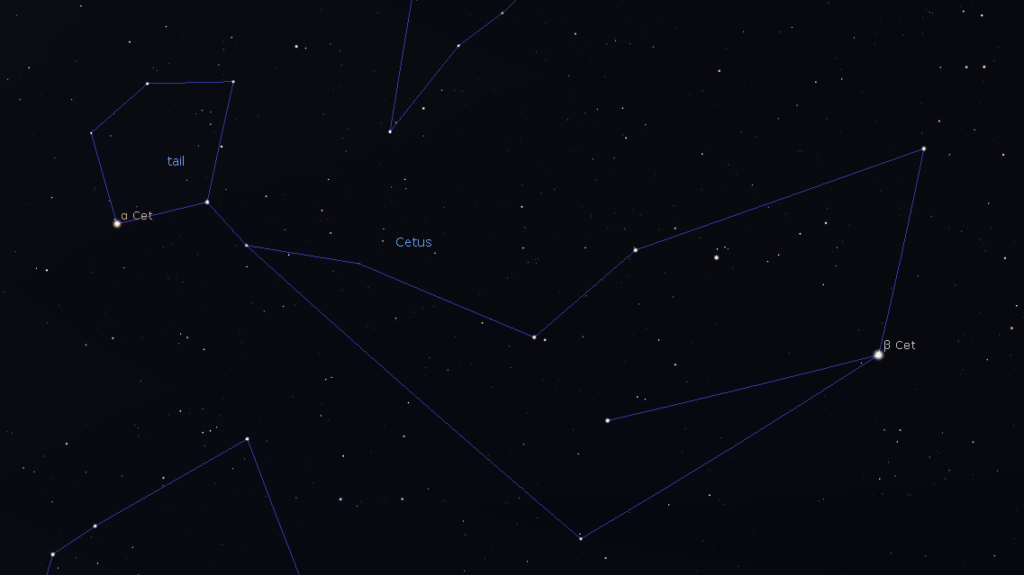 The constellation Cetus in Stellarium as drawn by H.A. Rey in his book “The Stars: A New Way to See Them.” 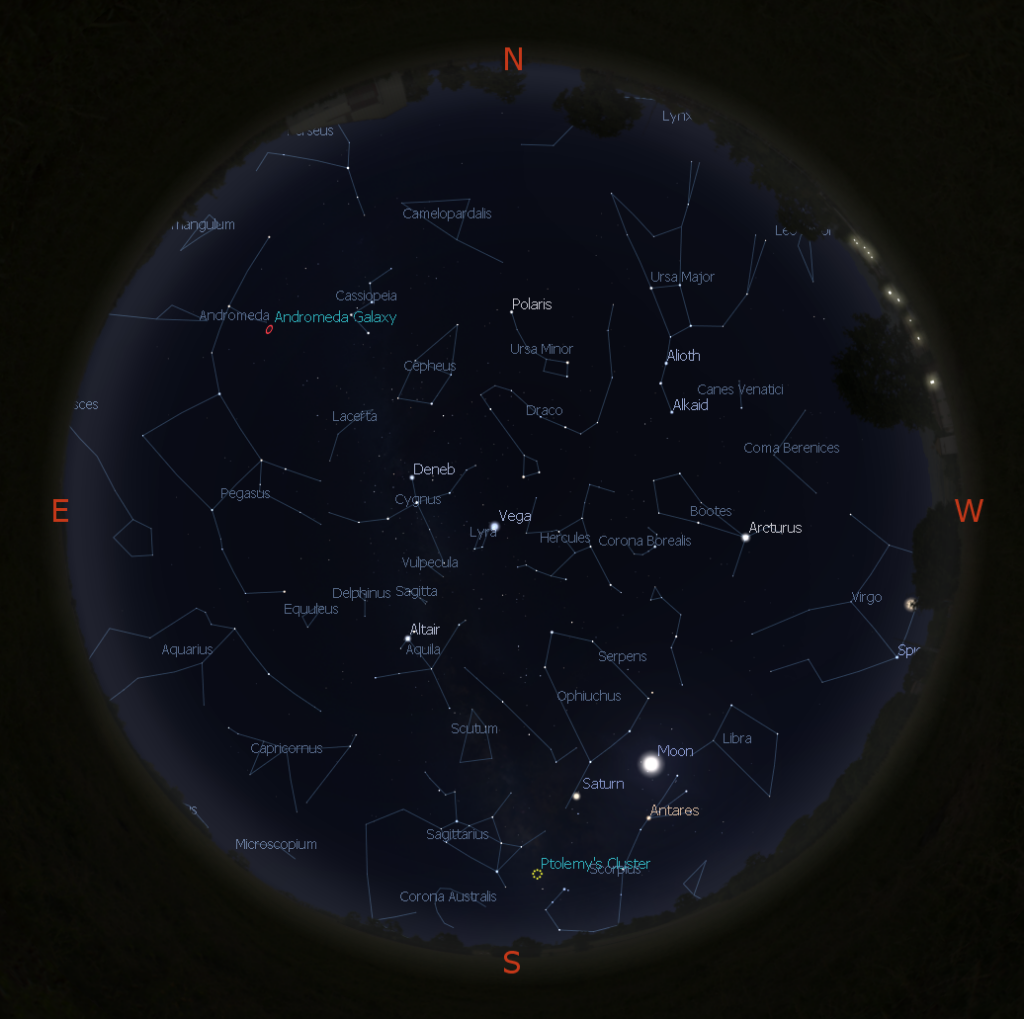 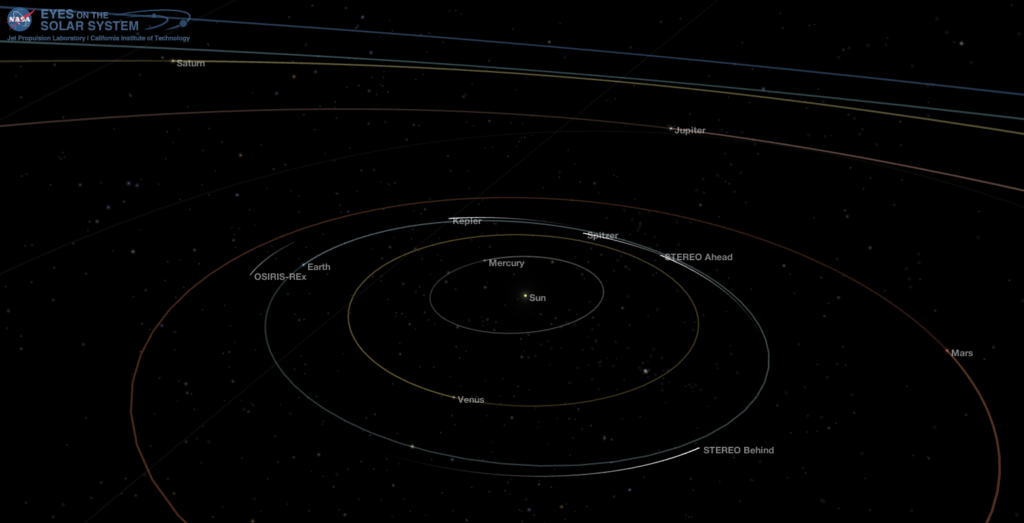 Mars is currently on the opposite side of the Sun from Earth – Aug 1, 2017. Credit: NASA Eyes on the Solar System / Bob Trembley.

Mars is not visible in the sky right now because it is on the opposite side of the Sun from the Earth. Mars will reappear in the eastern predawn sky in mid-September.

I live in Michigan at 42° N latitude; almost 90% of all humans live in the northern hemisphere, so these “In the sky” posts are apply to most of the human population. I was asked by a friend if I ever posted anything about southern hemisphere skies. “No” I replied, “But I should…” So…

The skies of the southern hemisphere look quite different than those of the northern hemisphere, and offers some spectacular objects for observers. Some familiar constellations like: Orion, Taurus and others nearer the horizon are visible, but appear upside-down, as does the Moon! 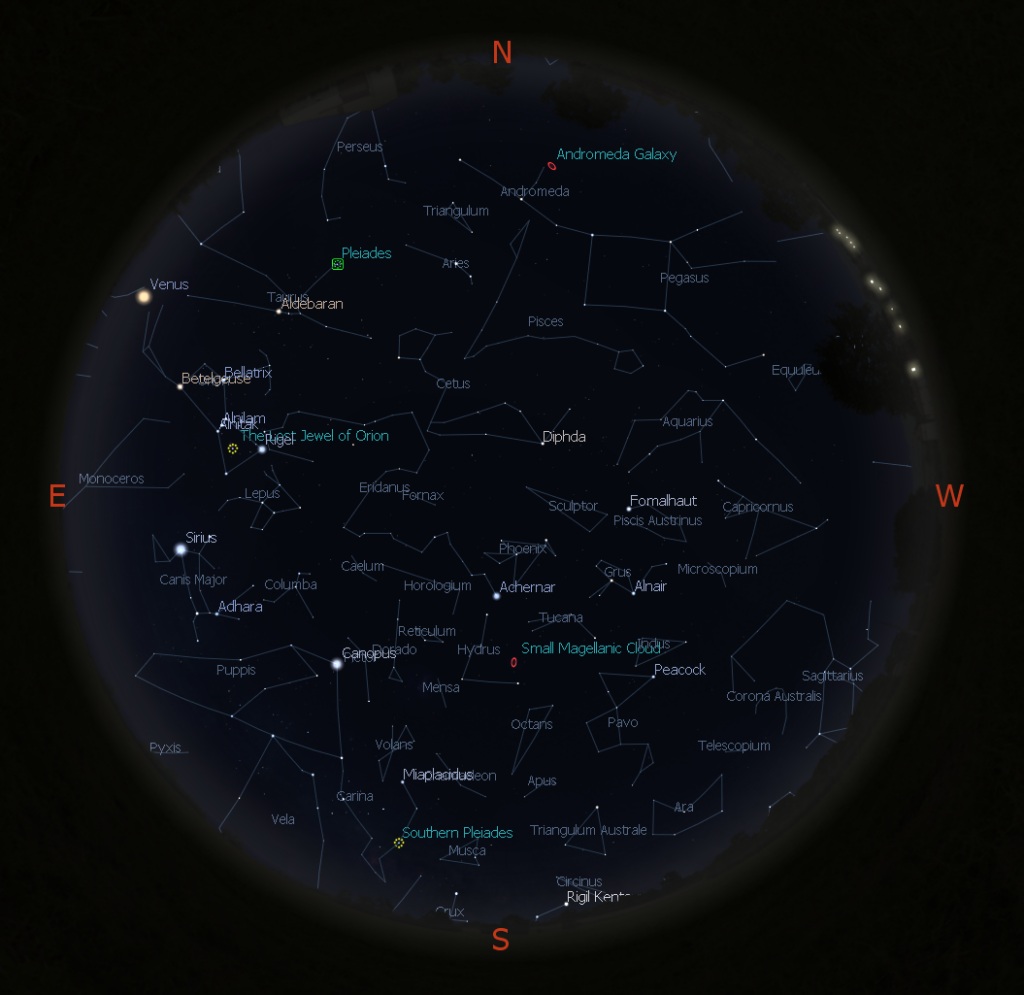 Farther from the horizon, and more toward southern latitudes, are constellations and objects that northern hemisphere observers will never be able to see – and I’ve been told some of them are “bucket-list” material.