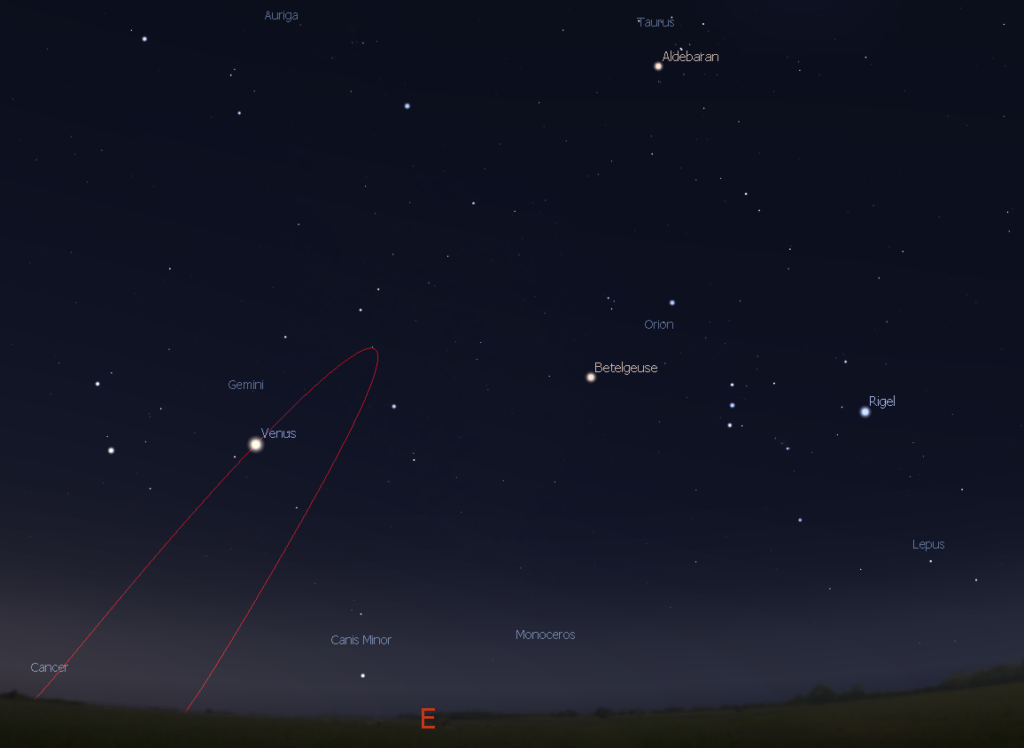 Venus is a bit lower and Orion a bit higher in the eastern morning sky. Venus orbits closer to the Sun than Earth, and is racing ahead-of and away-from the Earth; the planet will vanish from view in mid-November as the Sun comes between it and the Earth. 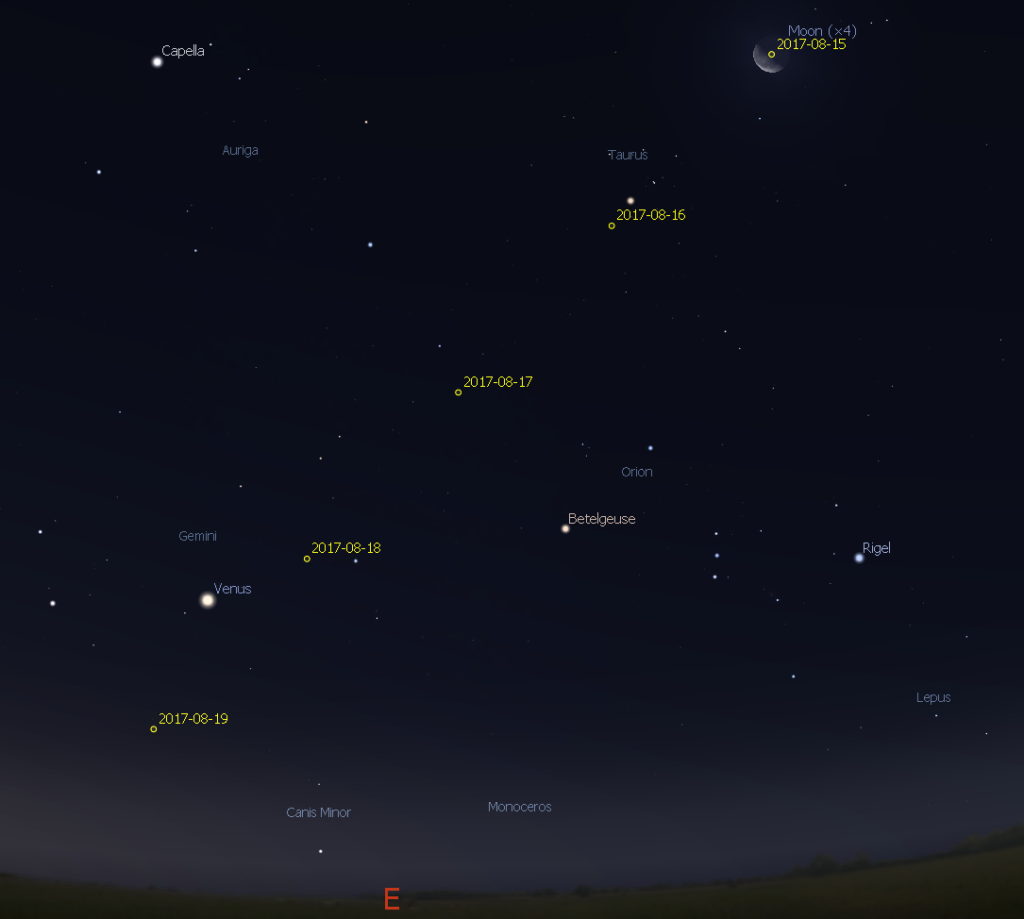 The waning crescent Moon appears thinner and closer to the horizon each morning in the eastern sky. Note: I used Stellarium’s new “Astronomical calculations” feature to generate the ephemeris for this image – I expect you’ll be seeing more of this. 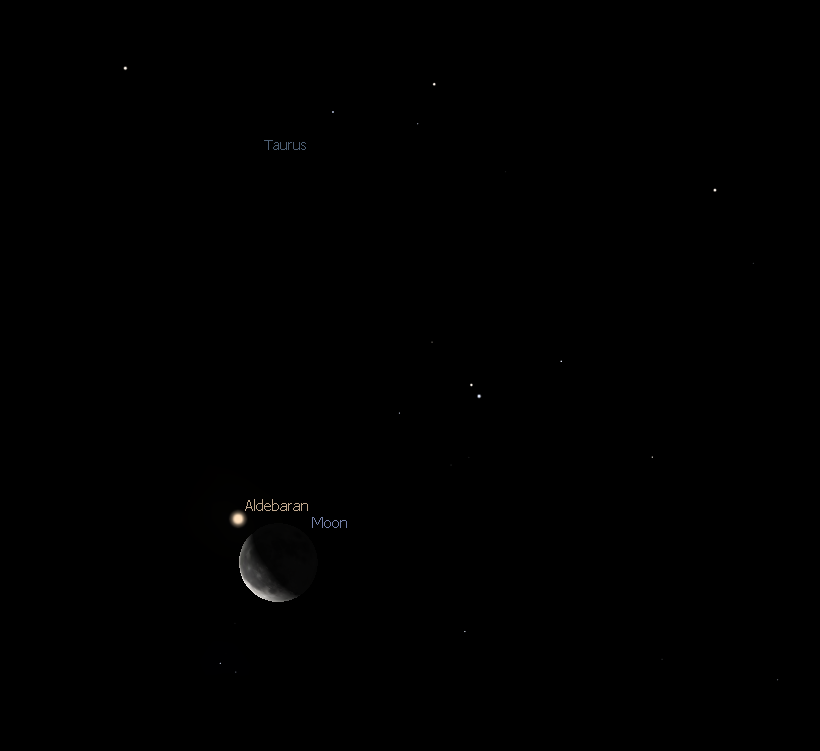 The Moon be in conjunction with the star Aldebaran on the Aug. 16th, appearing VERY close to each other, VERY early in the morning.

Aldebaran is a orange giant star about 44 times the size of the Sun, located about 65 light years away. Aldebaran is positioned close to the ecliptic plane, and is frequently occulted by the Moon… just not this month.

Jupiter is visible only for a short time after sunset very low in the western sky – atmospheric turbulence made it a poor observing target for me last weekend. Saturn is high in the southern sky, and is a great observing target; last weekend, I saw five of Saturn’s moons in the Warren Astronomical Society‘s huge Dobsonian telescope! 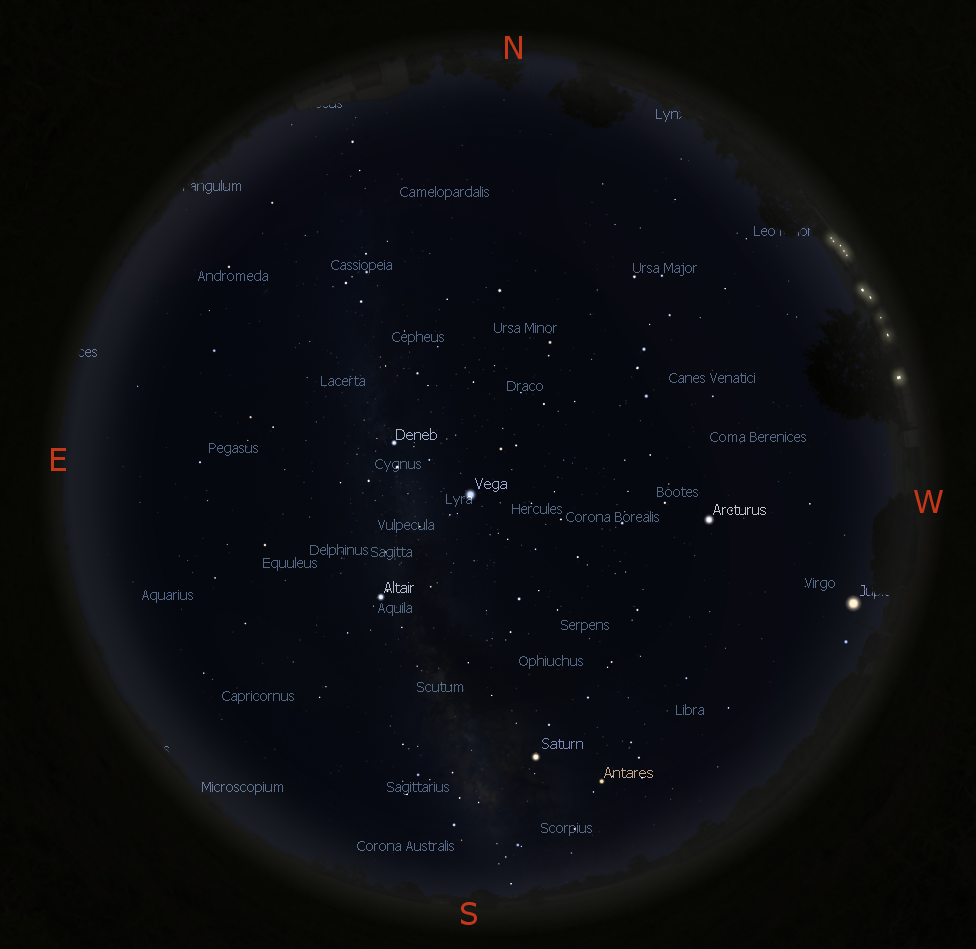 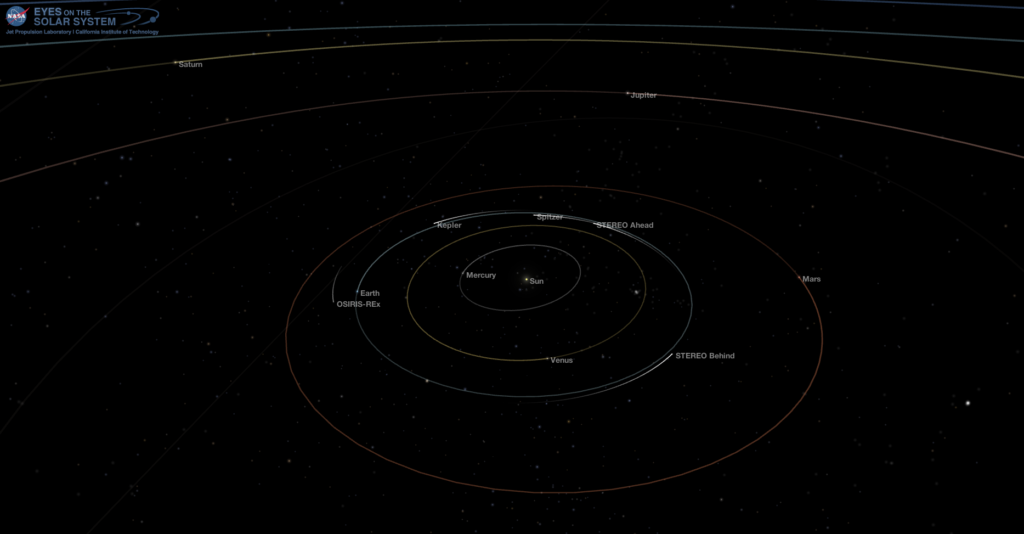