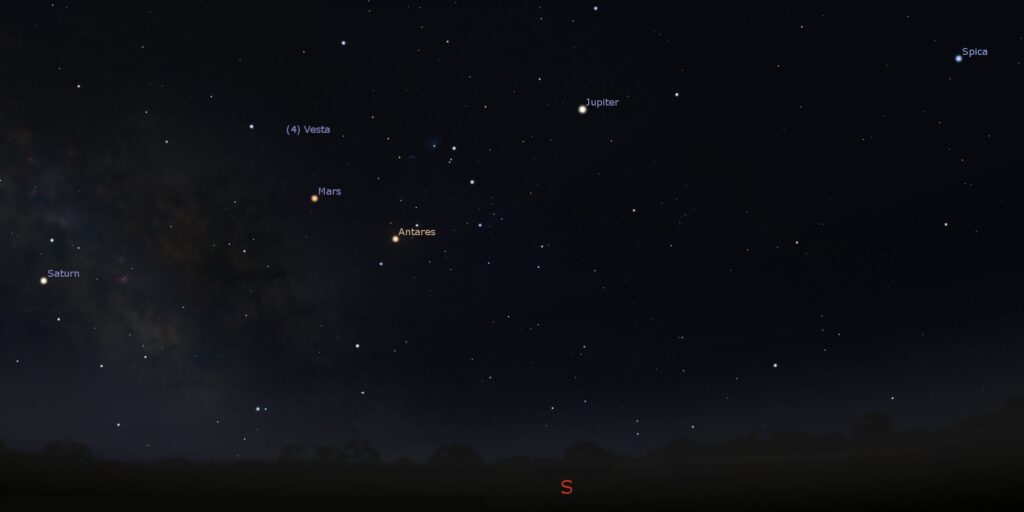 Saturn, Mars, Jupiter, Antares and Spica continue to be highlights in the southern predawn sky. The Earth is slowly catching up to Mars in its orbit, and Mars appears to be moving in an easterly direction, as Jupiter heads in a westerly direction – the distance between the two planets growing with each passing day.

Uranus and the Moon are in the western sky after sunset; there aren’t any particularly bright stars near the Moon for the next several days. 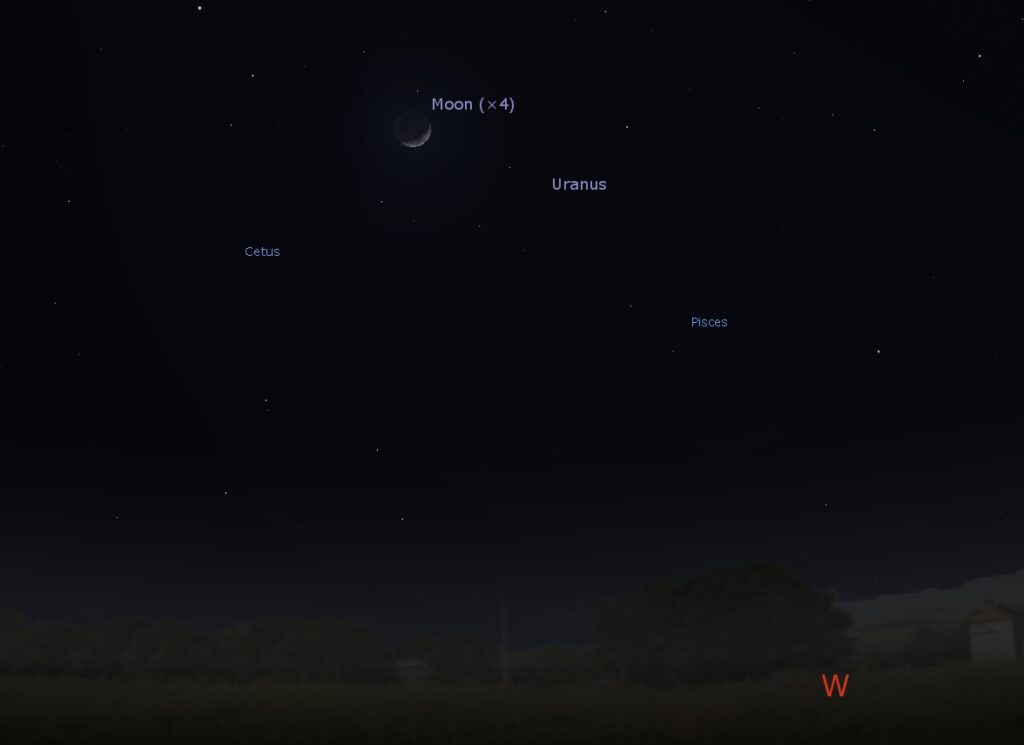 The Moon this week. Visualizations by Ernie Wright

The Moon is a waxing crescent in the western sky near dusk, and will be at first-quarter on  the 23rd. The Moon will be a waxing gibbous after the 23rd heading towards full next week.

This entire week would be a great time to host a star party and have the public look at the Moon through telescopes.

The flare-crackling sunspot from last week has rotated out of view, and the Sun has been spot-free for 3 days now. The coronal hole at the Sun’s north pole has completely closed up, and the one along the equator has vanished. There is a large coronal hole at the Sun’s south pole; SpaceWeather.com says: “There are no large and coherent coronal holes on the Earth-facing side of the Sun.” The solar wind speed is 434 km/sec, with a density of 4.0 protons/cm3.

There have been several prominences in the Sun’s chromosphere over the last several days: 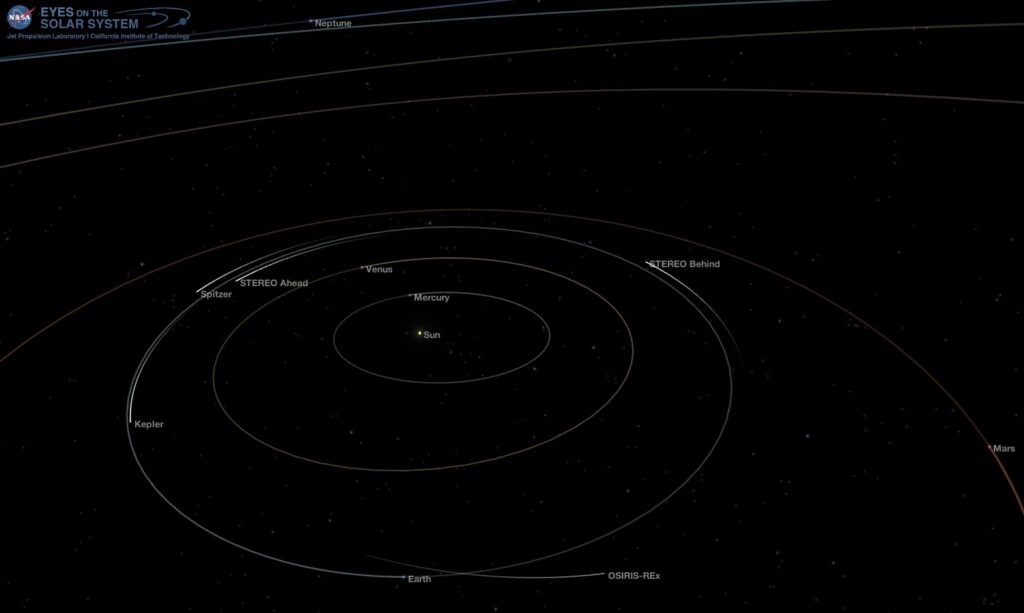 Position of the planets in the solar system, Feb. 20, 2018. Credit: NASA Eyes on the Solar System / Bob Trembley. 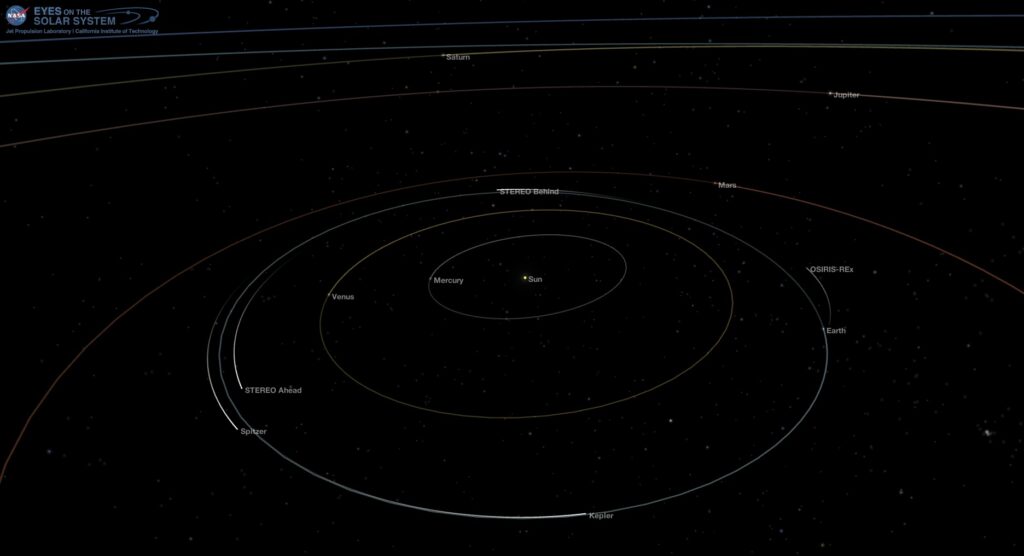 Position of the planets in the solar system (side view), Feb. 20, 2018. Credit: NASA Eyes on the Solar System / Bob Trembley.

The OSIRIS-REx probes shown in the above solar system images is an asteroid sample return mission; it will approach asteroid 101955 Bennu starting in August of 2018. OSIRIS-REx will fly in formation with Bennu while it surveys the asteroid’s surface for over a year. OSIRIS-REx will collect a sample of Bennu’s surface material in 2020, and return it to Earth in 2023. 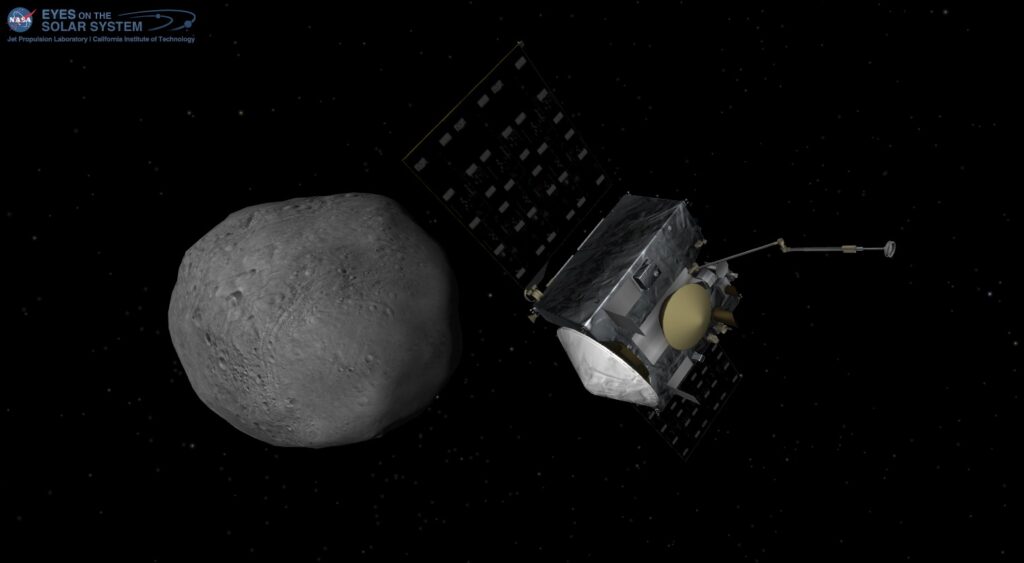