Venus continues to be the “morning star” in the east, and will appear very close to the red giant star Aldebaran – the “eye of the bull” in the constellation Taurus. On the 11th, Venus will be 3◦ north of Aldebaran, over the course of the week, Venus’ day to day change in position relative to Aldebaran will be very noticeable.

In the west, bright stars Vega and Altair are the last to fade in the oncoming dawn.

Jupiter and Saturn are visible in the southern sky after sunset; Jupiter sets shortly after midnight, and Saturn sets around 3:30 AM.

The constellation Cassiopeia, recognizable as a “big W,” appears low on the horizon to the north shortly after sunset. 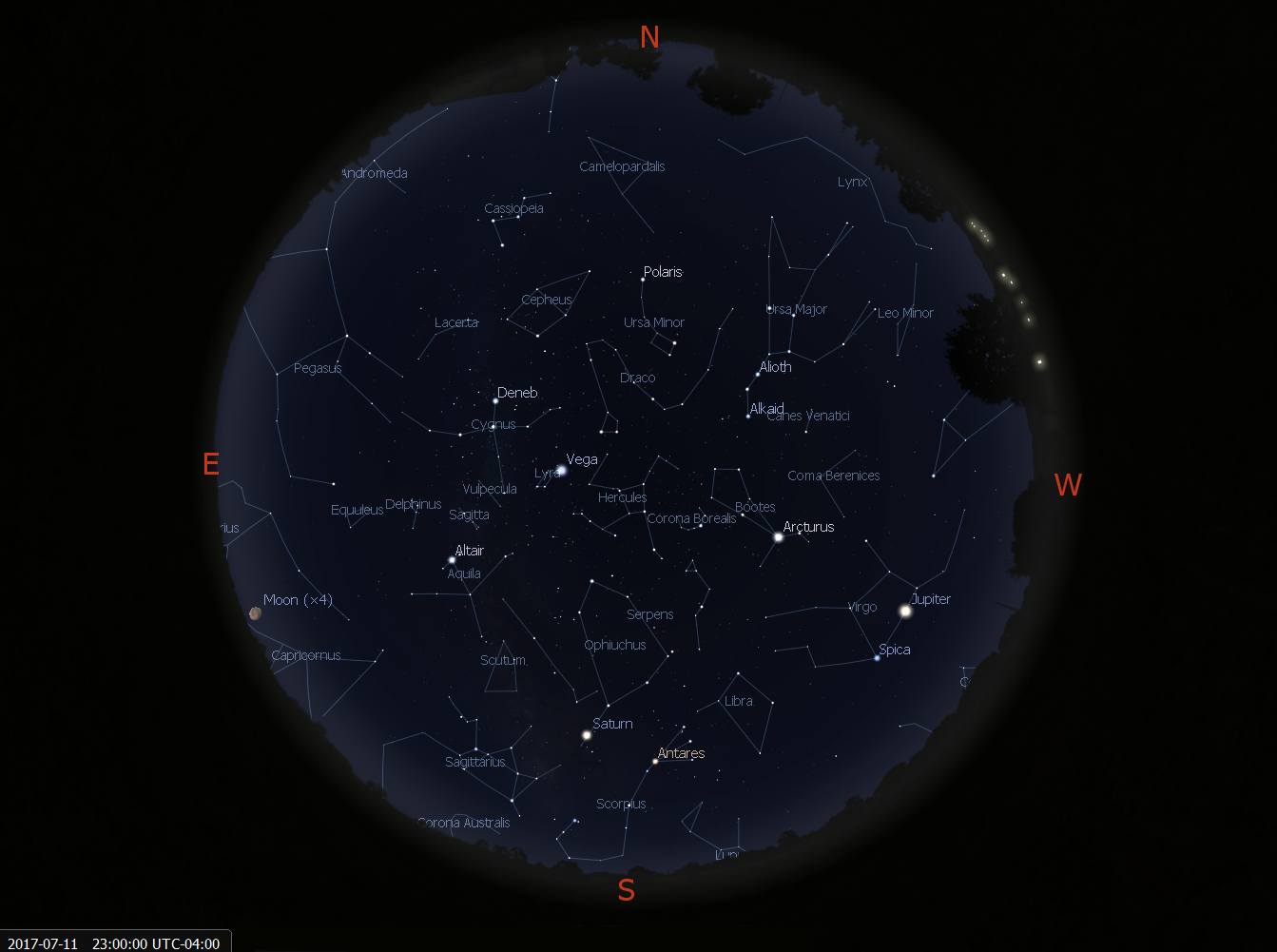 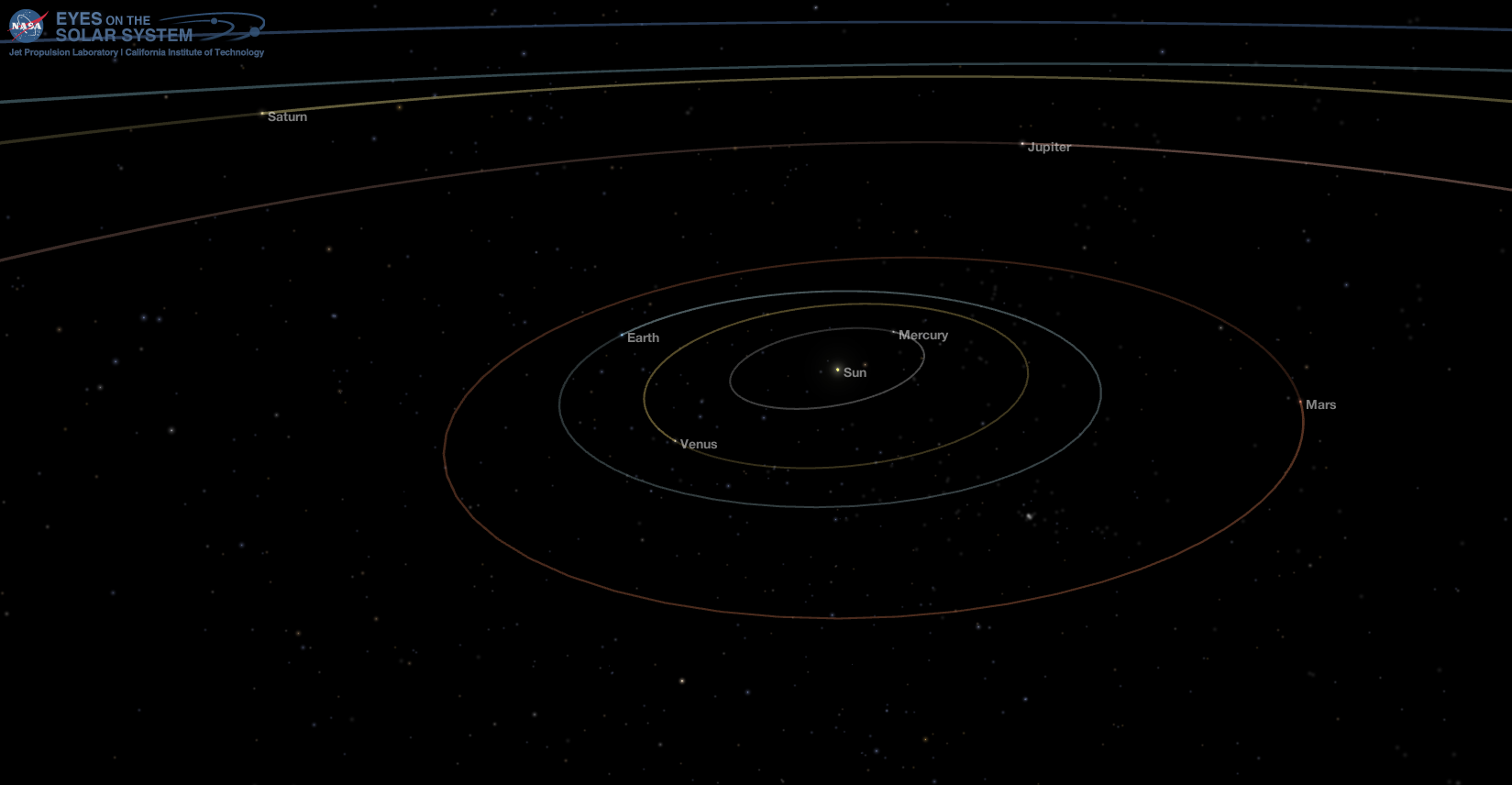 * I was once asked by a very well educated adult relative: “Why can I see the Moon during the day?” The Moon orbits around the Earth – that orbit takes the Moon around both the sunlit and nighttime sides of the Earth. A new Moon, being “in front of the Earth” is lost in the glare of the Sun; first and third quarter Moons can be seen during both day and nighttime hours. The full Moon, being “behind the Earth” is visible from dusk to dawn.