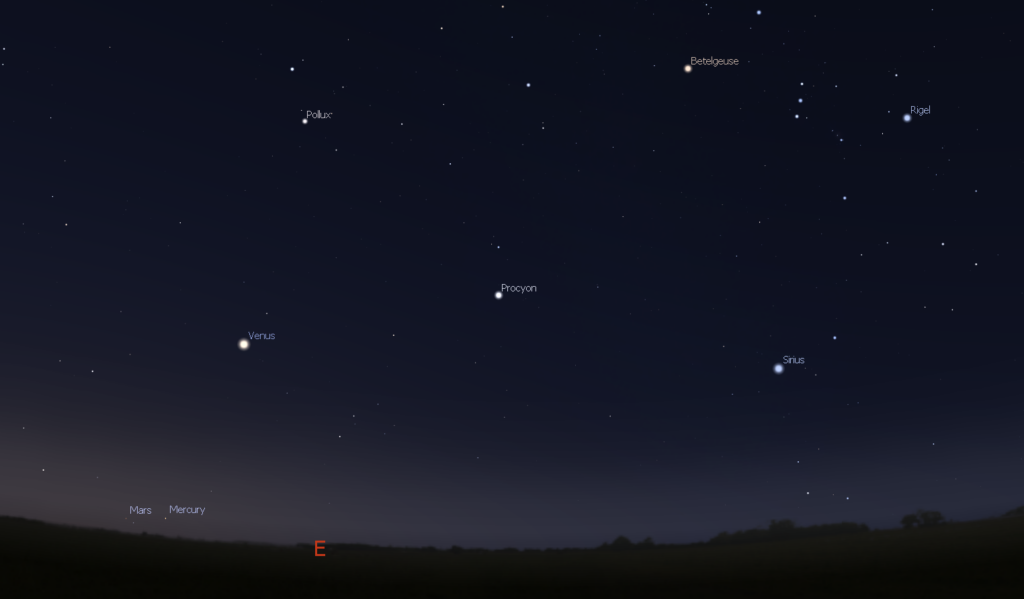 Mercury and Mars make a reappearance very low in the eastern morning sky – so low in fact, you may have trouble seeing them if you have low shrubs; atmospheric turbulence and light pollution may also make them difficult to spot.

Over the week, Mars will not get any higher in the sky, but Mercury will get visibly higher each morning. Mercury will be very close to the star Regulus in Leo on Sept. 10th. Catch Mercury while you can – by next week, Mercury will start getting lower in the sky, and will vanish entirely by late September.

The full Moon rises in the east with the sunset on Sept. 5th; Saturn remains high in the southern sky, after sunset.

Polaris, the North Star, is visible above the northern horizon before dawn. Two of Polaris’ three stars can be made out in a modest sized telescope; Polaris A, the primary component of the trinary is a Cepheid variable star, ranging in magnitude from 1.86 – 2.13, with a period of roughly 4 days. Have a look at Polaris – compare its brightness with stars around it; now, do the same the next night – see if you can spot a difference. 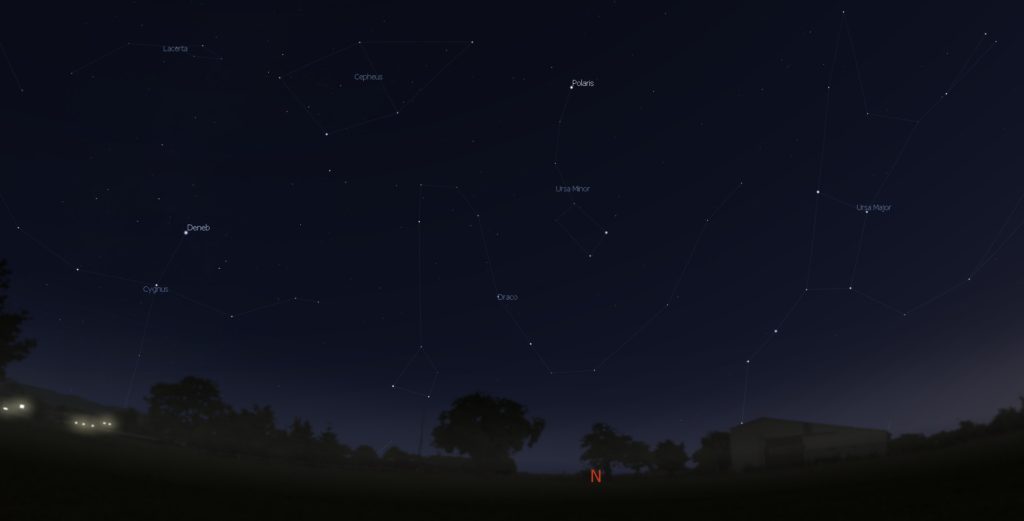 This video shows the stars of the Polaris trinary and an approximation of their orbits:

There are multiple rather large sunspots on the Sun this week – grab those solar glasses and go back out and see if you can spot them – they’re HUGE! 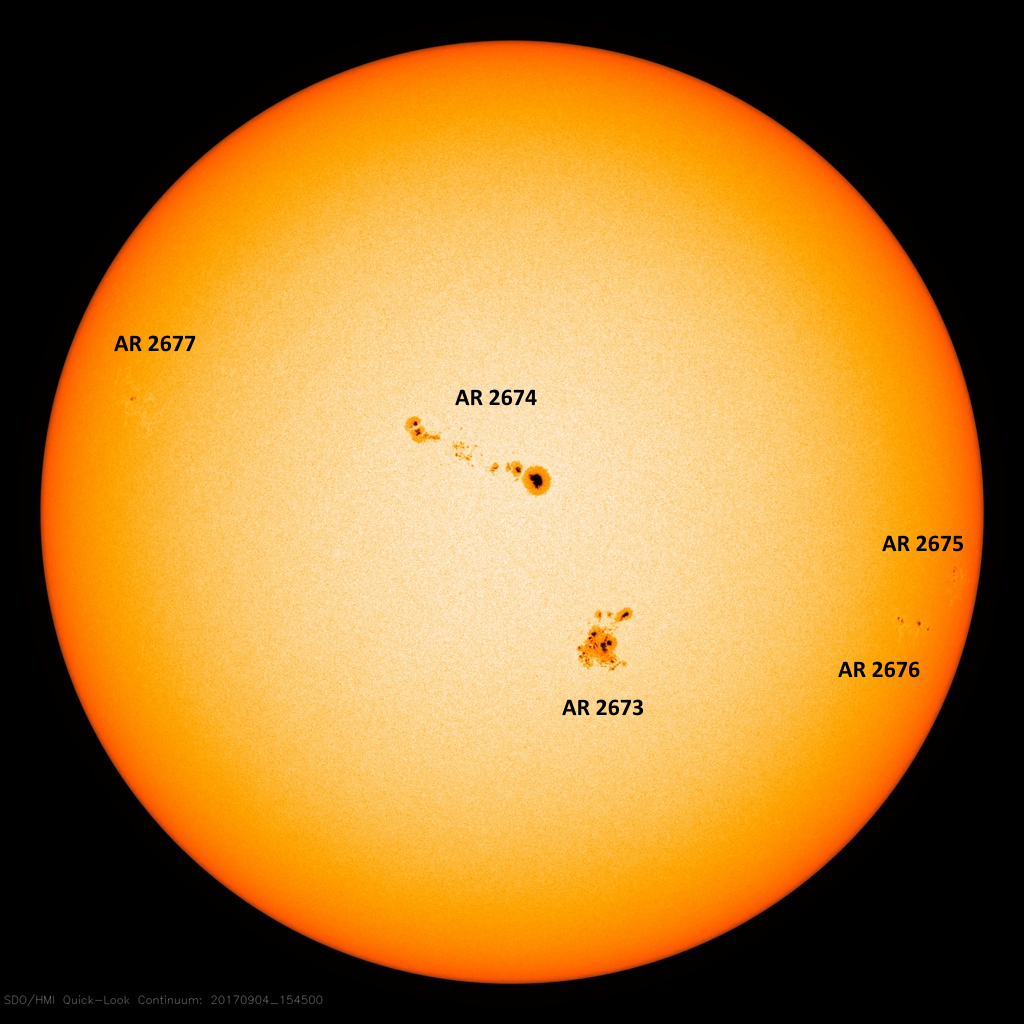 On Saturday, Sept. 2nd, AR2673 was a typical small sunspot. On Sunday, Sept. 3rd, it grew massively. Image courtesy of NASA/SDO and the AIA, EVE, and HMI science teams. 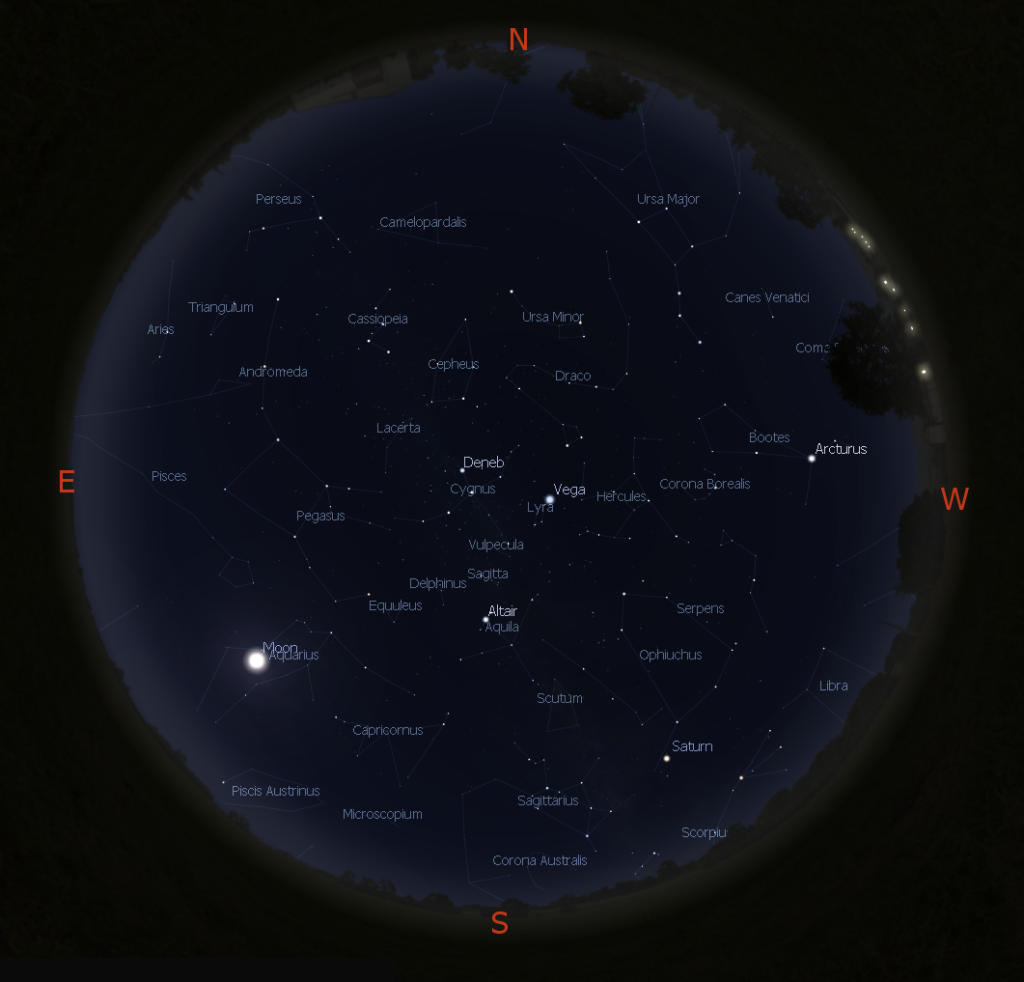 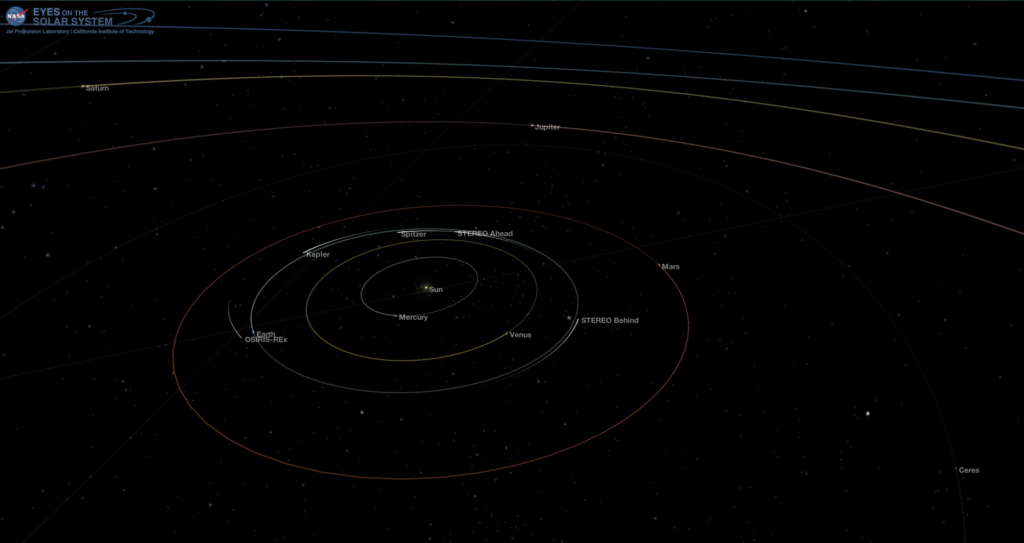 The Solar System with Asteroids and Comets: 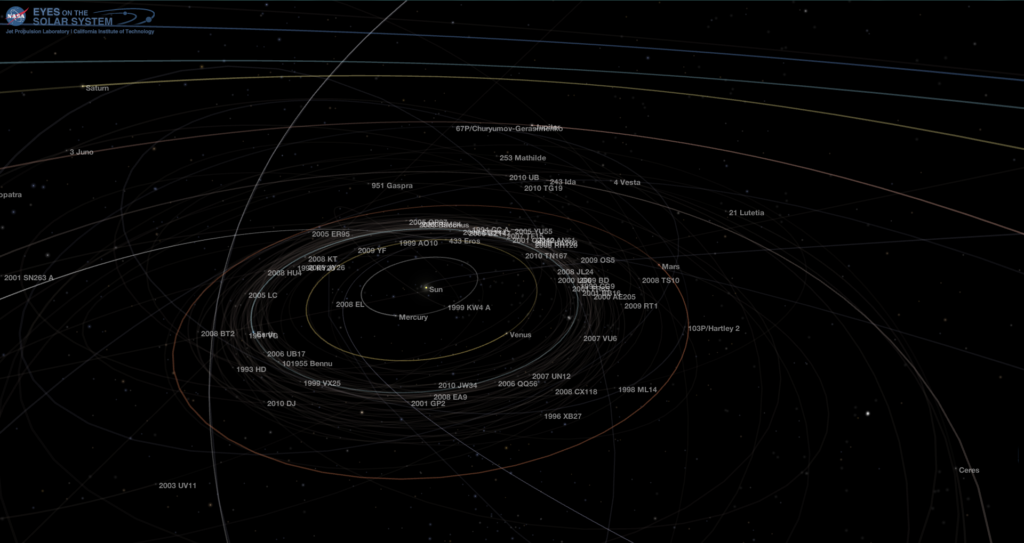 Looking at the inner solar system from a vantage point behind the Earth:

Stellarium: a free open source planetarium app for PC/MAC/Linux.
Universe Sandbox ²: a physics-based 3D space simulator.
NASA Eyes on the Solar System: an immersive 3D solar system and space mission app – free for the PC /MAC.
Space Engine: a realistic virtual Universe you can explore on your computer – free for the PC.