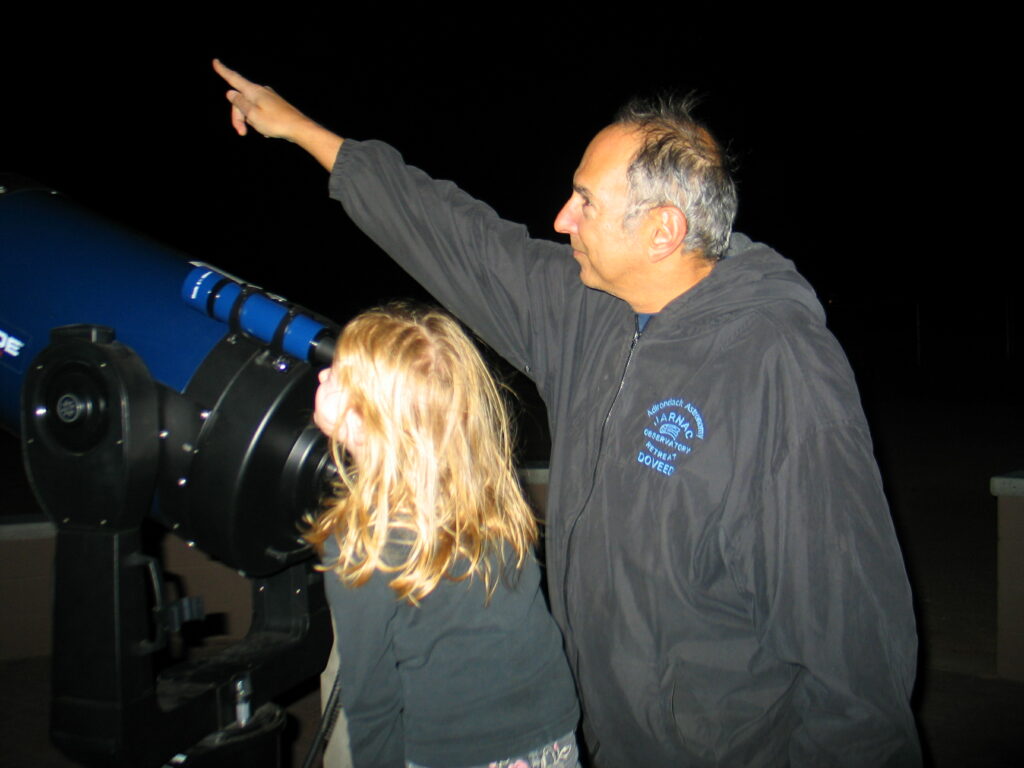 Sparking an Interest in Astronomy in Young Students

During our monthly star nights at our neighborhood Corona Foothills Middle School, I sit down on a chair near the telescope to assist with the observing. The students attending are well behaved no matter their level of interest. Some of the kids are there just for the evening’s assignment. But occasionally one student or two will sit down next to me and ask me a few questions. They don’t have to do this. They may ask how I got started in astronomy, in a time without computers, or even what my favorite planet or comet is. I love these conversations; they signify to me that the girl or boy is developing an interest in the sky, and an inquiring mind is at work – that is so rare and precious these days. That interest and curiosity may go nowhere; it may persist for a few months, or it may go everywhere. 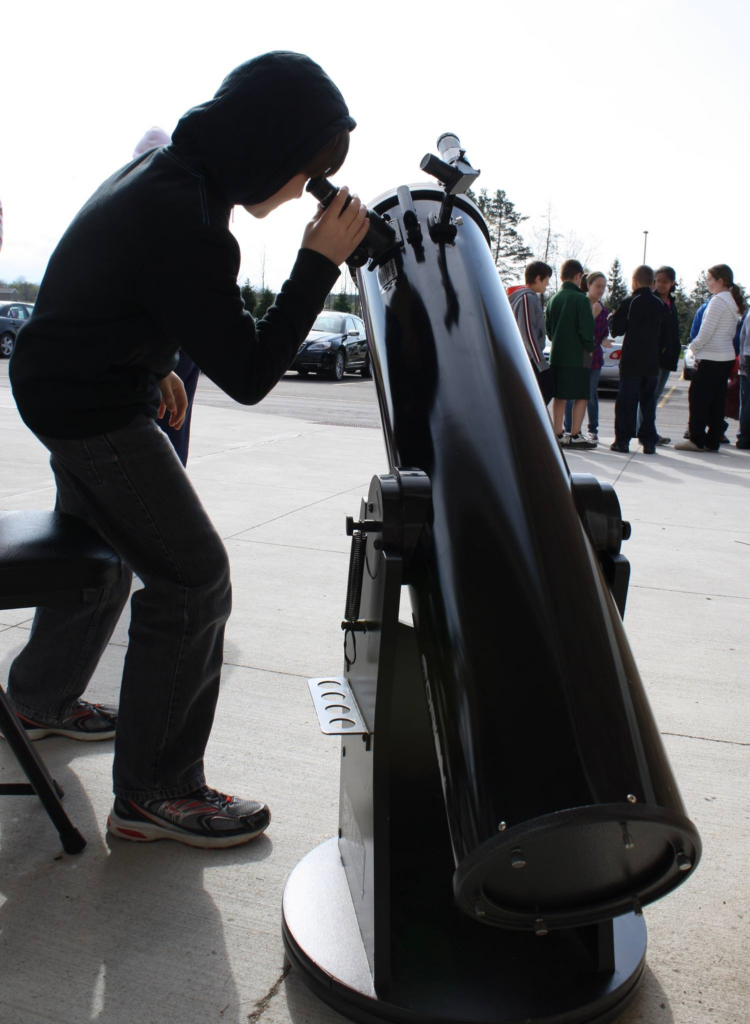 A student looking at the Sun through a Dobsonian Telescope. Credit: Bob Trembley

Why are relatively few young people getting into astronomy? Is it because almost no astronomy is taught in schools these days?  Too much TV?  The Internet? Or are astronomy clubs failing to reach the young people of tomorrow?

I would say all of these. Or more to the point, none of these. When I became interested in the night sky at the age of 12, there were even fewer astronomy lectures in school than now. I went into astronomy partly because it offered me a reprieve from the lack of friends I had as a child—I was very shy. And I embraced it because of an increasing innate love of the night sky. I knew nothing, but that’s all that was needed.

Now, Wendee and I are offering youngsters a chance to inquire about the night sky. Even if that interest is sparked among only a few, it doesn’t really matter. Our attempt might have succeeded with one child. Or five. But it did succeed. The way I see it, we cannot force a child to develop an interest in anything. The spark that sets off a curiosity, even a lifelong curiosity, must come from the child.

I might have developed an acquaintance with astronomy partly because I was searching for an interest that did not involve having to make friends. But my passion for the sky came from the sky itself and its complement of worlds, suns, and galaxies. After many years, I have made lots of friends, most of whom also love astronomy, but in a way it doesn’t matter. What began as something to avoid friendship has evolved into one of the friendliest and happiest things I’ve ever done, a lifelong friendship with the starry host that brightens our nights.

Solar telescopes observing, and prepping for an evening of public astronomy at the Astronomy at the Beach event – held each September in southeastern Michigan. The 2018 AATB event had 5000 attendees, including hundreds of school children. Bob Trembley (left) is speaking with Mark Kedzior. Credit: Doug Bock.

Looking for an Astronomy Club?

Astronomy clubs, societies and events across the U.S. can be found using the Night Sky Network – a nationwide coalition of amateur astronomy clubs that bring the science, technology, and inspiration of NASA’s missions to the general public.

Member clubs share their time and telescopes to provide the public with unique astronomy experiences at science museums, observatories, classrooms, and under the real night sky.

The volunteer NASA/JPL Solar System Ambassador (SSA) program works with motivated volunteers across the nation to share the latest science and discoveries of NASA’s missions through a variety of events that inspire their communities.

Find Your Local Ambassadors
Click here for the Directory to find an SSA near you or check the Event Calendar to see if there is an Ambassador event near you.