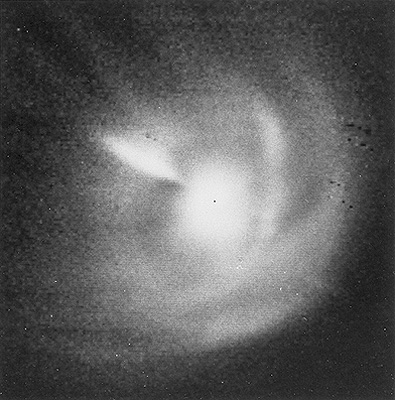 Just a week before Christmas 1844 (December 19, 1844) a sea captain named Wilmot discovered a bright comet without using a telescope. The comet was easily bright enough to be seen with the unaided eye, and remained so throughout January, and then, with a telescope, it could be followed through the end of March. The comet was as bright as Halley’s comet was, earlier, at its appearance in 1835. At the time there was some speculation as to whether this comet might have been on a similar orbit to that of the Great Comet of 1556, but George Bond, after having investigated that possibility, ruled it out by concluding the orbits were not similar enough. 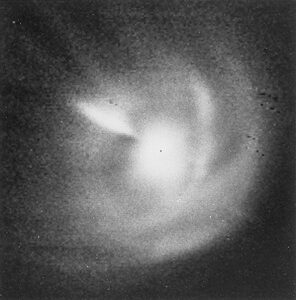 What cannot be ruled out is that the comet of 1844 might have been a large fragment of a much larger, and earlier, comet. On December 28, 2019, last year, the ATLAS project discovered a very faint comet (ATLAS is an acronym for Asteroid Terrestrial-impact Last Alert System.) The comet was magnitude 19.6 at the time of its discovery, too faint even for large amateur telescopes. ATLAS used a 0.5-meter (20-inch) diameter telescope near the top of Mauna Loa in Hawaii. 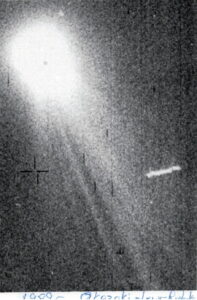 Early in 2020 the ATLAS comet rapidly brightened. On March 15 I looked at the irregular cigar-shaped galaxy Messier 82. Just beneath it in the field of view was Messier 81, a large galaxy that is gravitationally interacting with M82. By themselves, these two galaxies are lovely. But when I moved the telescope just a little lower, the comet appeared. It was easy to see but I was not aware at the time that this was the comet that was brightening so quickly.

If all goes well, the comet will pass by the Earth on May 23, and then pass perihelion—its closest point to the Sun, about a week later. If it rivals its earlier cousin, the Comet of 1844, it could be as bright as Jupiter, or maybe even as bright as Venus, being easily visible without any telescope or binoculars. Or it could fizzle. There have been several comets that were supposed to become bright, like comet Kohoutek in 1973, Austin in 1990, and ISON in 2012, but either they failed to live up to expectations, or they simply broke apart and vanished.

Comets do their own thing, as if they have minds of their own. I am fond of saying that comets are like cats; they both have tails, and they both do precisely what they want. Soon we shall see what mood Comet ATLAS is in as it prepares to round the Sun next month. With some luck, it will remind us of the Great Comets of the nineteenth century that scrawled their filmy signatures across the sky. 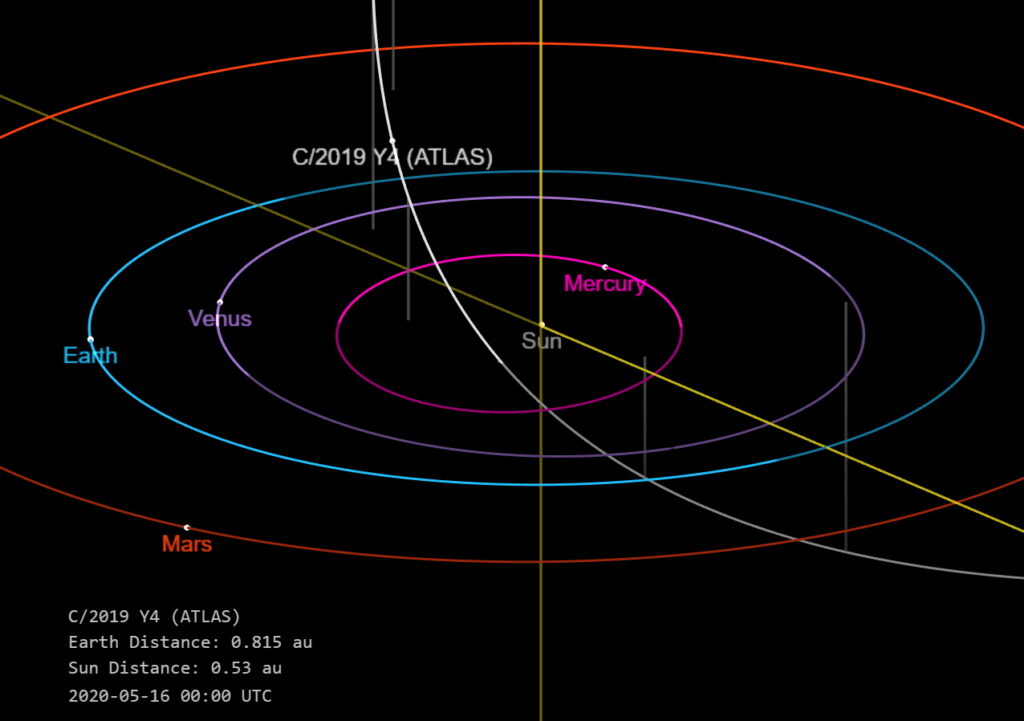 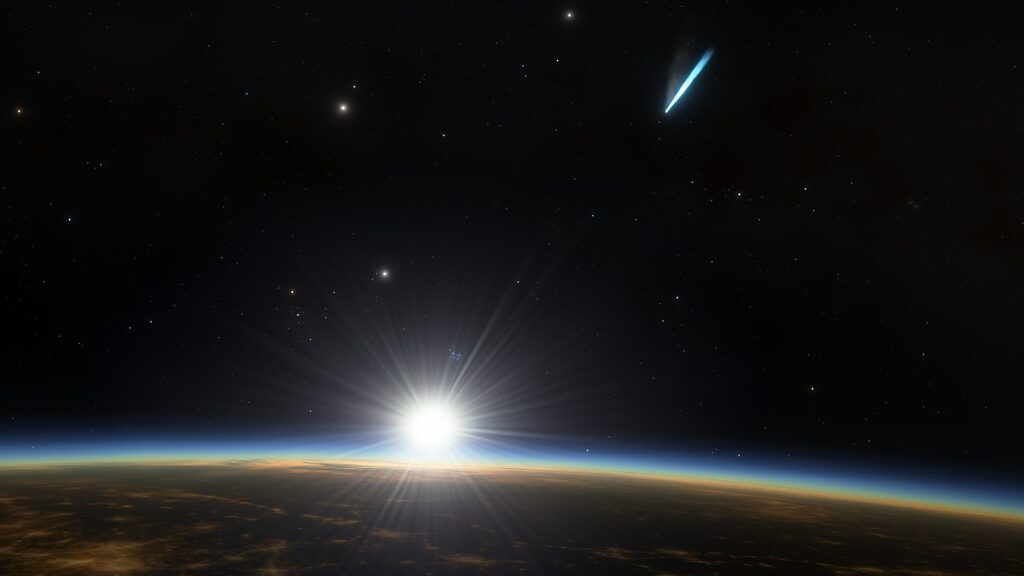