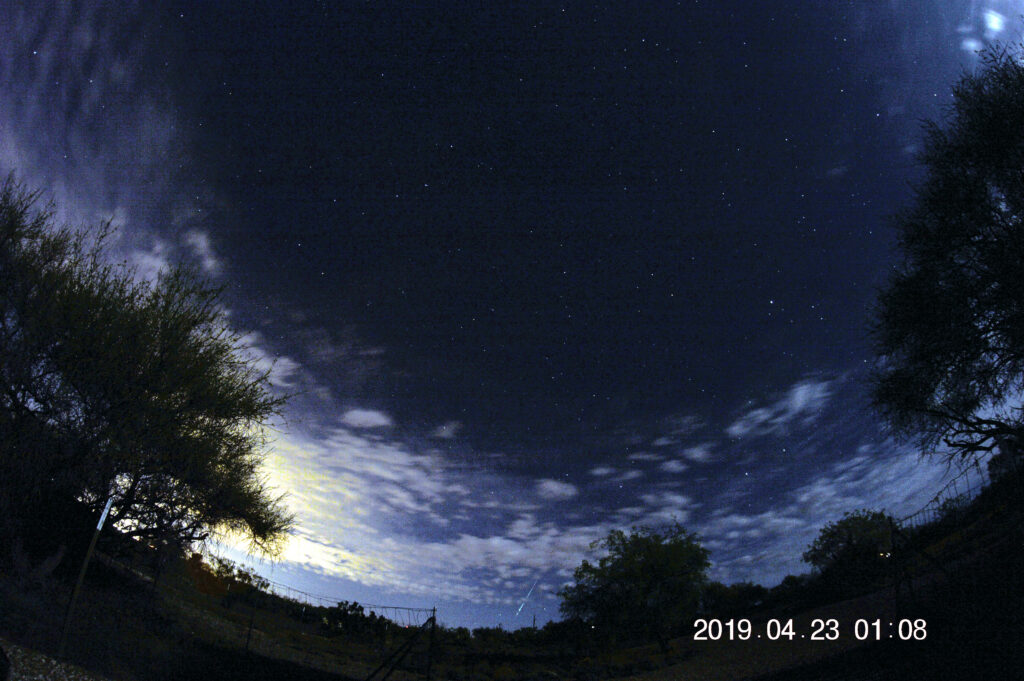 When Poetry Reaches the Stars

Long, long ago, when I was as student at Acadia University in the Canadian province of Nova Scotia, we studied the poems of Alfred, Lord Tennyson. The English 360 course was taught by one of my favorite professors, Roger Lewis. Tennyson remains one of the truly great English poets, and even in his lifetime he knew that. In 1850, upon the death of William Wordsworth, he was appointed poet laureate by Queen Victoria. In that same year he published In Memoriam A.H.H., arguably his greatest work.

More than a poet, Tennyson enriched his life with a passionate interest in science, particularly the night sky. Did he own a telescope? He surely did. Although he used it often, particularly from his home on the Isle of Wight, he often enjoyed the use of big refractor telescopes in England. He viewed some of the great comets of his time, like Donati in 1858 and Tebutt in 1861. He also noticed the discovery of Neptune in 1846. Not only was he aware of these developments, but he also incorporated them into one of the greatest poems ever written, the epic called In Memoriam.

In Memoriam grew out of Tennyson’s profound loss when his best friend, Arthur Hallam, died suddenly and unexpectedly in 1831. His grief evolved into several quatrains of poetry, then many, and he completed the work in 1850. But this poem is far more than an elegy. He framed it as a massive commentary on the progress of science during his time, particularly with regard to organic evolution and astronomy. From its dramatic opening line “Strong son of God, immortal love,” he delves into what the great telescopes of his time could reveal as

“Nature stretches forth her arms, and gleans
Her secret from the latest moon?” (CXX)

we encounter the epic’s truly powerful ending. To write that it is like a bald eagle about to soar in flight is just insufficient. Like a gigantic Saturn 5 as it roars off its launch complex to the Moon, the last two stanzas germinate, then erupt in a fiery tribute to creation itself.

The poem closes with a return to Hallam: “That fiend of mine who lives in God,” …

Tennyson then specifies God as being immortal and loving; “That God, which ever lives and loves,”  …

And then he defines the Universe as an ordered realm with a specific goal: “One God, one law, one element”.  In that one line Tennyson summarizes the purpose of In Memoriam as a statement about the interplay between science and religion.  Finally, Tennyson predicts a goal for the Universe:

“and one far-off divine event”

In Tennyson’s time that goal was not understood. But a century later, understanding of Hubble’s constant opened the great question as to whether the Universe will end in a “big crunch” in which the Universe is condensed into a single point as it was 13.7 billion years ago. The other possibility is that the universe will continue to expand forever. It is one of these two far-off events “To which the whole creation moves.”

And thus, we reach the close of In Memoriam as it moves proudly among the stars:

That friend of mine, who lives in God,
That God, who ever lives and loves,
One God, one law, one element,
And one far-off divine event,
To which the whole creation moves.

A small piece of Comet Thatcher (C/1861 G1) – these fragments encounter the Earth’s orbit annually as the Lyrid meteor shower. Tennyson might have seen this comet, but he certainly saw the next one which appeared as the Great Comet of 1861. Credit: David H. Levy.