How to see more than half the solar system at once 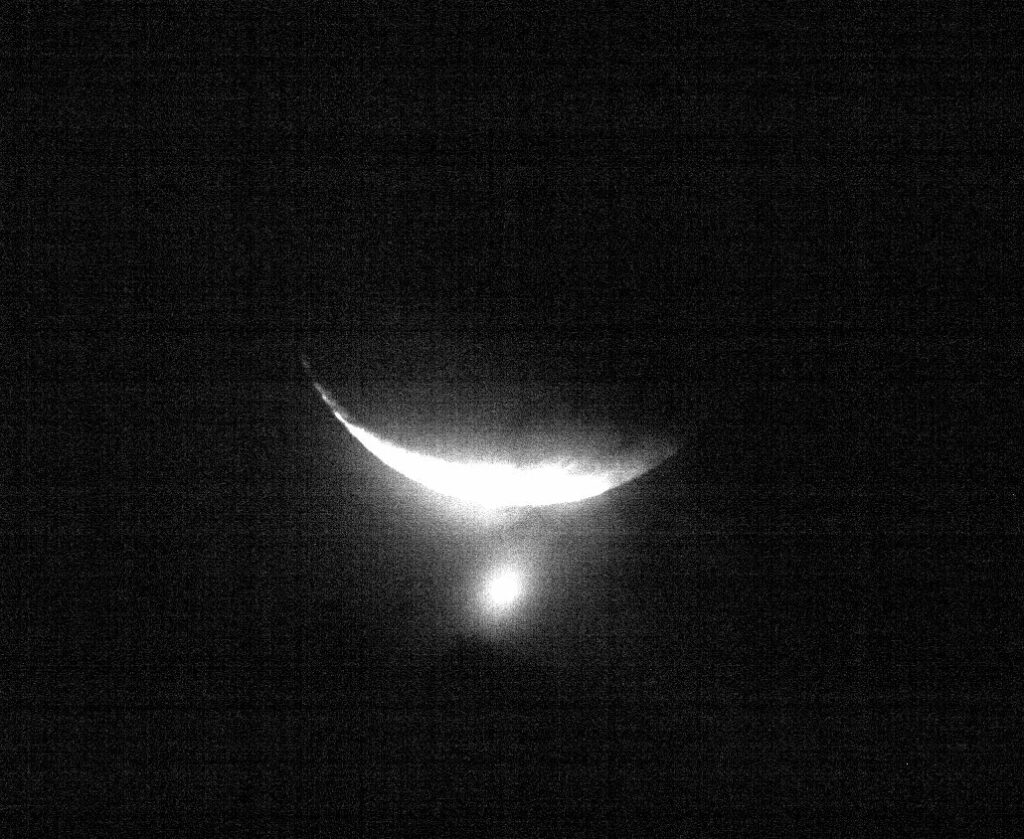 Moon about to occult Venus in the spring of 2006. Credit: David Levy.

Have you ever wondered if you could see more than half the solar system at once? An opportunity to do so does not come about often, but it does happen  from time to time. A couple of summers ago, Venus, Mars, Jupiter, and Saturn were all in the evening sky and could be spotted at once. Now, during this summer of 2020 a couple of hours before dawn, Mars, Jupiter, and Saturn are all in the sky and can be seen at the same time.

The procession begins in the evening, with Jupiter and Saturn easily visible at about the same time in the east. Jupiter is brighter than all the stars on a summer night, and through a telescope, the rings of Saturn are exquisite. Jupiter and Saturn appear to get close in the sky every twelve years, or about once every Jupiter orbit of the Sun. They were close together in 1960, 1972, 1984, 1996, 2008, and now. They were not far apart when I first looked at Jupiter through a telescope on September 1, 1960. Galileo himself could have felt no greater thrill than I did when I used my first telescope, Echo, and saw the wonderful planet, surrounded by four bright moons and decorated with gas bands in its upper atmosphere. Dad and Mom were with me and they enjoyed that unforgettable view as well. You too can replicate that experience on the next clear night.

Toward the east, Mars is brightening with every night as it gets closer to Earth. Through a good telescope you should be able to see a polar cap, and dark markings on its surface like the prominent Syrtis Major or the very large Mare Acidalium. Mars has two tiny moons, Phobos, and Deimos. I have seen Phobos, one night many years ago, using a large 36-inch diameter reflector. Two spacecraft are now on their way to Mars. One carries a rover and a helicopter intended to search for evidence of past life on this planet.

Towards dawn, Venus rises in the northeast. Although it is the brightest planet (and the brightest object in the sky after the Sun and the Moon), Venus offers virtually nothing to see through its dense clouds, even using a good telescope. However, on rare occasions it gets occulted by the Moon.  The attached picture is of one such event I saw.

During about half of the nights this summer, the Moon joins this pantheon of planets. Because the Moon is a real place that we have visited, not just an object in the sky, it is a real treat in any telescope.  Walk across the craters, climb its mountains, and skate along its enormous maria, or plains. The Moon is always wonderful.

It is not a trick to see so much of the solar system at once.  Late on the night of August 12, 2020, while observing the Perseid meteors, I viewed Jupiter low in the west, and Saturn just a bit higher in the sky. Mars was high in the south. Further east shone the waning crescent Moon. Finally, Venus was low in the east.

You do not need a telescope to see all this. Just open your eyes and behold the wonder of our tiny neighborhood in the cosmos.

Editor Note: David will be speaking at the Great Lakes Association’s Astronomy at the Beach online event on Sept.25th: “Poetry of the Night: How the Night Sky Enriches Literature Through the Ages.” David will also be participating in an “Ask the Astronomers” panel discussion the next evening on Sept. 26th!

Planets splashed across the east-southwestern sky on Sept. 18, 2020 around 11:00 PM. Credit: Stellarium/Bob Trembley.

Venus appears in the eastern predawn sky this week; the stars Procyon and Sirius form a temporary asterism with Venus across the east-southeastern sky. Credit: Stellarium / Bob Trembley.