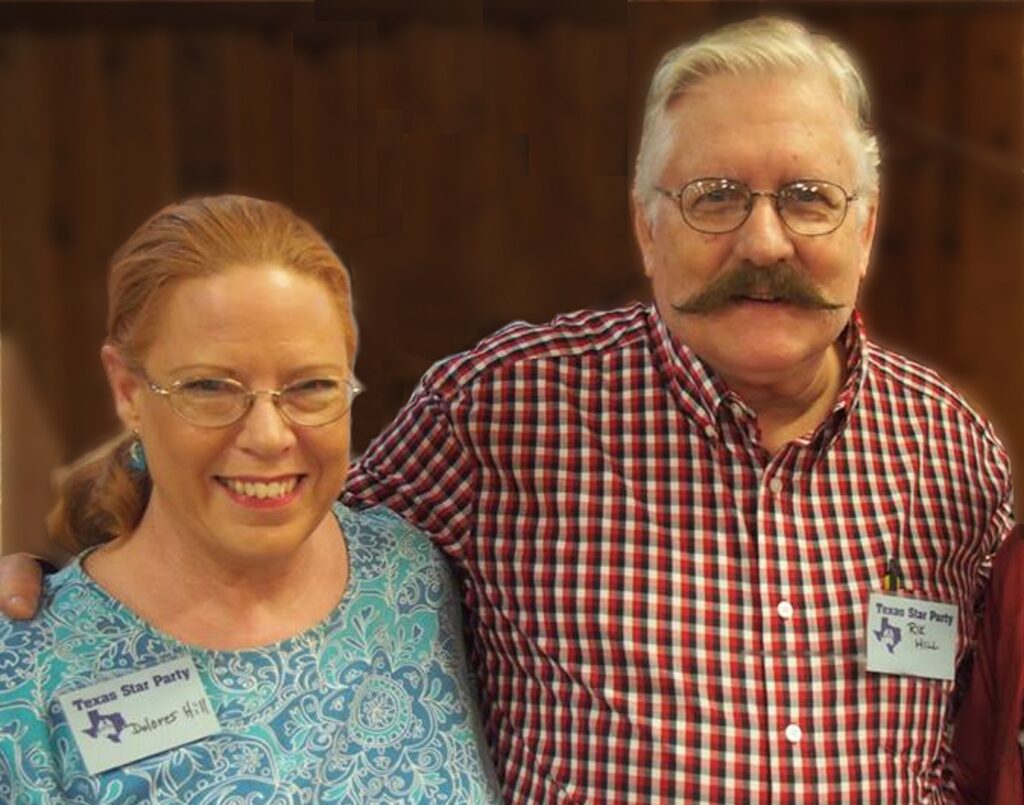 The Universe of Rik and Dolores Hill

Having lived in Arizona for 39 years, more than half my life, I enjoy looking back at some of the more interesting things that have happened. One of the nicest, a strong bond of friendship, began in January 1980, when I got a telephone call from Rik Hill. Like me, he had just relocated to Arizona to begin work running the Burrell Schmidt telescope atop Kitt Peak. It was a telescope designed to photograph large fields of the sky. At the time, Kitt Peak National Observatory was one of the world’s foremost centers of research in astronomy. There, Rik set up his big telescopic camera and began a night of taking pictures of the night sky, studying the highly energetic centers of distant galaxies that we call quasi-stellar objects, or quasars.

While Rik was working that night, I brought along my 6-inch diameter reflector telescope, which I now call Minerva.  At the time I used it (and still do) for visual comet hunting, and being able to search for elusive comets from the top of a mountain high in southern Arizona was a thrill I’ll never forget.

I ended up spending many nights atop Kitt Peak, and I enjoyed them all. With his wife Dolores, Rik and I even drove out to the Riverside Telescope Makers Conference together in the spring of 1980. As the years went by the visits became fewer, but we always remained friends, especially when years later I had the honor of presenting to him the Walter Hass award of the Association of Lunar and Planetary Observers, a prize intended to celebrate his decades of work observing other worlds in our solar system.

In more recent years, Rik joined the Catalina Sky Survey where he used a large telescope on a different mountaintop to discover no fewer than 27 comets.  Rik is now near the top of the list of people who have discovered these exciting wandering minstrels in our solar system.

Dolores is the other half of the Hill astronomy team, and to hear it from Rik, she represents its future just as he does its past. As their daughter Alyson was growing up, Dolores began working at the University of Arizona’s Lunar and Planetary Lab in meteoritics. In recent years Dolores has been a senior research specialist doing outreach for NASA’s OSIRIS-REx mission, which is currently on its way to the asteroid (101955) Bennu. When it gets there, it will study the small world, choose an appropriate site, touch the asteroid’s surface, collect a sample, and finally return the sample to Earth. I have listened to Dolores as she delivered the keynote lecture at our astronomy club’s 60th anniversary, describing how a group of scientists and engineers designed and built a spaceship, then sent it aloft to wander across the solar system to find its target asteroid. I have also enjoyed watching Dolores lead groups of children in experiments, all specially designed to increase their awareness of how humanity explores other worlds in deep space.

Rik and Dolores do astronomy as professionals, with big telescopes and spacecraft, but they have never lost the wonder that is the key to using their own telescopes as amateur astronomers. Their friendship helped ease my first difficult year in Arizona. More important, they symbolize the idea that while astronomy is meant to be studied, the night sky, with its myriad suns and worlds, is there for all of us to enjoy.