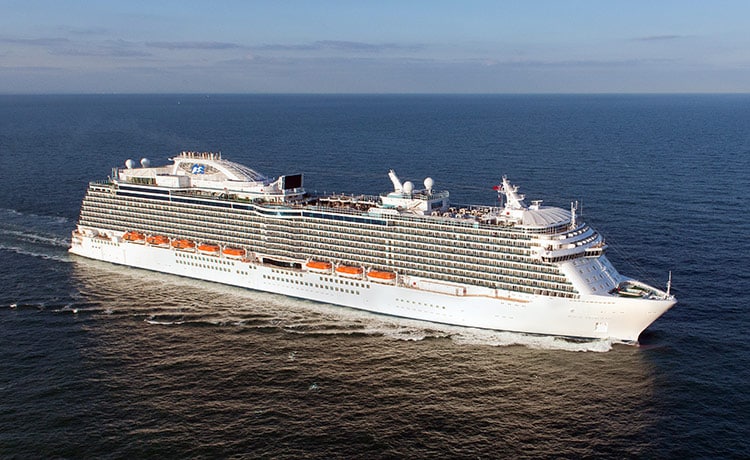 A Voyage Back in Time

The Regal Princess is a beautiful, majestic cruise vessel designed to sail to exotic destinations. In February 2018 Wendee and I boarded it for a single reason: we wanted to visit the El Caracol Observatory at Chichén Itzá.

Did we take a 7-day cruise just to see an old pile of rocks? Indeed we did. On the penultimate day, we climbed aboard a ferry boat, crossed an endless stretch of water separating the island of Cozumel from the mainland of the Yucatán peninsula, and then took a 2 ½ hour bus ride across Mexico’s Yucatan peninsula, near the site of the cosmic impacts that led to the extinction 90% of the species of life on Earth, including the dinosaurs. We saw this incredibly rich and beautiful forested land before arriving at the enchanting Chichén Itzá. One of the great cities of the Mayan civilization, Chichén Itzá’s two pyramids, multiple stone columns, and other buildings still rise in triumph to face the sky.

Much as these features attracted our interest, our goal was to encounter El Caracol, the observatory. Although a large stone dome sits atop the structure, it never housed a telescope. What it did offer were three viewing ports through which observers could view a single object: the planet Venus. The Mayan culture considered Venus extremely important; they referred to it as Chak Ek, or The Great Star. (Although we were told that the Mayan observers viewed the sky only by reflection through water, I can find no evidence to support that contention.) 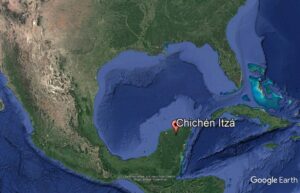 Why would Venus, Earth’s sister world, inspire such interest among a people that flourished thirteen hundred years ago? The Mayans, it turns out, were one of the  great pre-Columbian civilizations, and It has been a UNESCO World Heritage site since 1988. The Mayans were scholars, athletes, scientists, at a time when modern Europeans were barely able to write. They had an alphabet, wrote in hieroglyphics, and built structures to teach them about the movements of objects in the heavens.

They had a special interest in Venus, and built a great observatory to study its motion. They designed the stairs at the front of El Caracol to face 27.5 degrees north of east, out of line with the other buildings but a perfect match for the position of Venus at its most northerly extreme. Further, a diagonal formed by the northeast and southwest corners coincides with the position of sunrise at the summer solstice and that of sunset at the winter solstice.

At the top of the dome is the base of a tower. In its heyday the full tower was cylindrical. It was reached via a narrow winding staircase loosely translated to caracol, or snail. Three openings serve as viewing shafts to allow observers to watch Venus rising at its northern and southern extremes and sunset at the equinoxes. 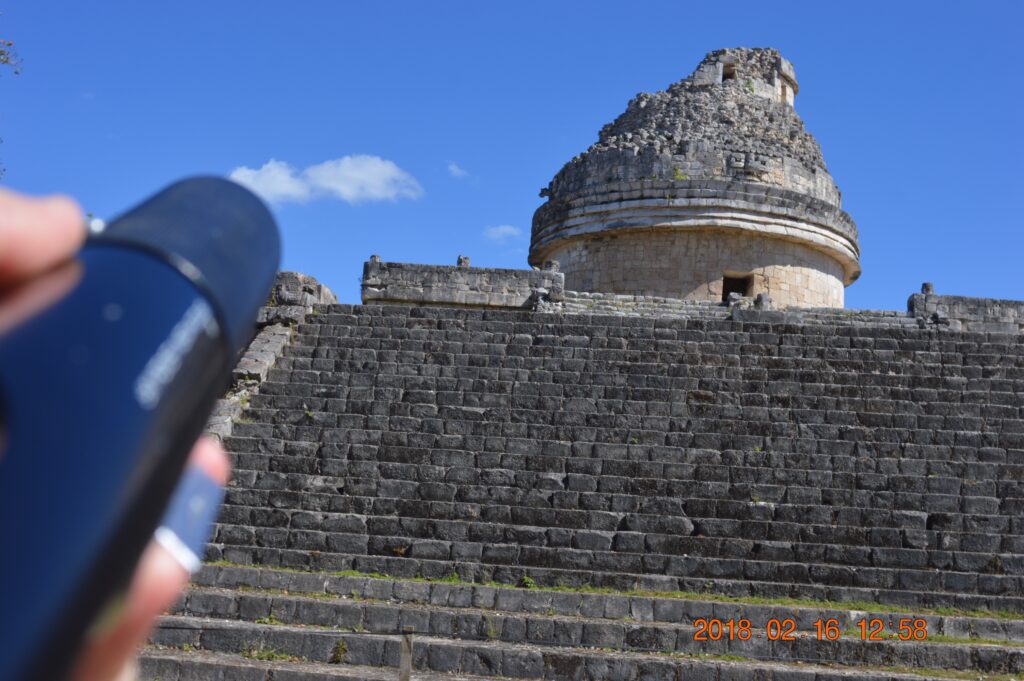 Despite their many accomplishments, the Mayans could not actually observe Venus. That had to wait for the present, when crowds of tourists visit the site, and at least one of those visitors brought along a telescope. The Mayans could not see Venus through a telescope because they had no telescope. But I did, and through it I can see that Venus is a world with phases like the Moon.

We voyaged a great distance, but the most exciting aspect of it was our journey through time. For a brief period we were immersed  in another era during which some very smart people looked to the stars, understood the motions of the planets almost as well as we do today, and asked questions about the sky. 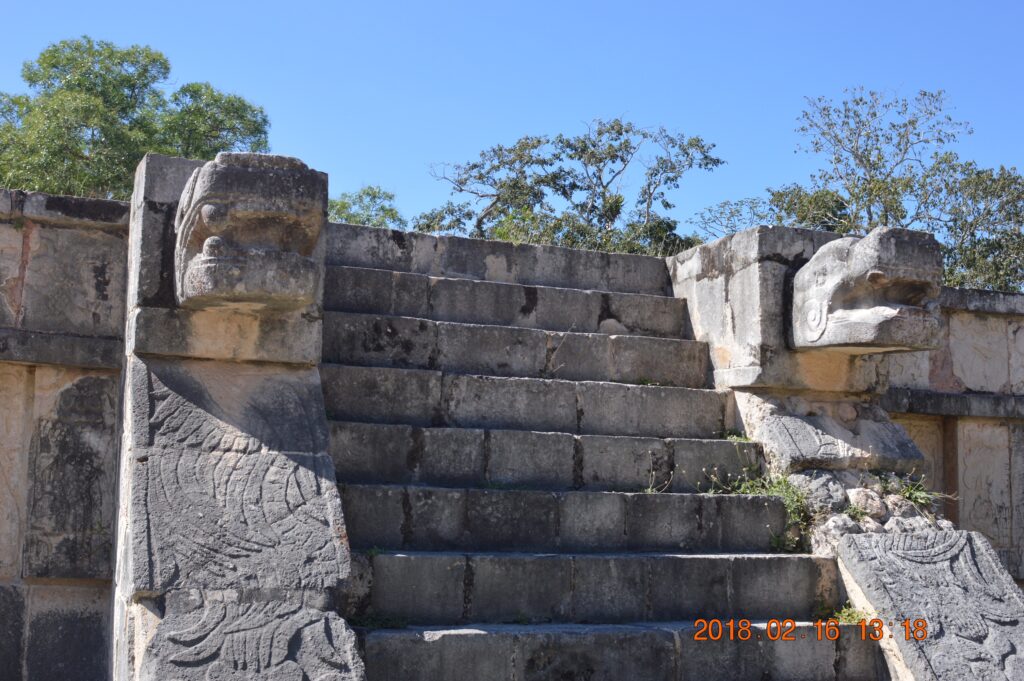