Have you used electrical technology today?  Something with a battery?  Something that sent information over wires?  Or wirelessly?  You surely used a smart phone, or the internet, or something plugged in to a wall outlet.  Perhaps you just listened to the radio.

Where did this technology come from? 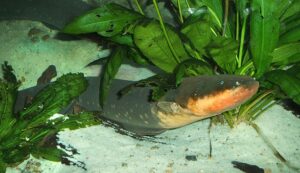 The electric battery, so important to so many devices, started it all.  Alessandro Volta created the first one around the year 1800.  Studying electric eels led him to the principles of battery construction.  Volta’s battery (and yes, the term “voltage” comes from his name) was the first good way to generate a steady flow of electricity.  With it, electrical technology took off.  With batteries, people could communicate rapidly, by sending electrical signals over wires.  The telegraph was the start of that; now we have the internet.  We have electric cars, thanks to improvements both in batteries and in the electric motors that move those cars.  Michael Faraday’s discovery that electricity and magnetism were interrelated led to those electric motors—and also to magnetic information storage, such as computer hard drives.  James Clerk Maxwell realized that electromagnetic energy could travel not just along wires, but wirelessly, along waves through space.  Faraday and Maxwell both worked in the middle of the nineteenth century.  By that century’s end, Guglielmo Marconi, applying the principles they discovered, had developed the technology to transmit and receive signals wirelessly—a wireless telegraph.  Thus, much of our technology came from the work of these scientists (and others, too) between the years 1800 and 1900.  They would understand how your smart phone works!

All four of these scientists were people of faith.  Volta and Marconi were both active Catholics.  Volta once wrote out a statement of faith (reportedly as part of an effort to convert a fellow scientist, who felt that science and faith did not mix), noting that, while he was guilty of many sins, “through the special mercy of God I have never wavered in my faith.”  Faraday was a Scottish Glasite Christian who spoke of the principles of nature as being a book, written by the finger of God, which a scientist studies.  Maxwell, a member of the Church of Scotland, also saw science as the study of God’s work.  He put this idea to verse:

Through the creatures Thou hast made
Show the brightness of Thy glory,
Be eternal Truth displayed
In their substance transitory,
Till green Earth and Ocean hoary,
Massy rock and tender blade
Tell the same unending story—
“We are Truth in Form arrayed.”

Teach me so Thy works to read
That my faith,—new strength accruing,—
May from world to world proceed,
Wisdom’s fruitful search pursuing;
Till, thy truth my mind imbuing,
I proclaim the Eternal Creed,
Oft the glorious theme renewing
God our Lord is God indeed.

We have our modern technology thanks in significant part to scientists who believed in a God who created a natural world that ran on true principles.  These truths could be known by reading God’s natural works, and then put to wise use.  You put them to use whenever you use a piece of electrical technology.

Volta, Faraday, and Maxwell are all featured in the “Religious Scientists” section of the Vatican Observatory Faith & Science pages.  Click here for it.

This post originally appeared in October as a “Science in the Bluegrass” column in The Record, the newspaper of the Archdiocese of Louisville.