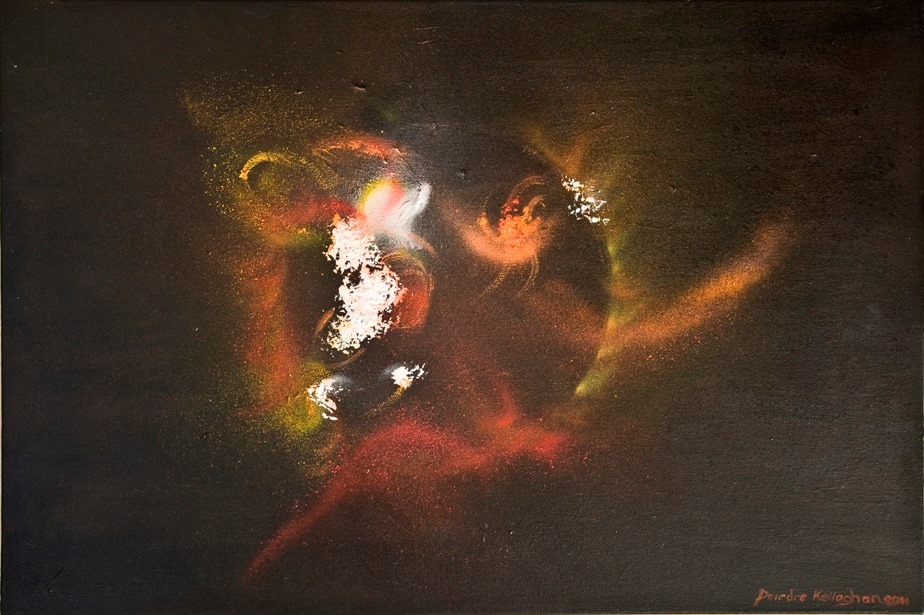 Some time ago a painting of mine won a prize in the My Sun My Star Contest. This was a solar art competition involving photographs, drawings and paintings inspired by the sun. The contest was run by The National Solar Observatory in Boulder Colorado. One of the aspects of the prize is that my painting X-Ray Sun (above) will go on exhibition . On Friday September 20th if you are in Hawaii (how exotic) one of my paintings and in addition one of my solar drawings will be on show.

Since the prize came my way I was asked if another work of mine could be included in their exhibitions. NSO requested one of my solar drawings. That sketch it is called East Limb Proms. The venue is The University of Hawaii – Institute for Astronomy, it is on the island of Maui. The event is an open day for the IFA ( Institute for Astronomy ) in partnership with the DKIST ( The Daniel K. Inouye Solar Telescope)

I wrote about my painting here in recent months . This is the link to my blog on X-Ray Sun

East Limb Proms is a pastel drawing it was created back in 2012 and it is dramatic even though I say so myself 🙂 I absolutely love solar drawing, it is hugely challenging but totally absorbing. One of the things I love about it is that my PST Telescope is tiny. It is only 40 mm in diameter. The image of the solar disc I see is even smaller than that, within my field of view.

The challenge is to observe  prominences, filaments or active regions very closely. Let your eye settle on the target and look at the action for shapes. In this solar sketch, there was a very distinctive set of  proms on the limb which appeared to be rolling. It also looked like it was twisting at the same time and looping itself into an excited state of energetic mania. This kind of prom is known as a hedgrow prom.

Lower down in the drawing (below) look at the dark filament rising up from the solar disc. It is darker than the photosphere below because it is cooler. It seems to  whisk itself  around the limb joining itself to another exuberant leaping prom whose anchor is just out of sight. These are known as filaproms, the kind that clearly show their anchors and the height they gain are very dramatic to the eye.

These hot gasses move out from the limb to reach many thousands of miles above the sun. As a result the the dark filament part  thereby instantly gains the title of prominence (prom)as the structure stands out against the blackness of space. Filaments and prominences are both the same hot gas feature, it is the positions of both together that subsequently gives us the word filaprom.

Lastly if  you are lucky enough to be in Maui Hawaii do go visit the exhibition. Likewise if you find my drawings interesting I have included some astronomical prints in my online shop. Lunar and Solar high-quality prints are available also some Irish animals that live in the countryside around me. Click here to see them, postage is free. 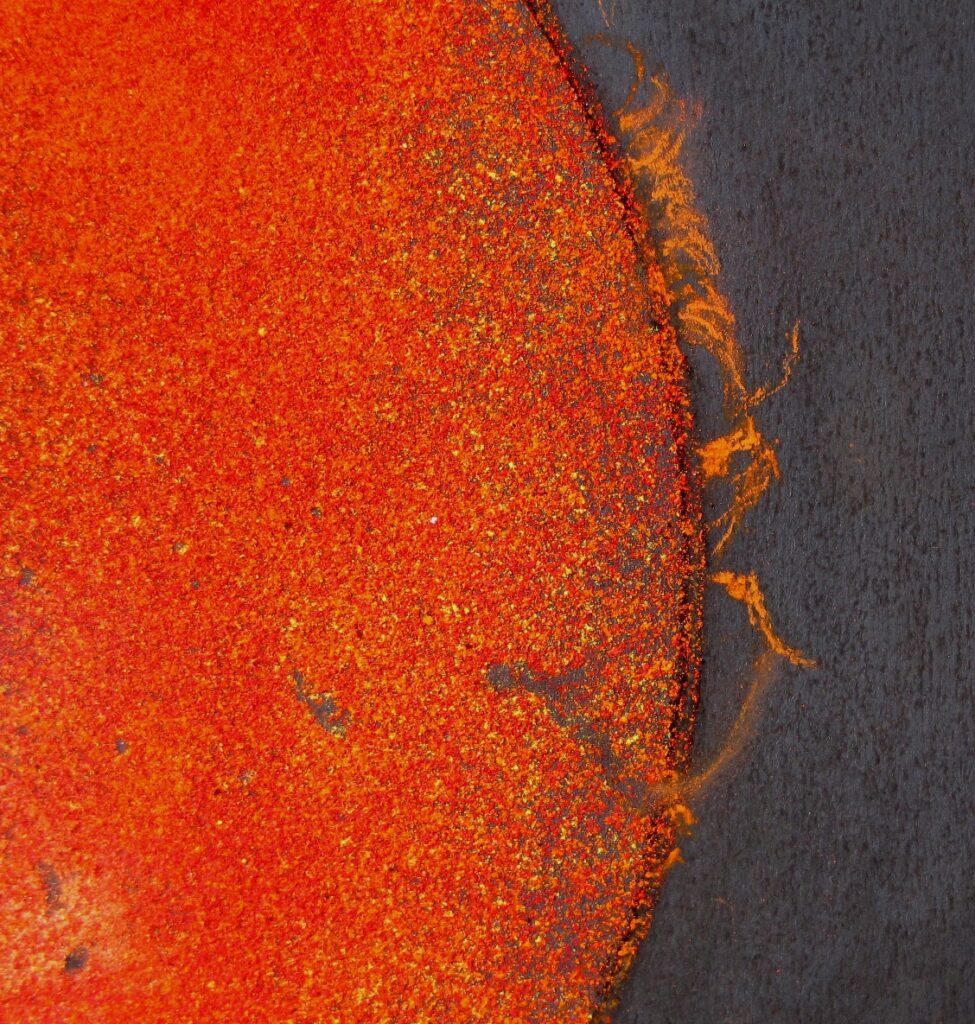