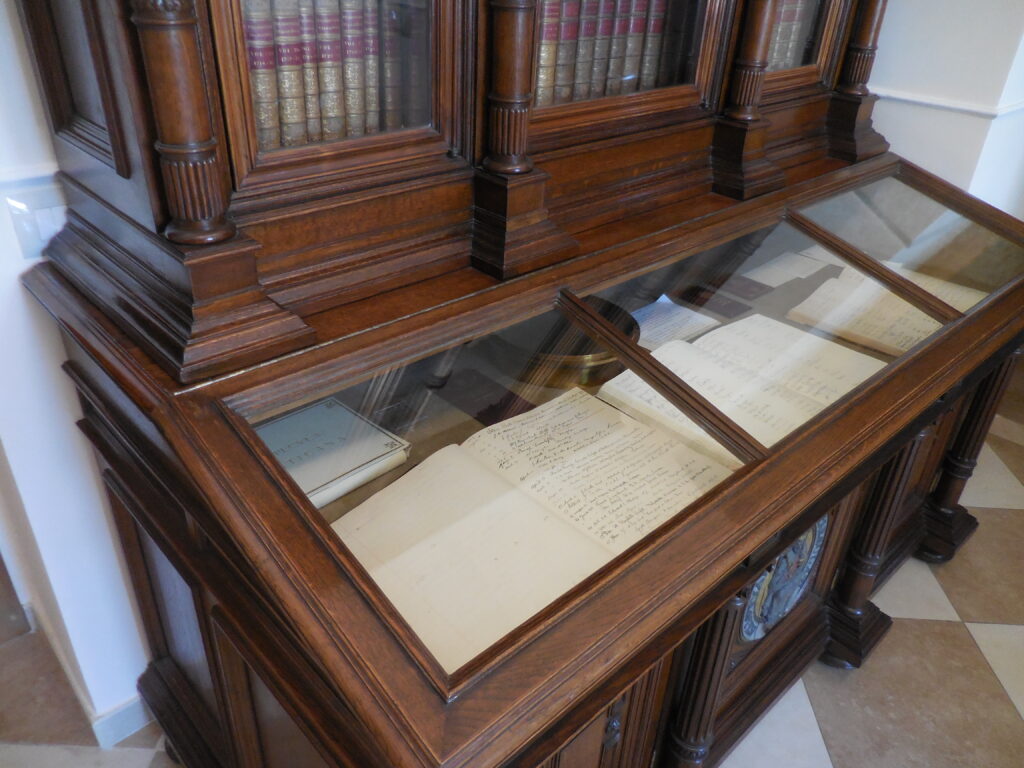 At this point, the column Specola Guestbook has been going for more than a year, so I thought I would take a moment to reflect on it. 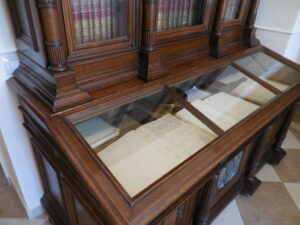 First, a little background:  The guestbook is not just one book; there are several. The most recent sits on a table at our entrance where new visitors can sign in. (Unfortunately, that book shall remain untouched for the duration of the coronavirus shutdown, as we are not receiving visitors.)  The one beginning in 1907 sits in a nearby display cabinet, opened to a page that changes regularly.  I do not know if there is a separate book covering 1891-1907, the period of the directorship of Francesco Denza C.R.S.P. (a Barnabite). It was after Denza’s death in 1907 that the Observatory was restructured and entrusted to the Jesuits.

The cabinet containing the book sits right outside my office. I spent many hours leafing through its pages, and was amazed at the names I came across. It includes notable scientists, such as Georges Lemaitre, Fred Hoyle, and Harlow Shapley; religious figures such as Walter Ciszek, Augustin Bea, and every Pope from at least Pius XI (except John Paul I, who was unable to make a visit as Pope); as well as more popular celebrities like Sir Arthur C. Clarke and Sir Alec Guinness.

I would often remark on a notable find to our director, Br. Guy Consolmagno.  It was he who suggested that I create this column in the Sacred Space Astronomy blog.

When I started the column, I had two purposes in mind.  First, of course, was to show off the names and provide interesting content to the blog’s readers.  The second purpose was to make a more subtle point.  The Vatican Observatory has, over the course of its almost-130-year history, received numerous distinguished visitors. These people made the effort to visit this institution because we are worth visiting.  The scientists collectively provide evidence that we are respected as a scientific institution. Some of their visits are associated with major events, such as the inauguration of the Pontifical Academy of the Sciences or the very first General Assembly of the International Astronomical Union (IAU). The religious who visit us witness to our valuable contribution to the Church.  And the other visitors–celebrities as well as the myriad ordinary folk who go out of their way to come here–speak to the fact that we are of public interest as well.

Once I started this project, it evolved somewhat. Rather than just highlight a few names that stood out on first perusal, I started going line-by-line through the entries.  This involved spending quite a bit of time on internet search engines, but I think the effort has paid off.  I should note that I am not an historian; neither do I have access to the kind of resources that would help this project. 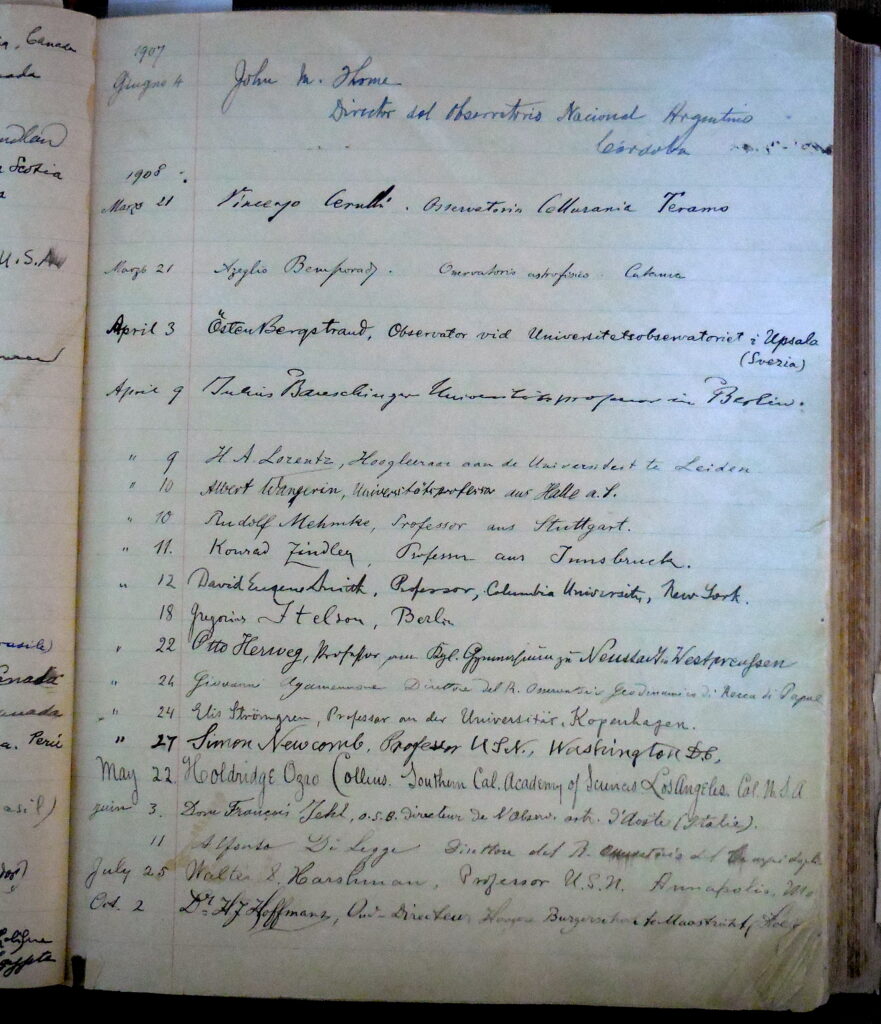 One page from the guestbook

As a result of this process, I have learned about so many people who were completely unknown to me before. I hope that if you have regularly read this column you have also learned about someone new.  Just to highlight a few, there’s Dorothea Klumpke, the first woman to receive a Ph.D. in the sciences; Guido Horn d’Arturo, who developed the first segmented telescope mirror; and just last week I wrote about Walter Gale, for whom Gale Crater on Mars is named.  The book is full of such surprises, and it is the joy of discovery that keeps me going through it line by line.

If you have had the chance to visit the Vatican Observatory, you probably also signed the book. Your name became part of the same history, the same legacy, as all those others: Hendrik Lorentz, Margaret and Geoffrey Burbidge, Frank Borman, Henry Norris Russell, Peter Debye, etc.  If you have not yet had the chance to sign it, hopefully you will do so in the future (sometime after the coronavirus crisis is over, of course).

Here are a couple small requests if you do sign the book (not just our book, but any): First, please do sign as you ordinarily would, but if your signature is hard to read, also print your name.  Many of the signatures in the guest book are completely illegible. Second, provide some affiliation or useful information.  I have been able to get past several illegible signatures because the person wrote something like, “Director of the X observatory,” which was then separately searchable. It also helps distinguish people with common names, like John Smith: professor of mathematics at Smartypants University vs. John Smith: hedge fund manager from Peoria. Future historians (or enthusiasts) will thank you for it.

I also signed the book on my first visit to the Specola, back in the summer of 2004.