In the middle of the page, between March and April 1922, there is a red line drawn in the guestbook.

What’s that line doing there?  The explanation becomes apparent when you see what is written in the top margin of the book:

The International Astronomical Union (IAU) was founded in 1919, with general assemblies of astronomical representatives from around the world to meet every three years.  The first general assembly was held in Rome in May 1922.  On the occasion of this meeting, a large number of attendees (starting with some arriving as early as April) would make a visit to the Vatican Observatory, which at the time was still located within the walls of Vatican City.

Over the next several weeks starting with this entry, I will be highlighting the attendees of the meeting who signed our guest book. There will probably be about five names per week.  This week, we will look at five members of the IAU who arrived as early as mid-April in anticipation of this historical event.  They are Robert Aitken, Heber Curtis, Jacob de Vos van Steenwijk, Aloysius Cortie, and Johan Stein. 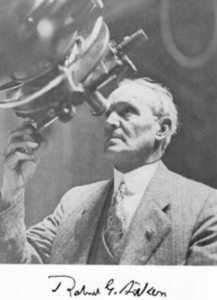 Robert Grant Aitken (1864-1951) visited on April 13. Next to his name, he wrote, “Astronomer in the Lick Observatory, Mount Hamilton, Calif.”

His research was predominantly focused on cataloging binary stars, of which he discovered about 3100.  He also computed orbits for comets and planetary moons.

He was president of the Astronomical Society of the Pacific in 1899 and again 1915.

He was the first chair of the IAU committee on double stars.

The asteroid 3070 Aitken, the lunar crater Aitken, and the lunar South Pole-Aitken basin are named in his honor. 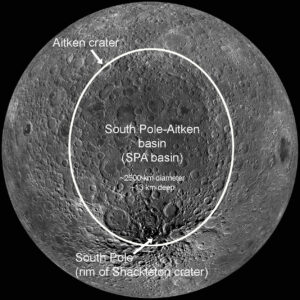 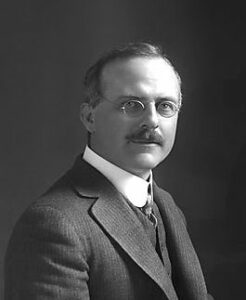 He was among the first to observe an active galactic nucleus (M87).

The famous Shapley-Curtis debate (AKA the “Great Debate”) occurred between himself and Harlow Shapley in 1920, held at the Smithsonian Museum of Natural History. Shapley held that spiral nebulae were part of the Milky Way, while Curtis proposed that they were distinct galaxies apart from the Milky Way.  It is generally considered that Curtis gave the better argument. Regardless, the controversy over spiral nebulae was resolved the following year when Edwin Hubble was able to measure the distance to the Andromeda nebula, which lay far outside the Milky Way.

He also invented a novel compact design for a blink comparator.

He was president of the Astronomical Society of the Pacific in 1912.

The lunar crater Curtis is named in his honor.

He served on the IAU committee on stellar parallax and the commission on nebulae and stellar clusters. 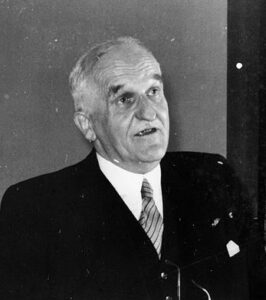 He was an astronomer who later turned to politics. He served as mayor of Zwolle, then mayor of Haarlem, and later the Queen’s Commissioner of North Holland.

He served on the IAU finance committee. 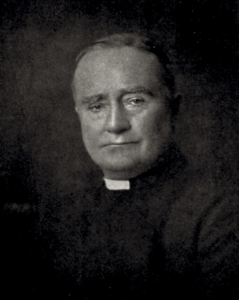 He was primarily a solar astronomer, studying sunspots and solar magnetic storms.

He participated in several eclipse expeditions.

He served as director of the Solar Section of the British Astronomical Association, president of the Manchester Astronomical Society.

He also was the director the Stonyhurst College music program.

He served on the IAU committee on solar physics. 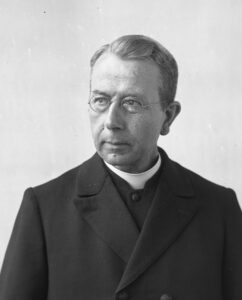 He had served as an assistant at the Vatican Observatory from 1906-1910, but returned temporarily to Holland, where he taught mathematics and science at St. Ignatius College.

He would return to the Vatican Observatory as its director in 1930, at which time he would oversee its move from inside Vatican City to Castel Gandolfo.

He was a knight of the Order of the Lion in the Netherlands.

There is a crater on the far side of the Moon that bears his name.

He served on the IAU committee on variable stars.