Today’s guestbook entry is from August 6, 1913, when Sergei Blazhko made a visit. 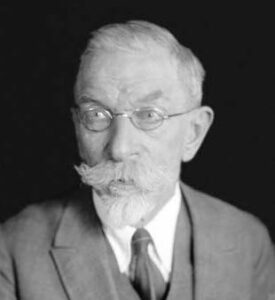 Next to his name, Sergei Nikolaevich Blazhko (1870-1956) wrote, “Observ. astron. de l’univ. de Moscou” (“Astronomical observer of the University of Moscow.” [n.b. The discrepancy in spelling of his name is due to transliteration from the Russian: сергей  блажко.]

He studied RR Lyrae variable stars. In his research, he discovered that they have a secondary variation in amplitude and period. This is now known as the Blazhko effect.

There is a crater on the moon named for him.