Today’s guestbook entry is from December 24, 1912, when Wilhelm Foerster made a visit. 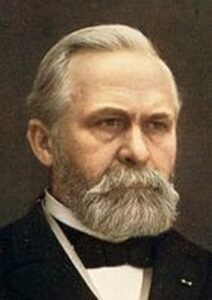 In 1860, he participated in the discovery of the comet 62 Erato.

He served as director of the German commission for standards in measurement, and in 1891 became president of the International Bureau of Weights and Measures.

He also was a pacifist who participated in organizations that promoted the cause of international cooperation and opposed nationalism. Along with Albert Einstein and a few others, he signed a manifesto opposing World War I.

The observatory Wilhelm-Foerster-Sternwarte e.V. (Berlin) was named in his honor.

The asteroid 6771 Foerster is named for him.