Today’s guestbook entry is from January 5, 1910, when Vincenzo Cerulli and Giorgio Abetti made a visit. 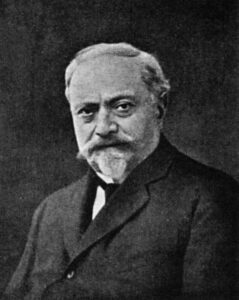 He was the founder and director of the Collurania-Teramo Observatory, located in Teramo, Italy.  With the 40-cm refractor installed there, he made observations of the planet Mars, and concluded that the “canali” were optical illusions.  He discovered the asteroid (704) Interamnia.

The Martian crater Cerulli is named after him, as are the asteroids (366) Vincentia and (31028) Cerulli. 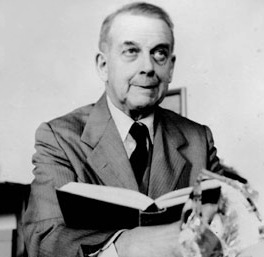 Next to his name, Giorgio Abetti (1882-1982) wrote “Istituto di Fisica Terrestre della R. Università – Napoli” (Institute of Terrestrial Physics of the Royal University of Naples).  He made many later visits, most of which were signed with the affiliation Collegio Romano, where he was an astronomer.

From 1921 to 1957, Abetti would be director of the Astrophysical Observatory of Arcetri outside Florence. (The observatory is within sight of the villa where Galileo spent the latter part of his life.)  During that period, he would lead several solar eclipse expeditions to remote places such as Siberia.

Abetti became vice-president of the International Astronomical Union in 1938. There is a lunar crater named for him. The asteroid (2646) Abetti is named both for him and for his father, Antonio Abetti (also a prominent astronomer).