Since its founding in 1891, many people have passed through the doors of the Vatican Observatory.  A quick perusal of our guestbook reveals several Names, including Popes, nobel laureates, astronauts, actors, and saints. Today’s guestbook entry is from July 15, 1914, when Caroline Furness made a visit. 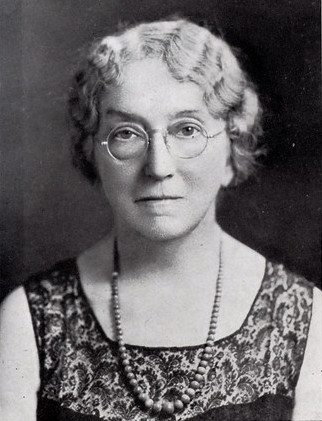 Next to her name, Caroline Ellen Furness (1869-1936) wrote, “Vassar College Observatory, N.Y.”  She was an astronomer who directed the Vassar observatory.

She was the first woman to receive a Ph.D. from Columbia University in 1896. She studied there under Harold Jacoby.

At Vassar, she taught the first course on variable stars offered in any American university. She literally wrote the book on the subject, with her 1915 tome, Introduction to the Study of Variable Stars.

In 1910, she became acting director of the Vassar observatory while the previous director, Mary Whitney, was on medical leave.  After Whitney’s retirement in 1915, Furness formally took the director’s title. She would hold the post until her death in 1936.