Today’s guestbook entry is from July 4, 1913, when Curvin H. Gingrich made a visit. 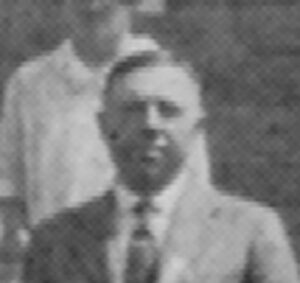 Next to his name, Curvin Henry Gingrich (1880-1951) wrote, “Popular Astronomy, Goodsell Obsy. Northfield, Minn.” He was the third editor of the magazine Popular Astronomy.

From 1909 until his death in 1951, he was on the faculty at Carleton College in Northfield, MN. His research involved the measurement of positions and proper motions of stars, and later photometry.

He joined the editorial staff of Popular Astronomy in 1910, and became its editor in 1926. Under his leadership, the magazine developed a close relationship with the American Astronomical Society.  Unfortunately, the magazine died shortly after Gingrich in 1951.