For the past few weeks, we have been highlighting visitors who came on the occasion of the first General Assembly of the International Astronomical Union.    Today’s visitors all came on May 10, 1922. They are Annie Dodwell, Frank Littell, Cesare Bardeloni, Armand Baar, and Gustave Ferrié.

There is a “M.P. Stroobant” who signed, possibly the spouse or family member of Paul Stroobant who signed on the next page.

I have not been able to find any references for this person.

She was also an expert on British imperial politics and a member of the League of the Empire.

Annie L.V. Dodwell died of cancer in 1924. She is not to be confused with George Dodwell’s second wife, also named Annie, whom he married in 1926. 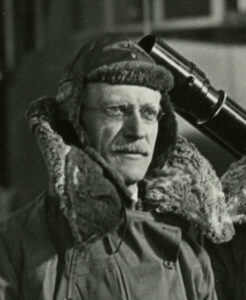 I haven’t found much information about Frank Littell. He was an astronomer for the U.S. Naval Observatory and participated in several eclipse expeditions as well as expeditions for longitude measurement. 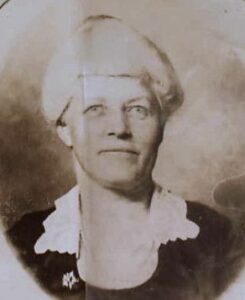 The engineer Col. Cesare Bardeloni (1872-1933) did not append anything to his signature.

He was a specialist in the military use of radio. He invented the Bardeloni rectifier, a crystal receiver designed for use by the Italian army during World War I.

He was a member of the IAU commission on determining longitudes by wireless telegraphy.

I have found very little about Baar, but it appears that he was a mining engineer and entrepreneur who was also an art collector.  He contributed a rather substantial collection of glass artworks to the Grand Curtius museum in Liège. He was president of the Liège Archaeological Institute.

He attended the IAU as an official delegate of the International Chamber of Commerce. 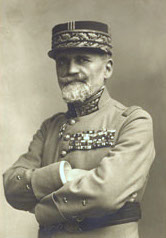 Ferrié was an electrical engineer with the French army Corps of Engineers.   He was a pioneer of French wireless telegraphy who established wireless communications between France and England in 1899. He invented components that improved the use of radio.

He actively promoted the application of the use of wireless radio in the determination of longitudes, the measurement of time, and in broadcasting.

Ferrié was president of the IAU commission on determining longitudes by wireless telegraphy, and also served on the commission on time.