For the past few weeks, we have been highlighting visitors who came on the occasion of the first General Assembly of the International Astronomical Union.    Today’s visitors all came on May 10, 1922. They are George Dodwell, Jean Bosler, Jules Jaumotte, Henri Deslandres, and Joaquín Gallo. 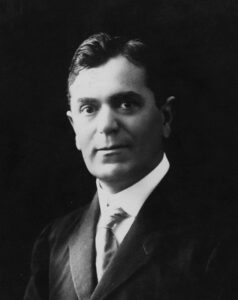 Dodwell, an Australian state astronomer from the Adelaide Astronomical Observatory, was accompanied by his wife, Annie Dodwell (also an astronomer), who also signed the guestbook.

Dodwell is credited with using radio time signals to establish the 141st and 129th meridian lines that mark the borders between various states in Australia.

He also photographed the 1922 eclipse that helped confirm Einstein’s general theory of relativity. (This was the subject of another Specola Guestbook column, for William Wallace Campbell’s visit in 1914.)

He also surveyed the magnetic field throughout South Australia.

I (a meteoriticist) should also take note that Dodwell participated in documenting the fall of the Karooonda meteorite (the prototype of CK carbonaceous chondrites) in 1930, and collected specimens. 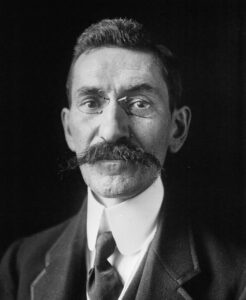 Bosler was an astronomer at the Paris Observatory. In 1923 he would become the director of the Marseille Observatory.

His scientific work largely involved cometary orbits and physical properties. He observed the spectral lines of nitrogen in the halo of the comet Morehouse.

He also studied solar physics and observed bands due to ionized iron in the solar corona.

In 1916, he hypothesized that lunar craters are round because they result from meteoric impacts.

Bosler served on the IAU commission on analysis of works and bibliography.

Jean Bosler appears to have been accompanied by an “Adelaid Bosler,” for whom I have found no information.

He was Belgian aviator during the first World War, and pioneered aerial photography.  In 1919 he became the director of the Belgian Royal Meteorological Institute, a post he maintained until 1940.

As director of the meteorological institute, he introduced new methods of weather reporting and forecasting, which greatly improved forecasts for Belgium. He also invented several instruments for aerial observations of weather.

He discovered the stratospheric thermal inversion.

From 1919 until his death, he was a member of the International Meteorological Committee. 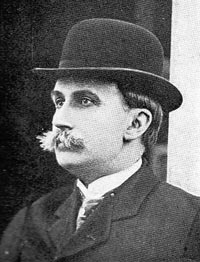 Deslandres was originally a spectroscopist who got into astrophysics through spectroscopy.  He inventend (simultaneously with but independently of George Hale) the spectroheliograph.

He directed the Meudon Observatory in Paris from 1907 until it merged with the Paris Observatory in 1926, at  which point he became director of both.

He was president of the French Astronomical Society 1907-1909.

During World War I, he served the French army as an engineering officer.

The crater Deslandres on the Moon is named for him, as is the asteroid 11763 Deslandres.

The French Academy of Sciences awards the Deslandres Prize in his honor. 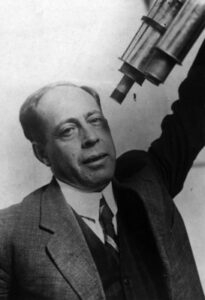 His astronomical work focused on solar physics and spectroscopy.

He was also involved in the observatory’s work of establishing and regularizing Mexico’s time zones.