Today’s guestbook entry is from May 18, 1910, when Oskar Backlund made a visit. 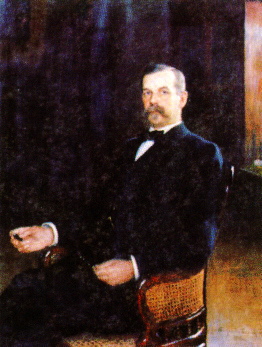 Originally Swedish, Backlund moved to Russia in 1876. He worked at the Polkovo Observatory, becoming its director in 1895.

His primary astronomical work was developing a very precise orbit for the comet Encke, including the effect of perturbations from planets and other significant objects. From this, he also attempted to estimate the masses of those objects; particularly Mercury.

Other work included geodetic measurements of Spitzbergen at the end of the 19th century.

The asteroid 856 Backlunda, the lunar crater Backlund, and the terrestrial mountain Backlundtoppen (near Spitzbergen) all are named for him.