We’re going to interrupt the usual chronological order this week, due to an interesting development in current events.  It may have slipped your attention in the midst of other breaking news bulletins, but this week the Nobel committee announced the recipients of the 2020 Nobel prize in physics.  They are Roger Penrose “for the discovery that black hole formation is a robust prediction of the general theory of relativity” and Reinhard Genzel and Andrea Ghez “for the discovery of a supermassive compact object at the centre of our galaxy.”

[Special mention should be made for Andrea Ghez, a professor at UCLA.  Women are woefully underrepresented among Nobel laureates. She is only the fourth woman to receive the physics prize. She joins ranks with Marie Curie, Maria Goeppert-Mayer, and Donna Strickland]

While I am currently unaware of any visits to the Specola made by either Ghez or Genzel, the esteemed Sir Roger Penrose did grace our corridors with his presence for several days from May 9-12, 2017. 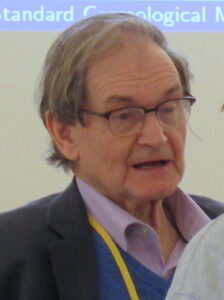 Normally, at this time I would spend a lot of words talking about his numerous accomplishments, such as his sharing the 1988 Wolf Prize in Physics with Stephen Hawking for their work on singularities (known as the Penrose-Hawking singularity theorems).    Needless to say, our understanding of the physics of black holes and spacetime singularities owes a lot to Penrose.

Or, I would describe his communications with M.C. Escher in the 1950s and how they inspired the artist’s work.

But, if you have been keeping up with the Nobel news much of this would already be familiar to you.  Perhaps some day I will circle around to this date in the guestbook and give a lengthier description of all of his contributions.

Today I want to focus on the visit itself.  Why did Penrose come to the Vatican observatory for the better part of a week in 2017?

Credit for that is due to our own Fr. Gabriele Gionti SJ.  He organized a meeting to in honor of Msgr Georges Lemaître (1894-1966) on the theme of “Black Holes, Gravitational Waves, and Spacetime Singularities.”  In addition to Penrose, several key figures in the field participated including Gerard ‘t Hooft (Nobel prize in physics, 1999) and Alex Filippenko. 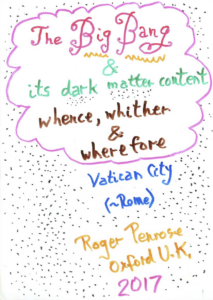 Penrose gave a talk entitled, “The Big Bang and its Dark-Matter Content: Whence, Whither and Wherefore.” In an unusual move for this age of Powerpoint and Keynote, he used old-school overhead transparencies. (The link on the title connects to a video recording of the talk.)

Below are a few photos that I took of the eminent scientist during his visit. 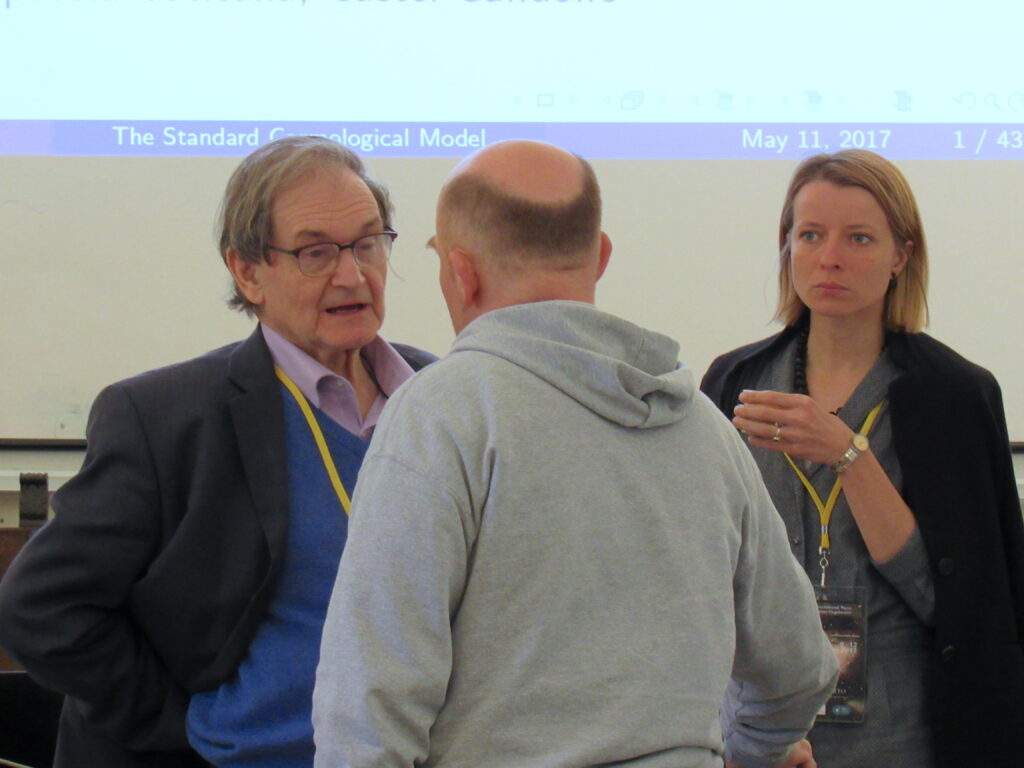 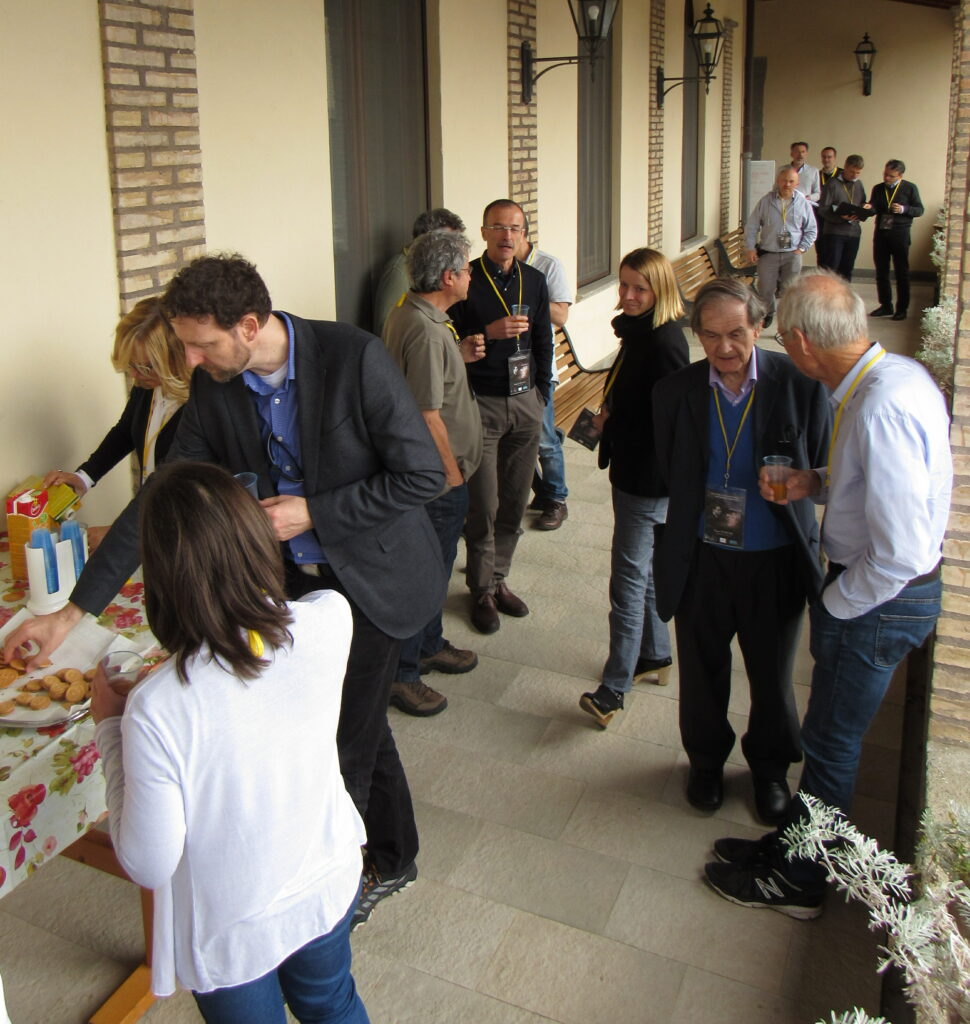 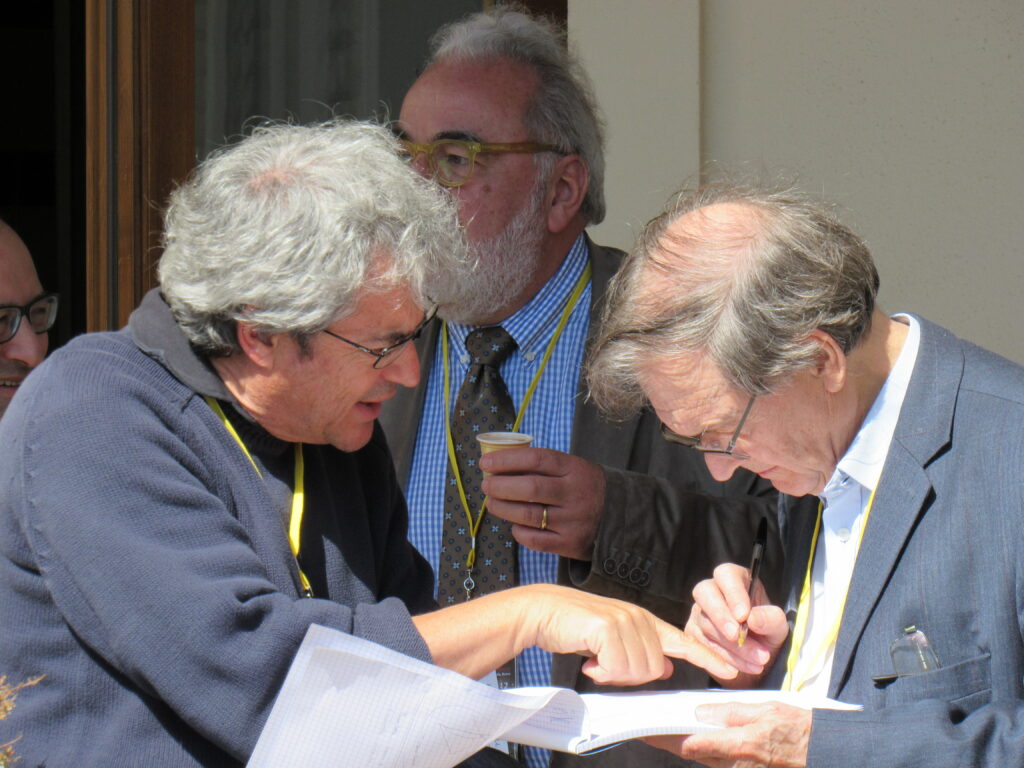 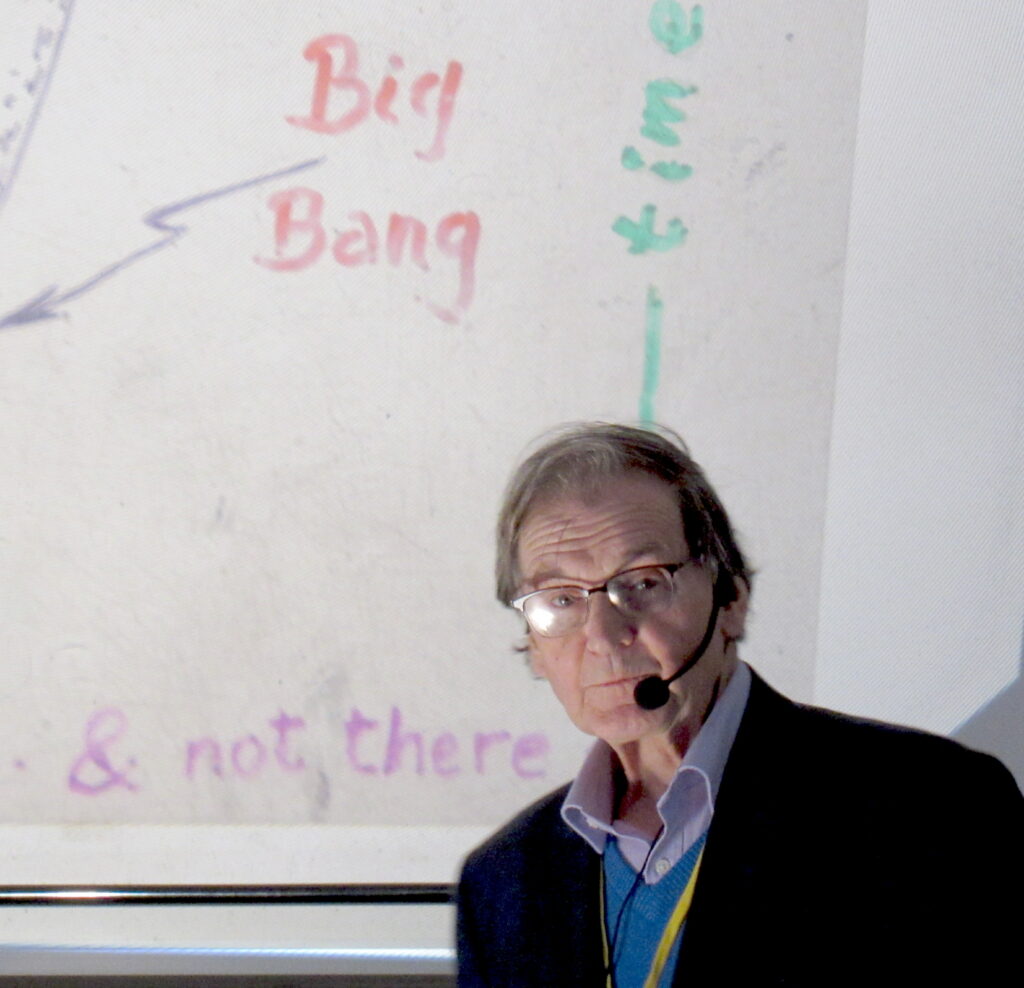