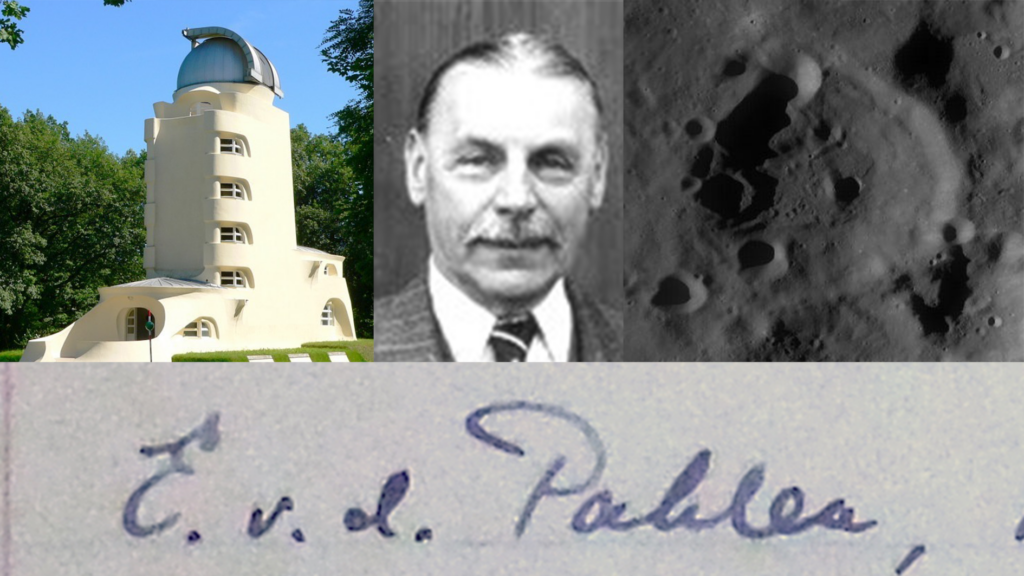 The Vatican Observatory has hosted thousands of visitors over the years. Among those who have signed our guest book, one can find Popes, Nobel laureates, authors, astronauts, and saints. Today’s entry is from October 10, 1935, when Emmanuel von der Pahlen made a visit.

Baron von der Pahlen was an astronomer and a descendent of Russian aristocrats. His parents were members of the Russian court. Born in St. Petersburg, he and his family fled to Germany in 1917 due to the revolution. There, he completed his education in mathematical sciences.

His doctoral work involved a statistical analysis of the distribution of stars. He participated in several eclipse expeditions between 1905-1914, and worked at the Potsdam Astrophysical Observatory from 1923-1944. He also studied B stars with eccentric galactic orbits.

He wrote textbooks on stellar statistics that served as standard references for several decades.

The lunar crater von der Pahlen is named for him.