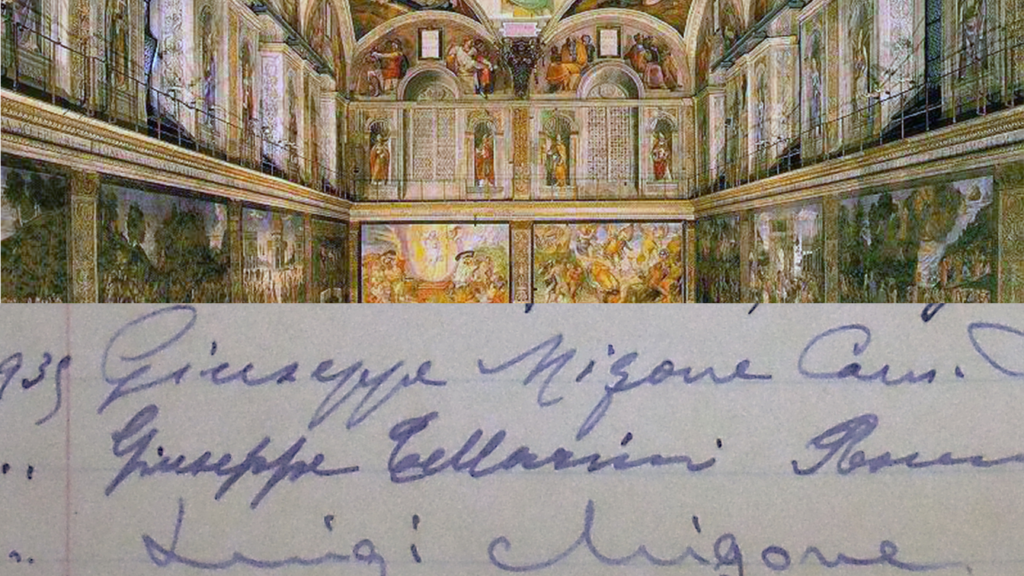 The Vatican Observatory has hosted thousands of visitors over the years. Among those who have signed our guest book, one can find Popes, Nobel laureates, authors, astronauts, and saints. Today’s entry is from October 29, 1935, when Giuseppe Migone made a visit.

Next to his name, Monsignor Giuseppe Migone (1875-1951) wrote, “Cam. Segr. Partec. di S.S.” (Cameriere Segreto Partecipante della Santa Sede; that is, Participating Secret Attendant of the Holy See.) He was an archbishop who would later be named a cardinal.

Giuseppe Migone visited along with two others: Giuseppe Cellarini (of whom I found no information) and Luigi Migone (who may or may not have been a noted medical researcher from Parma).

Giuseppe Migone was named archbishop of Bologna in 1907, and was nominated Supernumerary Secret Attendant of the Holy See in 1912. (N.B. “secret” in this case does not mean “hidden” but is more closely related to the term “secretary”.)

At the end of 1935, Pope Pius XI made him the secret almoner of the Holy See, and in 1936 consecrated him a cardinal, assistant to the Papal Throne, and a Vatican canon.

Accompanying him was someone named “Luigi Migone.” I have no way to confirm this, but he may or may not have been Prof. Luigi Migone, (1912-2002) who would later become a noted medical researcher at the University of Parma. Prof. Migone would cofound the Italian Nephrology Society in 1957. The Luigi Migone Bioethics Center in Parma is named for him