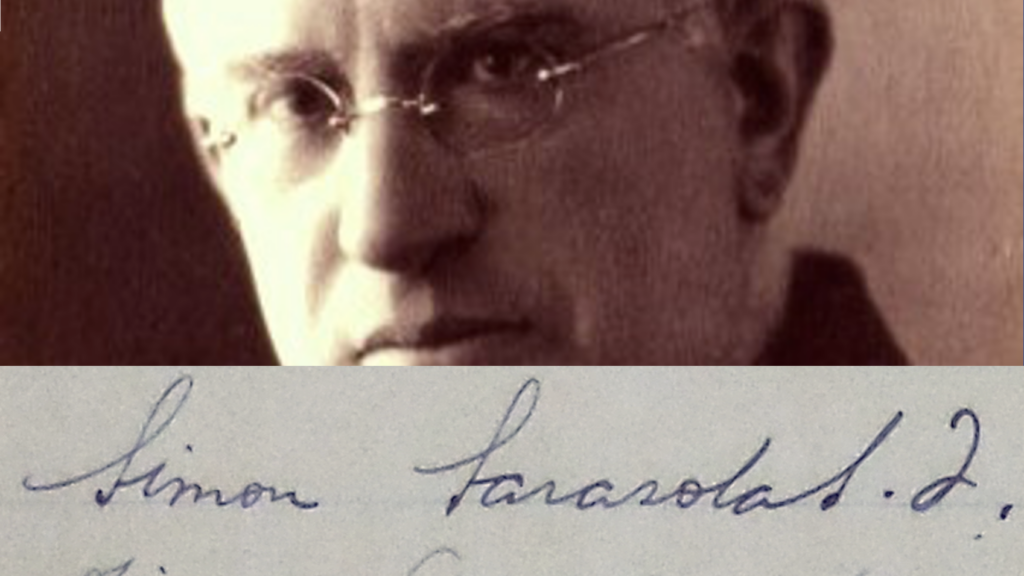 The Vatican Observatory has hosted thousands of visitors over the years. Among those who have signed our guest book, one can find Popes, Nobel laureates, authors, astronauts, and saints. Today’s entry is from September 19, 1935, when Simón Sarasola made a visit.

Next to his name, Fr. Simón Sarasola Lizarribar S.J. (1871-1947) wrote, “Bogotá, Colombia.” He was a meteorologist who made significant contributions to his field in both Cuba and Colombia.

Sarasola was born in Spain where he entered the Society of Jesus. During his formation, in the early 1900s he spent some time at the Georgetown Observatory, where he met Fr. Hagen (then the director), who would in 1906 become director of the Vatican Observatory.

In 1905, Sarasola established the Montserrat Meteorological Observatory in Cienfuegos, Cuba, where he tracked all of the hurricanes that passed through the Caribbean.

In 1921, at the request of President Marco Suárez of Colombia, he established the Colombian National Meteorological Observatory and became chief of their National Weather Service. He held that position until he resigned in 1941.

That year, Sarasola helped organize the Geophysical Institute of the Colombian Andes.

In 1943, he returned to Cuba as director of the Belen Observatory.

In addition to meteorology, Sarasola took an interest in seismology. In 1923, he established the first seismographs in Colombia.