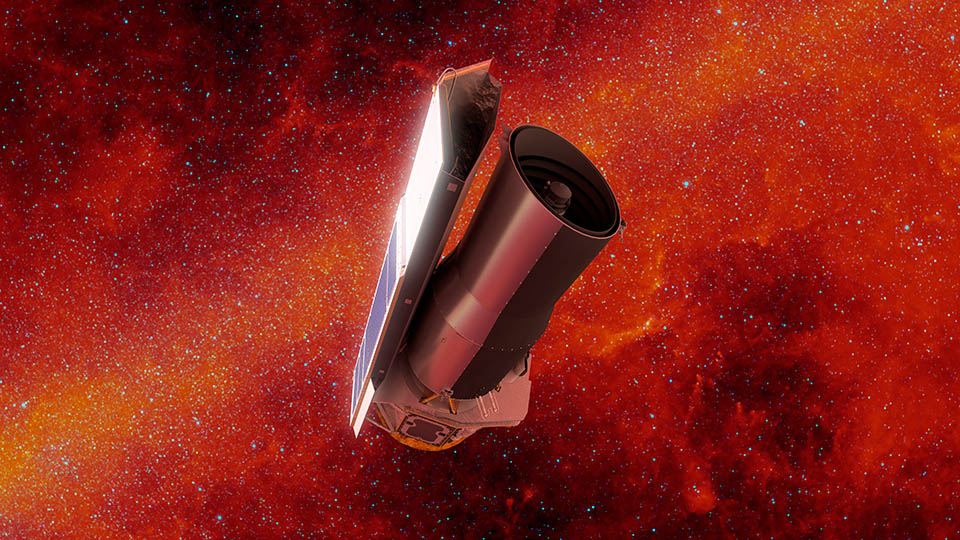 This artist’s concept depicts NASA’s Spitzer Space Telescope in space much as it would appear at the end of its mission on January 30, 2020. The backdrop depicts the sky in infrared light much as Spitzer would have seen it early in its mission. Credit: NASA/JPL-Caltech.

NASA’s Spitzer Space Telescope will transmit the final science and engineering data to mission control today and then be commanded off, ending its amazing and surprising mission.

Spitzer has enabled groundbreaking advances in our understanding of planetary systems around other stars, the evolution of galaxies in the nearby and distant universe, the structure of our Milky Way galaxy, the infinite variety in the lives of stars, and the constituents of our Solar System. Long after Spitzer has ceased transmissions, scientists will continue making discoveries from its 16 years of data for decades to come.

NASA’s Spitzer used an ultra-sensitive infrared telescope to study asteroids, comets, planets and distant galaxies. Some of its top discoveries include: 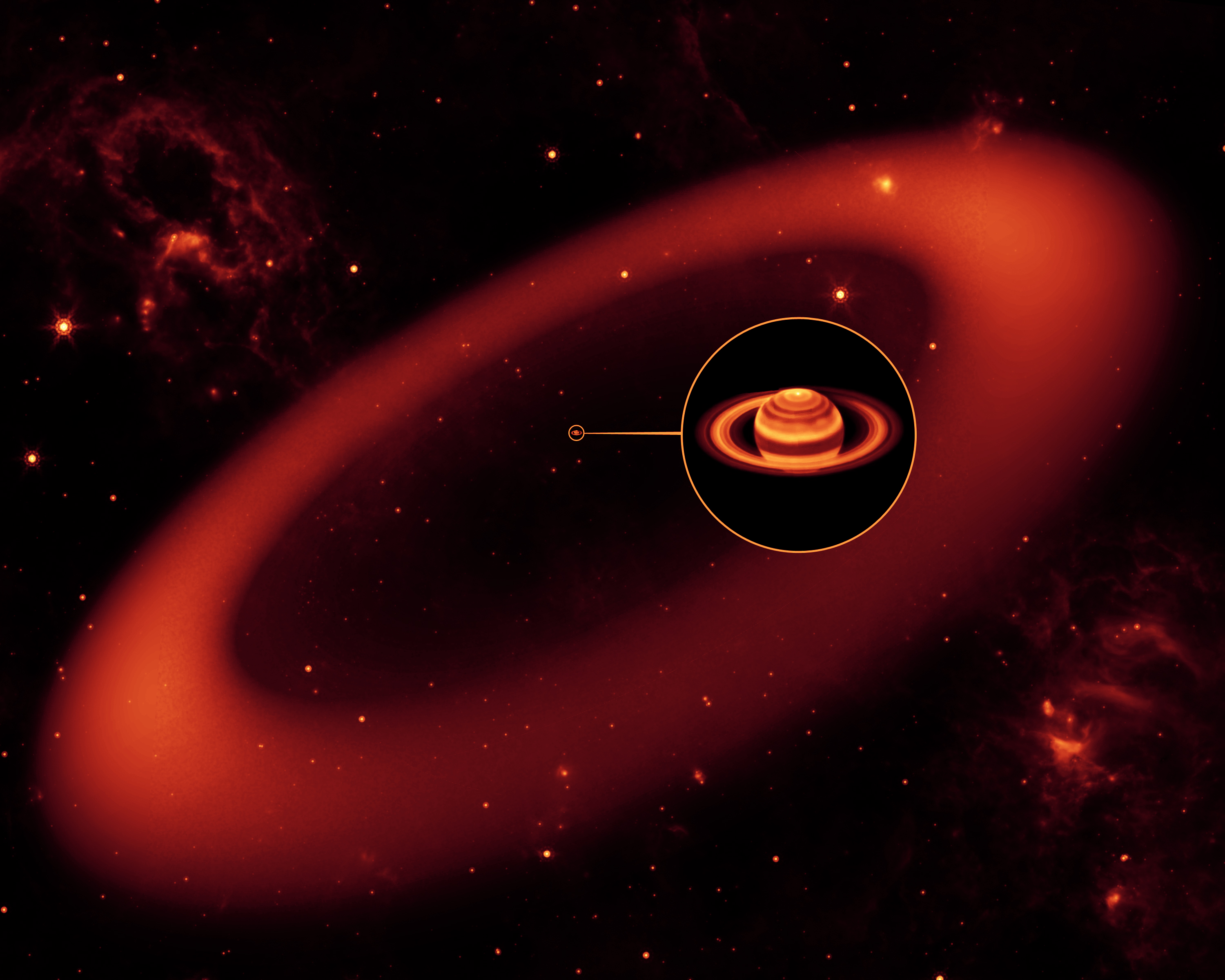 This artist’s conception shows a nearly invisible ring around Saturn — the largest of the giant planet’s many rings. It was discovered by NASA’s Spitzer Space Telescope. The artist’s conception simulates an infrared view of the giant ring. Saturn appears as just a small dot from outside the band of ice and dust. The bulk of the ring material starts about six million kilometers (3.7 million miles) away from the planet and extends outward roughly another 12 million kilometers (7.4 million miles). The ring’s diameter is equivalent to roughly 300 Saturns lined up side to side. The inset shows an enlarged image of Saturn, as seen by the W.M. Keck Observatory at Mauna Kea, Hawaii, in infrared light. The ring, stars and wispy clouds are an artist’s representation. Image credit: NASA/JPL-Caltech/Keck 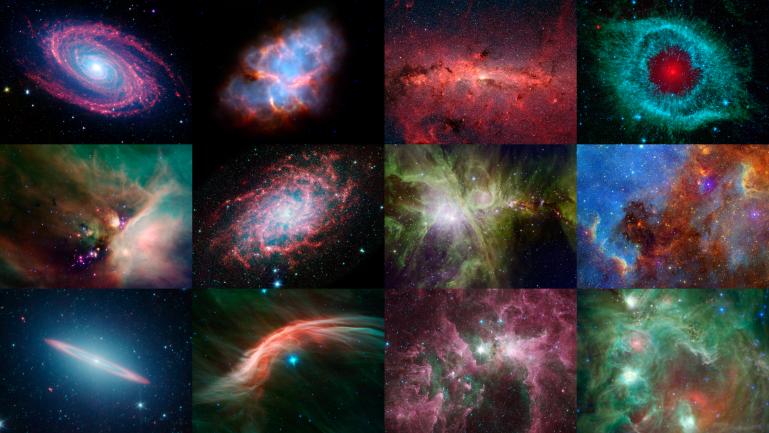 How did @NASAspitzer unveil the universe? It studied the cosmos in infrared light as one of @NASA's Great Observatories.

Looking in infrared allows us to see distant galaxies and peer through dust to reveal baby stars, planets, and so much more. #SpitzerFinalVoyage pic.twitter.com/V6NpWM19lg

Spitzer launched in 2003 and then aimed its #infrared eye on stars ⭐, galaxies ?, black holes ?️, exoplanets ?, and more. Enjoy this compilation created for the telescope's 16th anniversary. https://t.co/QhLcHwEUE6#SpitzerFinalVoyage pic.twitter.com/Zho8AqEsuu

To celebrate #SpitzerFinalVoyage, why not picture yourself in some of its most amazing images?

We've added new images to our #NASAselfies app for iOS/Android. Take a selfie?? and see yourself in parts of the universe Spitzer explored. https://t.co/YiIlIRBpkF pic.twitter.com/tFlMWk7boo

NASA/JPL has updated its Exoplanet Excursions Virtual Reality App with new modules including a narrated tour of the telescope and an all-new interactive experience where you learn to control the Spitzer Space Telescope. 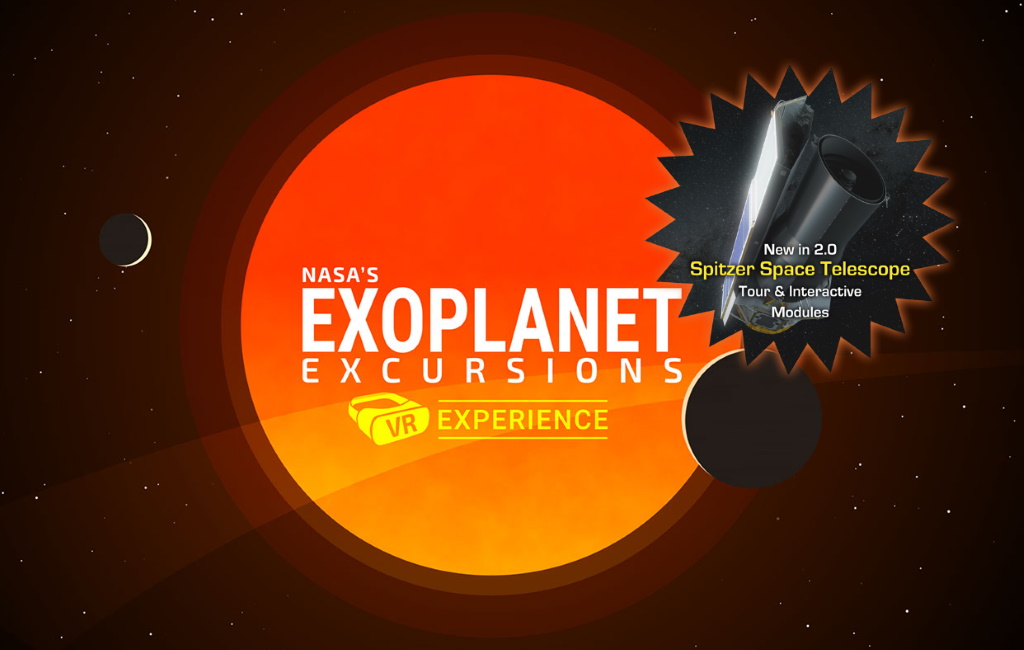