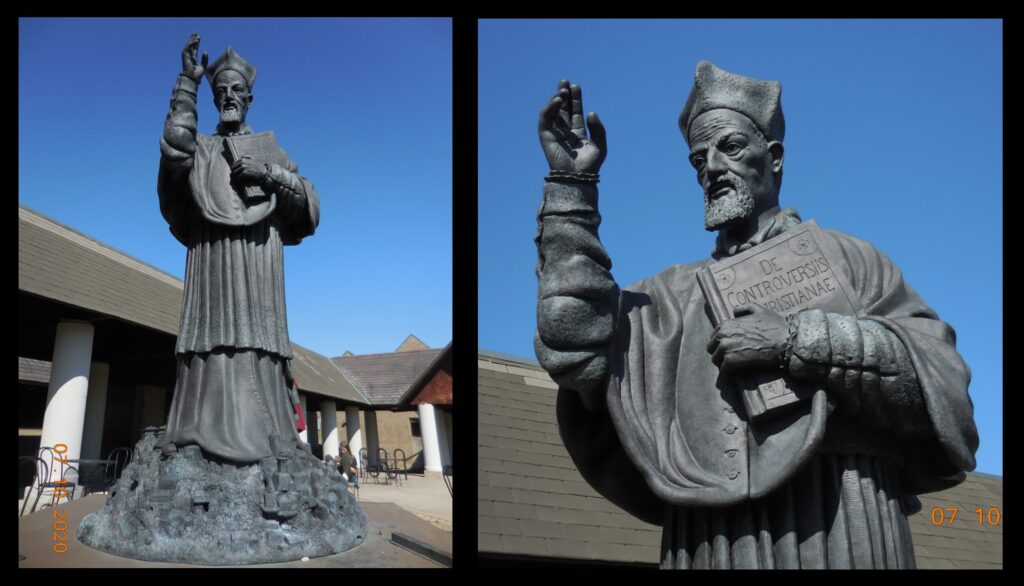 This post comes from a “Science in the Bluegrass” column I wrote for The Record, the newspaper of the Archdiocese of Louisville, Kentucky.

Even this saint’s admirers criticize his dealings with the scientist Galileo Galilei. For example, in a 2009 column in the Louisville Courier-Journal honoring the 400th anniversary of Galileo’s first discoveries with the telescope in 1609, Bellarmine University’s then-president Joseph McGowan wrote on how “Galileo’s observations got him into all sorts of trouble,” how Galileo had to recant his findings, and how St. Robert’s involvement in that controversy had drawn occasional teasing to the University. 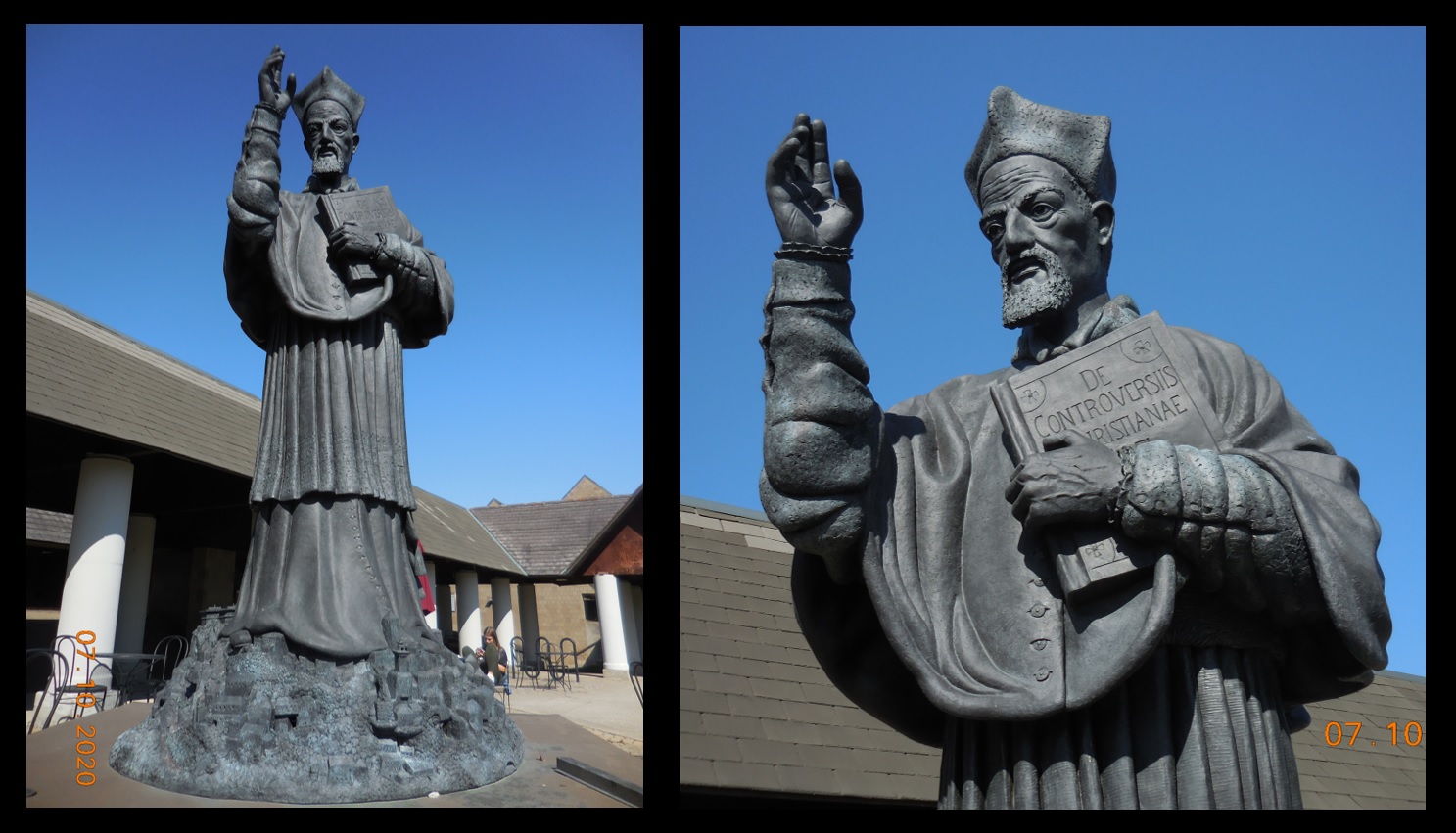 The statue of St. Robert Bellarmine, S.J. at Bellarmine University in Louisville, Kentucky.

But the Galileo-St. Robert story is complex. St. Robert did not dispute Galileo’s observations and findings. By 1611, various astronomers from St. Robert’s own order, the Society of Jesus, had acquired good telescopes and verified those findings. They are not what got Galileo into trouble.

St. Robert questioned Galileo’s interpretation of those findings, however. Galileo had said they supported Nicolaus Copernicus’s theory that Earth circles the sun. But other astronomers had produced solid scientific arguments for why Earth could not be moving. Astronomers like Simon Marius saw telescopic discoveries as supporting a different theory, one that said the Earth is at rest, with the sun circling it and the planets circling the sun.

Meanwhile, as long-time readers of this blog will recall, a prominent noblewoman in Tuscany, Christina of Lorraine, had asked whether Copernicus’s ideas were not counter to the Bible. The Bible describes the sun as moving—rising and setting, for example (Eccl. 1:5)—and not the Earth. Christina’s questions, and Galileo’s responses to them, added religious controversy to a scientific debate. That’s what got Galileo into trouble.

So in 1615, St. Robert, then a high-ranking church official, challenged Galileo to “prove it.” Sure, St. Robert said, we could respond to arguments like Christina’s by assuming that Biblical references to a moving sun merely refer to what we see. We do see the sun rise and set. But why make that assumption, he said, without proof that it is Earth, not the sun, that moves? If there is doubt, we stick with the plain words of the Bible.

According to a plaque by the statue, its base is a representation of Montepulciano (where Bellarmine was born, in Italy) and Rome.

There was doubt. Galileo never found proof. There was solid science against him. In 1616, St. Robert officially told Galileo to abandon his support for Copernicus. Galileo was never asked to recant his findings; those had been verified, proven true. But some years after St. Robert’s death, Galileo was indeed forced by the Inquisition to publicly recant his support for Copernicus.

Of course, in time (well after Galileo himself died), those seemingly solid scientific arguments for why Earth could not be moving were dissolved, by still more scientific discoveries. The proof St. Robert had wanted was found. Galileo had been forced to recant an idea that turned out to be right.

President McGowan used the Galileo-St. Robert story to emphasize knowing “how to think” over “what to think”—an important distinction. Silencing people, telling people what to think, is a particularly bad idea in science, even if the evidence might seem to be against them. Asking for proof, challenging people on how they think, is a very good idea. St. Robert’s relationship with Galileo involved some of both. Visit his statue some time if you are ever in Louisville. Consider Galileo and Marius and Christina from his point of view. What would you have done, were you him?