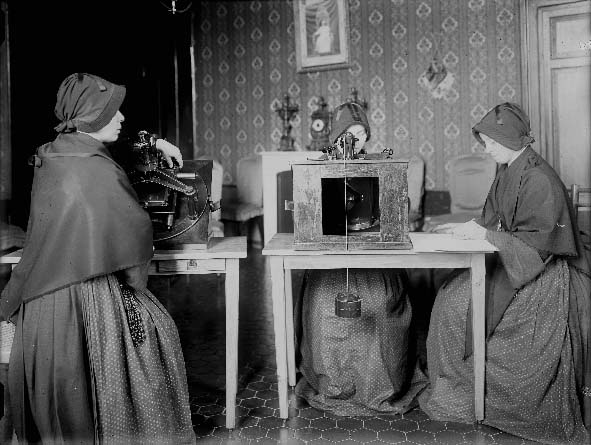 Sisters of the Child Mary measured star positions for the Vatican Observatory’s Carte du Ciel project. But who were they? What were their names?

The topic came up a few months back on our Twitter account. Someone had mentioned the famous photo of the Sisters of the Child Mary at the measuring machine, taking careful measure of the position of each star on a photographic plate from the Vatican Observatory’s Carte du Ciel telescope. Someone else asked, “Do we know who those sisters were?”

I resolved to find out as soon as I got back to Rome. And, unlike many of my resolutions, I actually did it.

Then someone said it would make a good Catholic Astronomer posting. Which it would. But, just back from the US, I have been flooded with paperwork and details to get ready for our biennial summer school; so I begged off.

Instead, Carol Glatz of the Catholic News Service (the folks who prepare press reports from Rome for the US Catholic Bishops) asked if she could step in. She’s just published a wonderful and detailed story about them, which I encourage you to click on…

And… the following is from the Vatican Observatory web site, about the telescope itself: 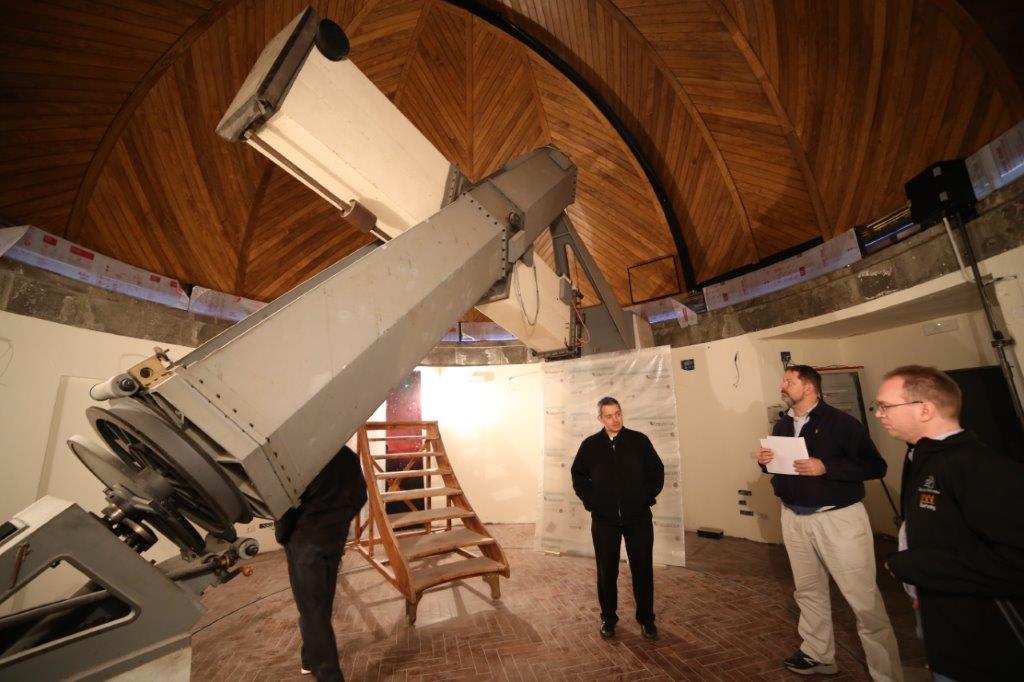 The Carte du Ciel telescope is in a dome in the Papal Gardens which we are preparing to open as a Visitor Center. Stay tuned!

Astronomers in Paris in 1887 set up the basis for the first photographically-based atlas of the stars: the Carte du Ciel (Map of the Sky). Based on photos, first a map and then a catalogue of the stars would be made. Eighteen observatories located in countries on all continents participated in the project. The Vatican Observatory was given its swath of the sky to map between the parallels of +55 and +64 deg.

The Paris agreements provided that all of the eighteen observatories participating in the Carte du Ciel would obtain instruments that had the same characteristics so that a perfect homogeneity of the results would be assured. The characteristics of the objective gave, on a photographic plate 16 cm square, a useful field 13 cm square, equivalent to two degrees on the sky, about four times the diameter of the moon. The scale, therefore, was about 1 arc-minute/mm.

The photographic equatorial telescope and the rotating eight meter dome, constructed at Paris in the Gilon workshops, were set in place on the Leonine Tower in 1891, close to the present-day location of the Vatican heliport and known today as the Torre S. Giovanni (St. John’s Tower). It has walls a good four and a half meters thick and is one of the few bastions still standing of the fortification which was called “leonina” because Saint Leo IV had it built in 840 as a defense against the Saracen invasions. The telescope was moved to the summer gardens of Castel Gandolfo in 1942; the final plates for this project were taken in 1953.