This is the second in a series of posts (click here for the series) that argue that the Star Wars universe is truly a Thing of the Past.  This series argues that the ideas upon which the Star Wars universe is built are fading rapidly and are truly, as the phrase goes, ‘on the wrong side of history’, and also on the wrong side of science.  Today we seem to be in the midst of a great revolution in our view of the universe—and Star Wars is from before the revolution.

As I mentioned in the last post, Star Wars is set in a wonderfully imaginative universe that features a profusion of cool planets and cooler alien life forms, such as the much-maligned Jar Jar Binks from the planet Naboo (Star Wars “Episode I”).  But let us go back into history and consider Aristotle, that incredibly influential Greek philosopher, beloved by thinkers of many cultures, including pagan Greco-Roman thinkers, Christian thinkers, Islamic thinkers, and Jewish thinkers.  Aristotle would never have accepted the idea of Jar Jar.  Aristotle argued that the Earth was the only world that could exist.  That means no Naboo, and no Jar Jar.  In 1277 the bishop of Paris condemned this idea as putting limits on the power of God: Who is to say how many worlds an omnipotent God might make?

But still, even granting that God might make other worlds, the idea of other worlds remained a stretch.  After all, where would those other worlds be?  Various medieval thinkers like Albert of Saxony, Nicole Oresme, and Nicolas of Cusa—all bishops in the Roman Catholic Church (Cusa was made cardinal)—envisioned other worlds and their extraterrestrial inhabitants in all sorts of creative ways: 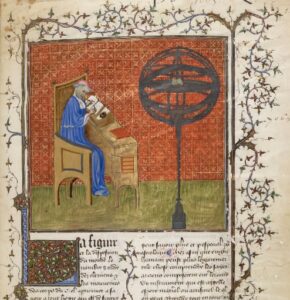 What if our whole universe is contained within another Earth?

Would it be easier to talk to a being from another world, or to a dog? Hey, at least you and the dog have some points of common reference, like the Earth, or a mouth that makes noise and ears that hear.

Still, the extraterrestrials idea really did not get traction until the Copernican Revolution.  Nicolaus Copernicus imagined that Earth circles the sun, in contrast to the traditional idea (from Aristotle, among others) that the sun circles the Earth.  What is more, Copernicus envisioned Mercury, Venus, Mars, Jupiter and Saturn (other planets were not known then) as also circling the sun.

Bam!  These five bodies, which had always been thought of as “wandering stars” (the word planet means wanderer)—wandering lights in the sky that had no more in common with Earth than a flame has in common with a rock—were now, thanks to Copernicus, thought of as having something in common with Earth: We all circle the sun!  Then telescopic discoveries and Newtonian physics showed the planets to also have moons, and to rotate, and to have gravity, all like Earth does.

And so, since the Earth and the other planets had so much in common, those inclined to a Copernican view assumed the Earth and the planets would have other things in common, too—like life.  In the seventeenth century Johannes Kepler argued for life on other worlds, and took the moons of Jupiter as an argument for the existence of intelligent Jovians:

Our moon exists for us on the earth, not for the other globes.  Those four little moons exist for Jupiter, not for us.  Each planet in turn, together with its occupants, is served by its own satellites.  From this line of reasoning we deduce with the highest degree of probability that Jupiter is inhabited.

In the eighteenth century William Herschel (the first astronomer to discover a new planet: that being Uranus, which he named George) argued that the sun was—

most probably also inhabited, like the rest of the planets, by beings whose organs are adapted to the peculiar circumstances of that vast globe.

In the nineteenth century Thomas Dick estimated the population of the solar system to be 22 trillion intelligent beings; 62 septillion in the universe as a whole.  (Click here for more fun quotes from Herschel and others on why the solar system must be full of intelligent life).  John Adams, the second president of the United States, wrote about how astronomers say that all the planets in the solar system are inhabited (and the moons, too) and how likewise “all the unnumbered Worlds that revolve round the fixt Starrs are inhabited”.  A century ago newspapers like the New York Times and the Wall Street Journal published articles on intelligent life being discovered on Mars (click here), and Edgar Rice Burroughs and H. G. Wells (click here) wrote novels about Martians.

The fact is that a couple centuries ago the conventional wisdom was that there was a “Plurality of Worlds”.  In other words, the conventional wisdom was that the planets were much like Earth and the stars were much like the sun, and the planets orbiting those suns were like the planets orbiting our sun—and all those planets had life, and intelligent life.  Given that it was broadly thought that life was spontaneously generated from inanimate matter (click here), why would they not? 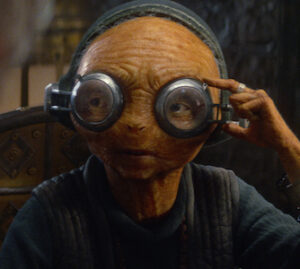 That universe of two centuries ago, the universe of the Plurality of Worlds, is the universe of Star Wars: It is a universe full of other Earths, full of intelligent beings.  President John Adams would not have found Jar Jar Binks, or Jabba the Hutt, or Maz Kanata surprising at all. 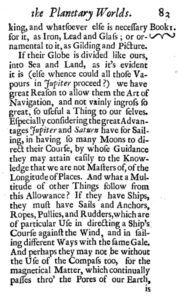 The idea of the Plurality of Worlds is an idea of universal homogeneity.  Everything is like us: planets are Earths; stars are suns; planetary systems are solar systems; life is everywhere—just like Earth.  Does that really make sense?  Can we assume that just because planets are round, orbit the sun, and rotate, that therefore they have sailing ships and rope for them, because, well, why would Earth be the only place to have sailing ships and rope?  But such homogeneity was assumed.

In hindsight, the Plurality of Worlds has turned out to be one of the worst ideas in the history of science.  And, it has been in decline for nearly two centuries.  The decline began with William Whewell in the mid-nineteenth century.  He argued that scientists had been ignoring the scientific evidence for diversity among the planets in the solar system.  Half a century later Alfred R. Wallace (co-founder, with Charles Darwin, of the theory of evolution by natural selection) attacked the idea that Mars has intelligent life.  Wallace used the same reasoning as Whewell, arguing that the planets in the solar system were not much like Earth—their temperatures and natures ruled out their having intelligent life.  Whewell and Wallace argued that the planets show diversity, not homogeneity.

By the 1960’s NASA was sending robotic probes to Mars and other planets, probes that proved Whewell and Wallace correct—correct in a way that might have surprised even them.  They had argued against other planets being inhabited by intelligent life—they did not argue that the other planets in the solar system would have no life at all.  But in fact our robots have flown past or landed on or driven about on all the planets now, and no life has been found on any so far.

Maybe we will find something yet—some bacteria on Mars or some worms under the ice on Jupiter’s moon Europa—but these worlds are nothing like Earth.  Only Earth teems with such abundant life that you can see it from orbit.  And, given the track record of the idea of life in the solar system, I would not bet the house on any Martian bacteria or Europan worms.  The planets may be a marvel of diversity and beauty—from Venus’s scorching, high-pressure, acid-raining hell to Mars’s red deserts to Jupiter’s eternal storms to Titan’s freezing methane oceans to Saturn’s ringed glory—but they all stink as places to live.  The solar system may well be entirely devoid of any life at all outside of Earth. 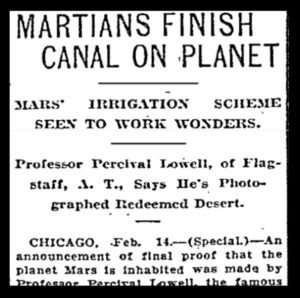 Headline from the Portland Oregonian, February 15, 1910

Put another way, Kepler was wrong.  Herschel was wrong.  Jerome La Lande, senior director of the Paris Observatory in the late eighteenth century who said that only people with groveling minds would think the solar system was not inhabited, was wrong.  Christian Huygens, who came up with the rope idea, was wrong.  Percival Lowell, Giovanni Schiaparelli, and Camille Flammarion, who pushed the Martians business, were wrong, as were the New York Times, the Washington Post, and other newspapers who repeatedly published it.  The fact is that, at least in regard to the solar system, the “Plurality of Worlds” was wrong.