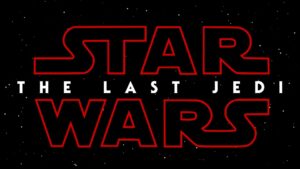 This is the fourth in a series of posts (click here for the series) arguing that the Star Wars universe is a Thing of the Past; that the ideas upon which it is built are fading rapidly and are ‘on the wrong side of history’, and on the wrong side of science.  Star Wars was built on the assumption of (to use an old term) a “Plurality of Worlds”—the idea that the universe is full of planets like Earth, full of life, full of intelligent life.  As discussed in Episodes II and III of this series, both history and science indicate that the Plurality of Worlds idea has not turned out well.

But what we are learning today is that, while the Earth is indeed a planet, and there are indeed universal laws of gravitation and momentum and energy, and these scientific rules indeed apply to both Earth and the universe as a whole, nevertheless there is—within what these scientific rules allow—a stupendous diversity.  Two planets, Venus and Earth, may be nearly the same size and may orbit the same star at comparable distances, but one is about the least habitable place we can imagine, while the other is our home. 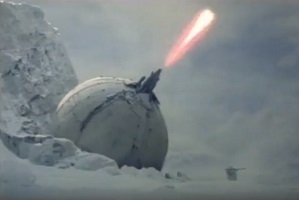 On the Star Wars planet Hoth, where the weather is cold and the ion blasts are hot, there is still life.

Star Wars is the Plurality of Worlds, the undifferentiated swarm, the homogeneous universe, on the Big Screen.  Sure, planet differs from planet: Jakku is a desert; Hoth is icy; Dagobah is a swamp—but they don’t differ from each other like Earth differs from Venus, or Venus from Jupiter, or Jupiter from Titan.  There is a Plurality of habitable Worlds in Star Wars, no doubt in part because Star Wars (like Star Trek, the other undying space franchise) is a product of the 1960’s and 1970’s, when SETI (see Episode III) was in full swing and Carl Sagan was proclaiming the universe to be full of habitable worlds and sticking golden records on NASA probes so as to send information about Earth on to extraterrestrials who might find one of those probes floating through space in the far future. 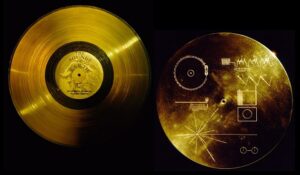 The Voyager Golden Record containing the recording “The Sounds of Earth” that was placed on the Voyager 1 and Voyager 2 space probes that were launched in the 1970’s.

But all the things discussed in the previous Episodes of this series of posts—the failure of SETI, the discovery of exoplanets, our increasing knowledge of the diversity of the universe, and the Fermi Paradox and the lack of evidence for alien supercivilizations—all mean that today that there is less scientific plausibility for the Plurality of Worlds idea than there has ever been.  And the idea has an embarrassing past.  Plurality-of-Worlds ideas from history, like life on the sun, or inhabitants of Jupiter and Mars, seem silly to us today.  Unless something happens to alter the Judgment of History, Star Wars and the golden NASA records will seem silly to our great-great-great-grandchildren in the twenty-second century.

That is not to say that the idea of intelligent life on other worlds will seem silly to them.  Do not take this series of posts as a declaration that there is no intelligent life outside of Earth.  The exoplanets, the failure of SETI, and so on are pieces of scientific evidence that only constrain our ideas about extraterrestrials; they do not force us to abandon the entire idea of extraterrestrials. 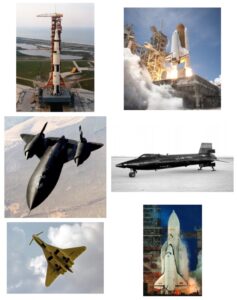 Aerospace technology that is no more: the Saturn V rocket of the Apollo moon landing program, the Space Shuttle, the SR-71 spy plane, the X-15 space plane, the Soviet Tupelov TU-144 supersonic airliner, and the Soviet Buran shuttle.

The evidence is most strong against widespread, technologically advanced intelligent extraterrestrial life.  So, perhaps there is intelligent life out there in some quantity, but it is not technologically advanced.  Perhaps technology itself is a rare thing.  Maybe the vast majority of intelligent races do not develop advanced technology.  This seems like a reasonable idea.  After all, we humans have come up against technological barriers, as abandoned aerospace technology like the Concorde jetliner, the Apollo Program, or the Space Shuttle all illustrate.  We humans do not today go as far or as fast as we did a few decades ago.  Maybe there is no way around that barrier.  What is more, many great human civilizations never developed advanced technology: the Roman, the Egyptian, the Chinese,

the Inca, the Aztec, and other civilizations did great things, but they never developed high-speed travel or radio communication.  If the universe has a healthy population of Roman or Aztec empires, we will not see them with our telescopes or hear them with our radio telescopes.  The Fermi Paradox and the failure of SETI does not rule them out.

Or, perhaps life exists in quantity, but it is intelligence that is rare.  The universe might contain many planets that host extraterrestrial dogs, birds, fish, and horses.  Those worlds would not show up in a search of galaxies for supercivilizations or in any SETI search (see Episode III of these posts).

Or, it may be that truly Earth-like worlds are just absolutely rare.  Contrary to what all those astronomers featured in Episode II of this series of posts thought, our planet is indeed the sole garden spot of our solar system.  Maybe it is also one of the few garden spots in the universe.  Maybe it is one of the few places with any life at all.

Still, the universe is big.  So, even if the science seems to indicate that technologically advanced intelligent life is rare, there could still be quite a few examples of it out there.  But those examples must be rare enough, and scattered widely enough, that we can’t see them.  Today we are “functionally”, or “sensibly” alone.  If those examples are scattered widely enough, or if the technological barriers are high enough, we may always be sensibly alone.  We may well ask “are we alone?” for the rest of human history.  The Plurality of Worlds does not exist.  Worlds?  Maybe.  Plurality?  No.

That is a big change from how we have viewed the universe since the Copernican Revolution.  We are in a Revolution now.  Star Wars is from before the Revolution.  In our Final Episode (click here), we will consider the possible impacts of this Revolution….