“The Lady of Shalott” is a poem about isolation and mental illness caused by addiction to “screens”. The author of the poem is Alfred, Lord Tennyson, who was born in 1809 and died in 1892.*

The central character of the poem is a woman who has completely isolated herself. She never looks beyond the walls of her castle, which is itself isolated, located out in a river on an island called Shalott. Rather, she only views the outside world through her phone’s screen, via her web connection. Indeed, she has become so obsessed with viewing the world only through a screen that she has come to believe she will bring down a curse upon herself if she ever looks outside. 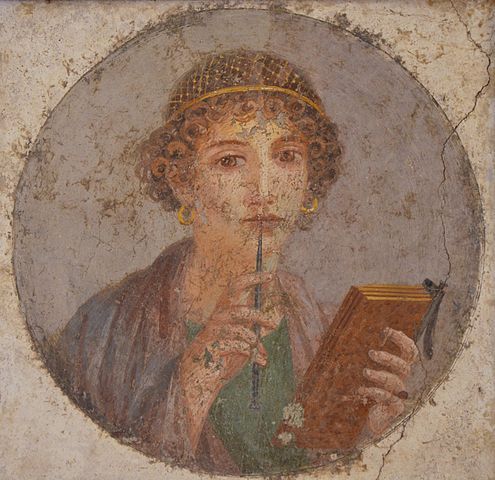 Clearly, she has a large phone, or tablet, and a stylus.

But then, one early winter’s day, as she watches through some web cam the river road that passes near her castle, she sees the knight Lancelot passing right by her place, on his way to Camelot. She is so smitten by Lancelot’s stunning appearance that she leaps up from her screen to go look out and see him directly. She sees him, but then she realizes that in her haste to rush to see outside she somehow unwittingly broke her phone and severed her web connection. Overwhelmed both by seeing the intense beauty of the real world, and by the loss of her technology, she decides she is indeed doomed. So she gets in a boat, casts off into the river’s current, and lies down to die. She floats down the river toward Camelot, perishing of hypothermia and despair before she arrives there. Lancelot sees her, marvels sadly at her beauty, and prays for her—and thus the poem ends.

The Norton Anthology of English Literature, Major Authors Edition (1962) says that Tennyson completed the poem in 1842. How could he have written at that time about such things as are described here? I do not know, but read the poem if you doubt my words.

What does this poem have to do with astronomy? The verses on Lancelot are laden with astronomical imagery. The sun, stars, our galaxy, star clusters, meteors—all are involved in Tennyson’s description of Lancelot as seen by the Lady of Shalott. Thus this poem is an example of astronomy in a work of art. Here are those verses:

A bow-shot from her bower-eaves,
He rode between the barley-sheaves,
The sun came dazzling thro’ the leaves,
And flamed upon the brazen greaves
Of bold Sir Lancelot.
A red-cross knight for ever kneel’d
To a lady in his shield,
That sparkled on the yellow field,
Beside remote Shalott.

The gemmy bridle glitter’d free,
Like to some branch of stars we see
Hung in the golden Galaxy.
The bridle bells rang merrily
As he rode down to Camelot:
And from his blazon’d baldric slung
A mighty silver bugle hung,
And as he rode his armour rung,
Beside remote Shalott.

All in the blue unclouded weather
Thick-jewell’d shone the saddle-leather,
The helmet and the helmet-feather
Burn’d like one burning flame together,
As he rode down to Camelot.
As often thro’ the purple night,
Below the starry clusters bright,
Some bearded meteor, trailing light,
Moves over still Shalott.

His broad clear brow in sunlight glow’d;
On burnish’d hooves his war-horse trode;
From underneath his helmet flow’d
His coal-black curls as on he rode,
As he rode down to Camelot.
From the bank and from the river
He flash’d into the crystal mirror,
“Tirra lirra,” by the river
Sang Sir Lancelot.

According to the Anthology, Tennyson did “his own extensive study of writings by geologists, astronomers, and biologists” and had a “fascination with technological developments”—so this poem about “screen” addiction, abounding in astronomical imagery, makes perfect sense. He must have had a time machine, or at least a time portal for viewing the future—on a screen.

*Yes, the tongue is in the cheek here, but read the poem (click here for it) and tell me I am wrong! Comments section is below.