This article first appeared in The Tablet in January, 2016

From a Special Injunction of the Roman Inquisition, 26 February 1616: “At the palace of the usual residence of the said Most Illustrious Lord Cardinal Bellarmine… the Reverend Father Michelangelo Segizzi of Lodi, O.P. and Commissary General of the Holy Office… in the name of His Holiness the Pope and the whole Congregation of the Holy Office, ordered and enjoined the said Galileo, who was himself still present, to abandon completely the above-mentioned opinion that the sun stands still at the center of the world and the earth moves, and henceforth not to hold, teach, or defend it in any way whatever… The same Galileo acquiesced in this injunction and promised to obey.”

The year 2016 marked three hundred years since Galileo’s first trial. But concerns about Church and science exist today. At a recent dinner where I was speaking for the Vatican Observatory Foundation, the wife of a wealthy potential donor leaned over to ask, “Why is Pope Francis promoting the idea of Global Warming? Didn’t the Church learn from the mistake with Galileo not to get involved in science?”

Of course, the Galileo affair was hardly the only time that Church and Science have crossed paths. Science, after all, was born in the Church’s medieval universities, with the work of Dominicans and Franciscans like Albert the Great and Roger Bacon. In those days, the Church was “The Academy” with the responsibility to promote accurate knowledge, and correct mistakes. That’s one way to consider the Church’s reaction to Galileo. It’s an inherently conservative role. My wealthy table companion who would deny climate change is perhaps more analogous to the Holy Office than to Galileo’s defenders in resisting new ideas. 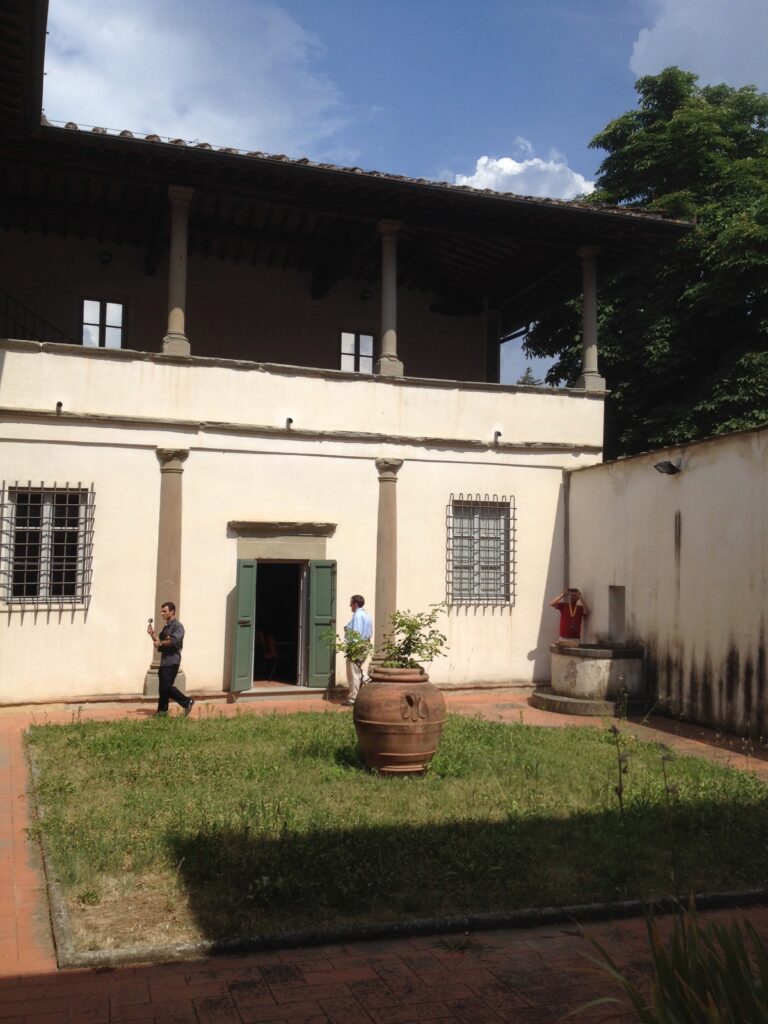 East wing of Galileo’s villa in Arcetri, outside Florence, where he spent his last years 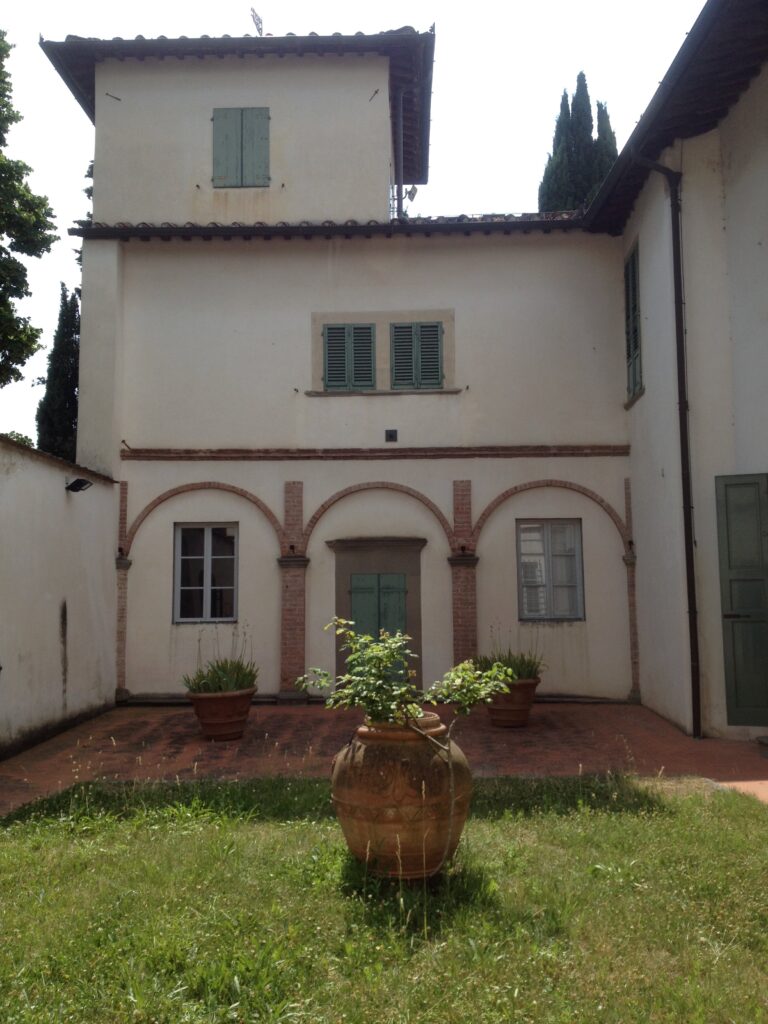 West wing of the Galileo villa in Arcetri. The room on the ground floor housed his office.

When we think of Galileo being condemned by the Church, we mostly remember his 1633 trial, which left him under house arrest. That trial almost certainly had more to do with Galileo’s personality and local politics than with his philosophical ideas. The real damage had been done earlier, in the events of 1616 described above. Contrary to what other theologians of that time had argued, at that time a group of Cardinals decided to use the power of religion to declare that the Copernican cosmology promoted by Galileo was “philosophically absurd and theologically erroneous.”

But while the ideas were condemned, in 1616 Galileo himself walked free. Indeed, the Holy Office suppressed other books defending Copernicus but none of Galileo’s writings were even mentioned. And with the election of a new Pope in 1623, Galileo was back in business promoting his theories… in clear violation of this agreement – and giving his enemies an excuse for another trial in 1633.

Those who condemned Galileo and the Copernican system acted out of political and social pressures. There was tremendous infighting among the various theologians at that time, and in fact Galileo’s chief accuser among the Dominicans had earlier been reined in by the Dominican Father General himself, who’d apologized to Galileo for the way he’d been attacked. But these theologians were also reacting against Protestant charges that the Church did not respect enough the literal meaning of Scripture.

Even today politics continues to put pressures on what sort of science can be funded, whether by a Church or a Government. After all, in 1616 Rome, Church and government were the same. For that matter, while I might be scornful of my dinner companion’s attack on Pope Francis, she might just as easily accuse the climate scientists cited by the Pope of being guilty of group-think. (Also… I probably wouldn’t be quite so publicly scornful of her if she’d actually written a cheque to our Foundation.)

It’s also important to remember that, Galileo aside, when the Church speaks on issues of science and technology today it isn’t to promote one scientific idea over another, but rather to warn about the social and moral implications of the technology that may use this science. After all, no one doubts how atomic fusion works; building bombs with that knowledge is another matter. Social concerns are the basis of the Pope’s warnings about climate change.

And actually, the idea that the Church is anti-science didn’t start with Galileo, but much later. Well into the 19th century, many scientists were clergymen. Who else in that era had the education and free time to do the data-gathering and processing – “clerical” work – that modern science is based on? Among them one can count Roger Boskovich, father of the atomic theory, and Gregor Mendel of genetics fame.

The science/religion tension really only beings at the end of the 19th century. Again, politics played a role: anticlericalism in Europe, sentiment against Catholic immigrants in America. But the most visible split at that time between Church and science was the Church’s opposition to eugenics. The idea of “selective breeding” of humans and the suppression of “inferior” races was once considered cutting edge… until it reached its logical conclusion in Nazi Germany.

At that time, in 1891, Pope Leo XIII decided to demonstrate the Church’s actual support of science by establishing an institution at the Vatican whose sole purpose would be to simply do good science. And thus, along with remembering Galileo’s brush with the Holy Office 300 years ago, 2016 also marked the 125th birthday of the Vatican Observatory.