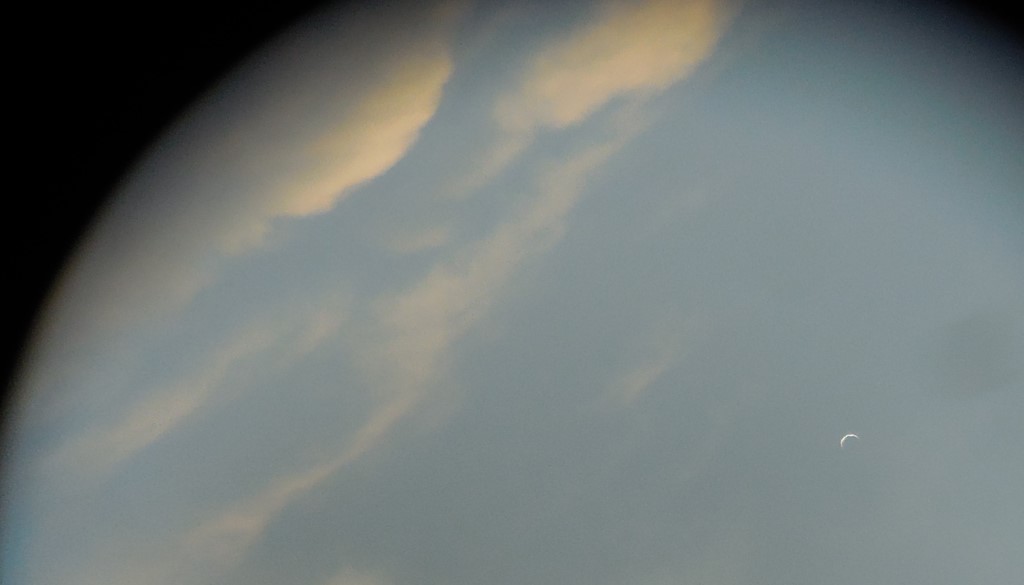 It was Vatican Observatory ACME time in Arizona from January 10-14!  ACME stands for Astronomy for Catholics in Ministry and Education.  It was held at the Redemptorist Renewal Center just outside of Tucson.  I was there, as a member of the staff, and took pictures!

We talked astronomy at ACME—astrophotography, history of astronomy, galaxies and dark matter, asteroids and meteorites, and telescopes, big and small.  In the photos below Br. Guy Consolmagno, S.J., Director of the V.O., talks about using small telescopes.

We also went on “field trips”.  Here Holly McGuire of Trinity High School in Louisville, Kentucky and Maria Elena Monzani of Stanford University in California (also an Adjunct Scholar at the Vatican Observatory) listen as Jared Males of the University of Arizona Steward Observatory describes the operation of an advanced Adaptive Optics system that he is working on, known as MagAO-X (Magellan Extreme Adaptive Optics).

Adaptive Optics systems are designed to counteract the deleterious effects that atmospheric turbulence has on the images formed by telescopes.  The MagAO-X system is seen at right, with Males and onlookers visible (yellow arrow) in the background.  The system is taken to an observatory, where the light from a telescope is directed through it.  It will be used with the Giant Magellan Telescope that is currently under construction.  The GMT will be the largest telescope in the world, with seven 8.4-meter (330-inch) mirrors that combine to function like a single 24.5-meter (965-inch) telescope.

In the left-hand photo below, Cathi Duncan of the Steward Observatory’s Caris Mirror Lab tells the ACME group how folks at the Lab build giant telescope mirrors under the bleachers of the University of Arizona football stadium.  The “mirror lab” is really a telescope mirror factory!  The photo at right shows two of the mirrors (arrowed) that will go into the Giant Magellan Telescope.

The nearer one is more easily visible (yellow arrow) and looks like a pool of water.  It is glass, not water, however.  The reflective coating has not been added yet.

At left below is the beginning of another mirror for a smaller (6.5 meter, 256-inch) telescope.  At right, Duncan explains the mirror construction to the ACME group.

Mass was celebrated every evening at ACME.  Here Fr. Chris Corbally, S.J., an astronomer at the V.O., celebrates at the Redemptorist Renewal Center chapel.

The ACME group toured the 61-inch Kuiper telescope up on the mountain ridge north of Tucson.  That’s me, up on the catwalk, at the position shown by the arrow.

Here is the 61-inch beneath the dome.  Br. Guy (visible below it) used this telescope as a graduate student.  It is still doing good astronomy today.  Of course, it has been upgraded with modern instruments.

The next four photos are of a selection of domes atop Mt. Lemmon, the highest point on that ridge, and of some of the telescopes in those domes.

From Mt. Lemmon you can look out and see in the far distance Mt. Graham (below, left), where the Vatican Advanced Technology Telescope (VATT) is located.  The ACME group did not go to Mt. Graham; it is fifty miles from Mt. Lemmon, much more than fifty miles by road, and the road to the top is slow, serpentine, and treacherous.  Below at right you might just make out the tower of the Large Binocular Telescope, currently one of the world’s largest, atop Mt. Graham.  The VATT is near the LBT, and not large enough to see in this photo.

The ACME group tried out a lot of photography.  The images below are two of my own efforts: Venus (left) and the moon.  I just put my out-of-date Nikon Coolpix camera up to the eyepiece of a 6-inch telescope that was available for use at the Redemptorist Renewal Center, and I pushed the button.

I was set on finding Venus in the morning, and some of the ACME group would join me each morning.  Tuesday and Wednesday mornings had too many clouds on the eastern horizon.  But Thursday morning featured clearer skies, and a significant “sun pillar”, seen here.  Look for Venus, too (arrowed in the right-hand “zoomed” image).

Friday morning the skies were even better, and I got Venus in a telescope.  We were able to follow Venus well after sunrise, so that we were seeing it clearly under full daylight.  Indeed, we never lost it—time just ran out, so I had to put the telescope away.  I got some photos of Venus on Friday morning, including the one above (with the moon) and this one below.

This photograph I like because of the clouds.  Note in the right-hand “zoomed” image how the crescent Venus looks “raggedy”.  That is owed to atmospheric turbulence.  If I could somehow pass the light from the little 6-inch telescope that I was using through the MagAO-X system, it would clean that up and the crescent of Venus would be sharp and smooth!

On Thursday evening Fr. James Kurzynski—the same Fr. James who writes for Sacred Space Astronomy here at VaticanObservatory.org—said Mass under the stars.  Here are some photos (all at small scale, because none of them are very good).

Fr. James also provided a cool car!  He was taking a few days of vacation following ACME, and so he rented a car.  He was supposed to get a Toyota Camry, but it turns out the rental company was all out of those, and he was forced to get a Dodge Challenger instead.  Well, I have a tendency toward motion sickness on busses, and the road up to Mt. Lemmon was rather serpentine, so Fr. James offered that we drive the Challenger up.  So, we did!  Fun ride—with Mrs. Graney going as well—and only minimal motion sickness!

An Astrophysicist, a Book, Faith, and Science

History and Geology in the Land of St. Theresa

West Side Story and some Old Astronomical Imagery (re-run)