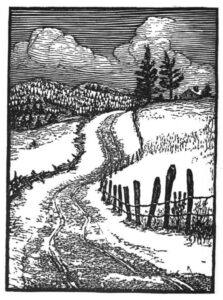 Illustration from 1923 edition of Robert Frost’s New Hampshire: A Poem with Notes and Grace Notes

Whose woods these are I think I know.
His house is in the village though;
He will not see me stopping here
To watch his woods fill up with snow.

My little horse must think it queer
To stop without a farmhouse near
Between the woods and frozen lake
The darkest evening of the year.

He gives his harness bells a shake
To ask if there is some mistake.
The only other sound’s the sweep
Of easy wind and downy flake.

One of those things is that, while in the northern hemisphere the solstice is indeed the shortest day of the year, early December marks the “darkest evening” of the year. That’s right, the earliest sunset occurs more or less this evening.  From here on the sun starts setting later each night. Check out the table below, which is for Castel Gandolfo (home of the Vatican Observatory).  The sun sets tonight at 4:38 pm there.  Note how the sun never sets any earlier, and starts setting later by the 14th of December.  And yet the length of the day keeps getting shorter.  (If we want to pick nits here, perhaps tonight is not the darkest evening of the year.  That might be actually be in a couple of days.  But the difference is mere seconds.) 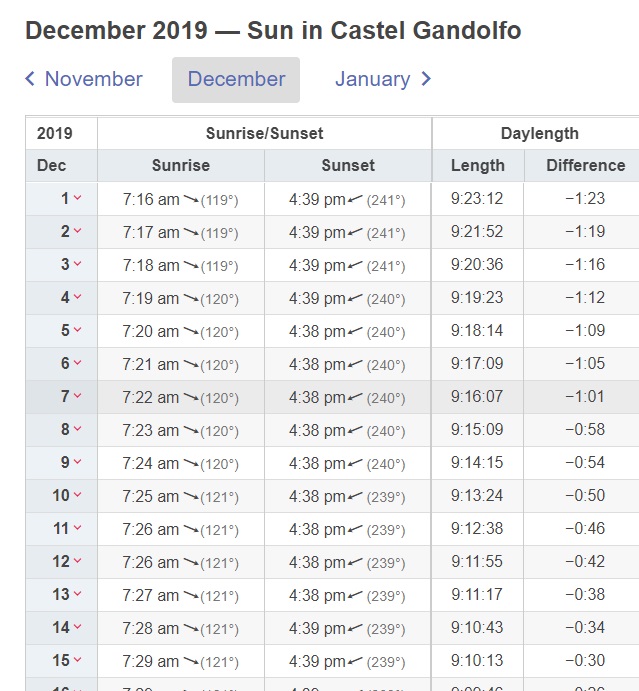 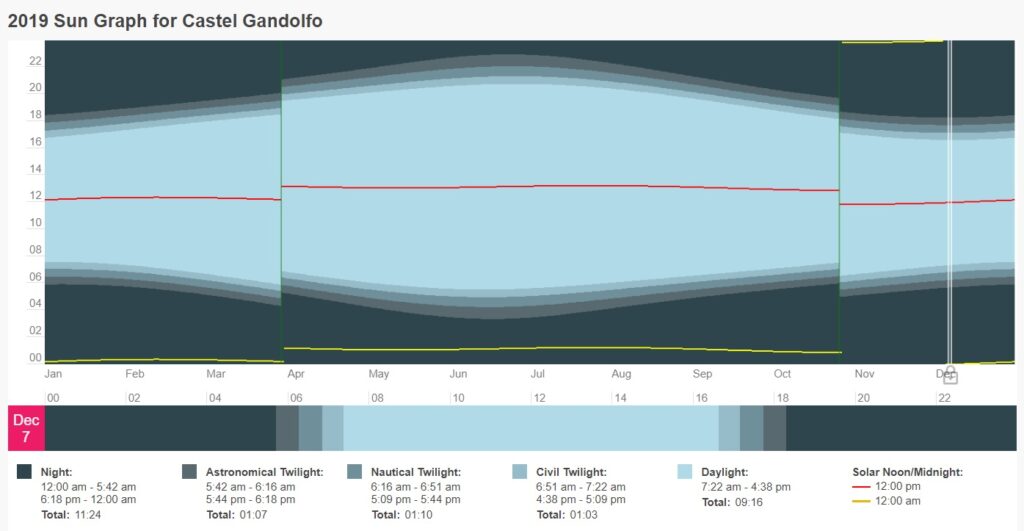 Likewise, in the southern hemisphere the solstice is indeed the longest day of the year, but the brightest morning of the year is in early December. By the time the solstice arrives there will be several minutes less of morning daylight than there are right now.

We will get to the explanation for all this in a future post.  For now, just observe it.  See for yourself that it is true.  Keep your eye on the sunset (if you dwell in the northern hemisphere) or on the sunrise (if you dwell in the southern hemisphere).  Watch the evening brighten, northerners, even as the shortest day approaches.  Watch the morning darken, southerners, even as the longest day approaches.  The universe holds surprises for those who are attentive to it.