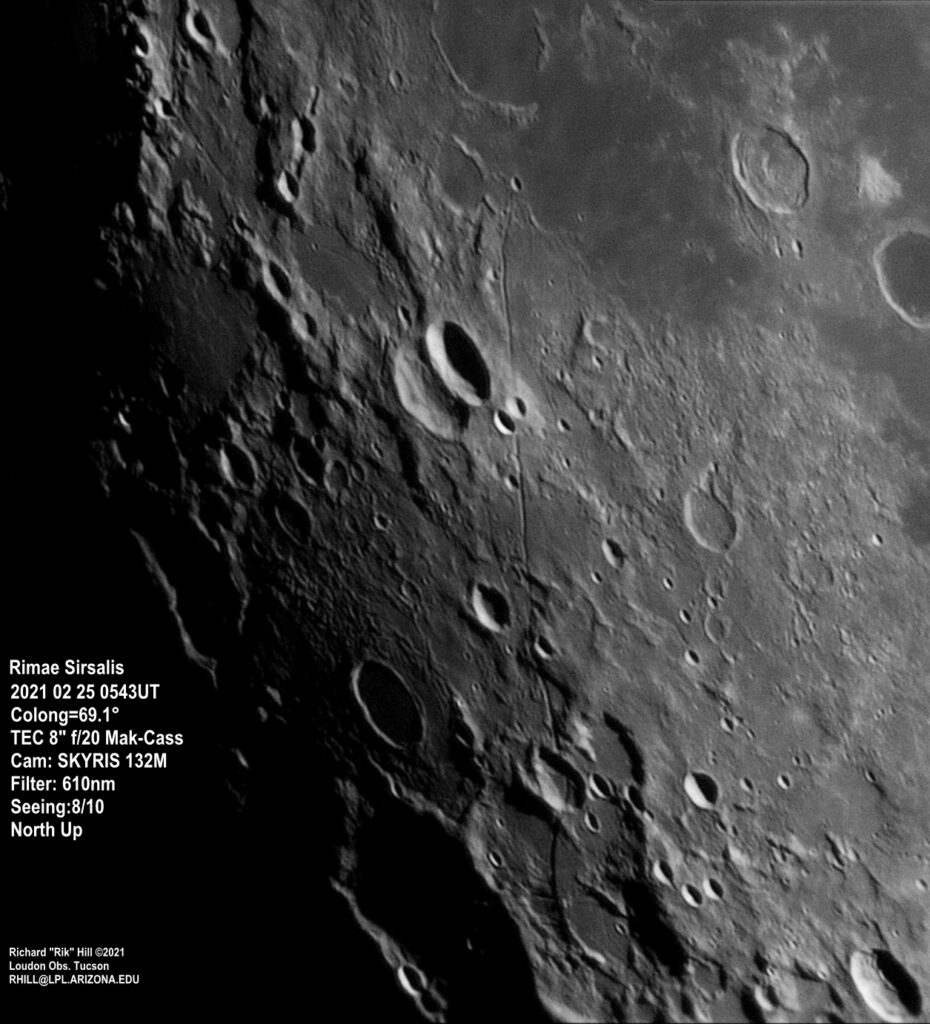 One of the longest system of cracks on the moon can only be seen as the moon approaches the full phase. This is the Rimae Sirsalis that runs vertically right up the middle of this image from the curved lower end where it crosses Rimae Darwin and cuts right through the middle of the crater De Vico A (32km dia.) on its way north. The rimae are a series of graben like trenches as seen in LROC QuickMap. They continue north past the twin craters Sirsalis itself (43km) and the crater it sits on Sirsalis A (48km). Note that the rimae pass through a pair of small craters just south of Sirsalis, Sirsalis F on the left (13km) and Sirsalis J on the right (12km). Both of these craters sit on top of the rimae making their relative ages younger than the rimae. The main rima terminates at the small crater Sirsalis K (7km) to the north. However just north of Sirsalis K is a large ring crater Sirsalis E and in it’s southern wall you can just make out a notch that is part of the larger rima which must have been buried by the lavas that formed during the flooding that created this portion of Oceanus Procellarum. This becomes quite clear again when looking at the QuickMap.

Before leaving this area, a few more landmarks need to be pointed out. The large shadow filled crater at the bottom of the image is Darwin (134km) and above it another much smaller shadow filled crater, Cruger (48km) one of the stepping stones to Mare Orientale when it is visible. In the lower right corner of this image is the crater Henry Freres (43km) and in the upper right is the shallow crater Hansteen (46km) with its system of rimae to the south, and about half of the dark floored crater Billy (48km) showing on the right edge. Between them notice the white triangular peak of Mons Hansteen. 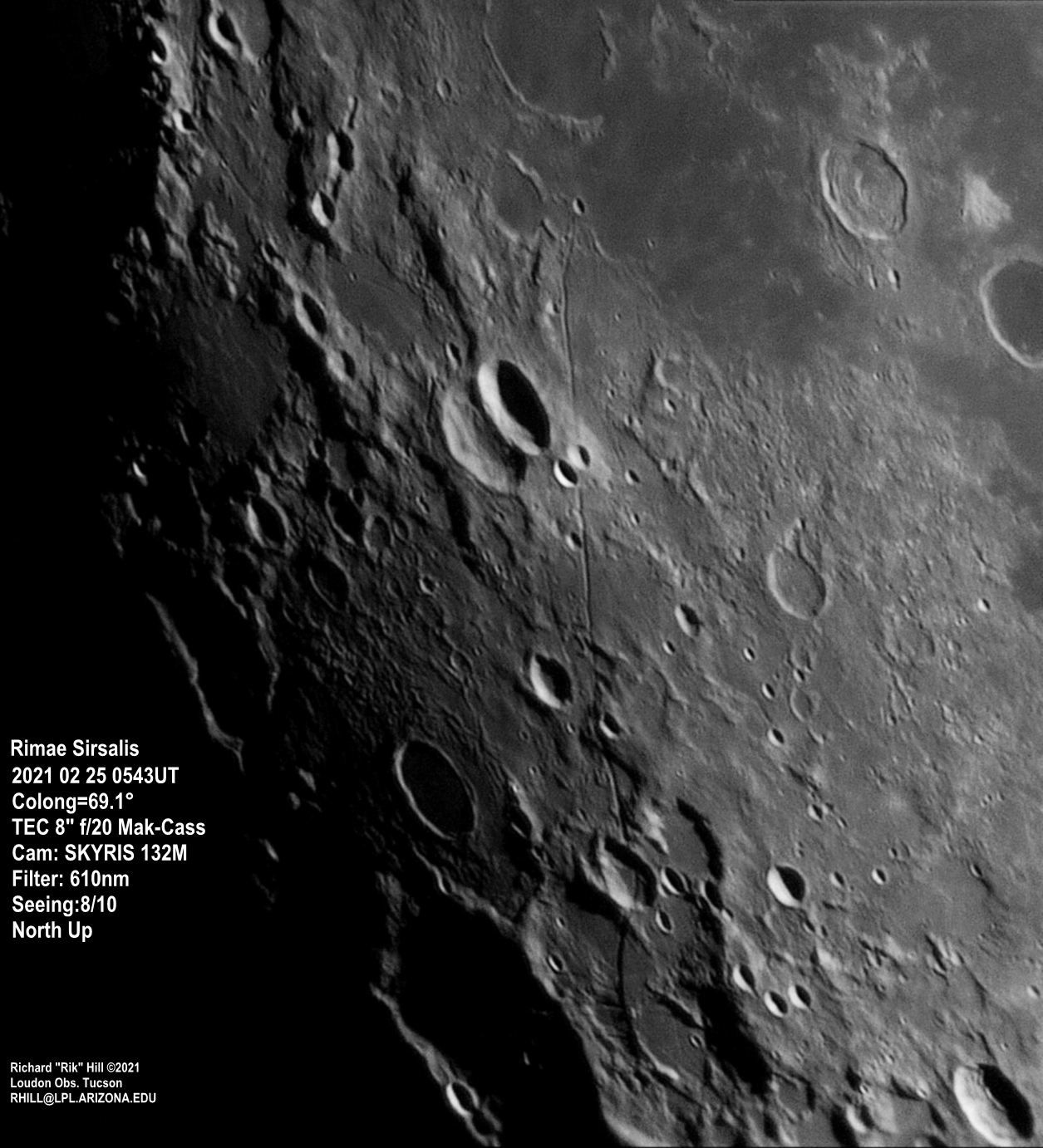