As a Catholic Priest, there is much in our world that can trouble the soul. Whether it be very public troubles like church scandals or more personal troubles like a parishioner dying of cancer, the twofold ability to both enter into these troubles with Christ’s love, but also remove my heart from them has been essential. To state this more plainly, detachment of heart, upholding the dignity of others, and finding an ability to laugh if things start to get a little too heavy!

Unfortunately, there are times when laughter is not only impossible, but would be inappropriate. This past week in the United States, we have dealt with such times whether it be the mailing of bombs to current and past elected officials or the antisemitic assassination of eleven of God’s children at the Tree of Life Synagogue in Pittsburg, Pennsylvania. There is much that can be and should be said to address these tragedies. Unfortunately, in the spirit of the story of Bartimaeus from this last weekends Gospel, though the eyes of many may have physical clarity, the eyes of faith that is to constantly see human dignity in all people made in God’s image and likeness is giving way to overtures for power. 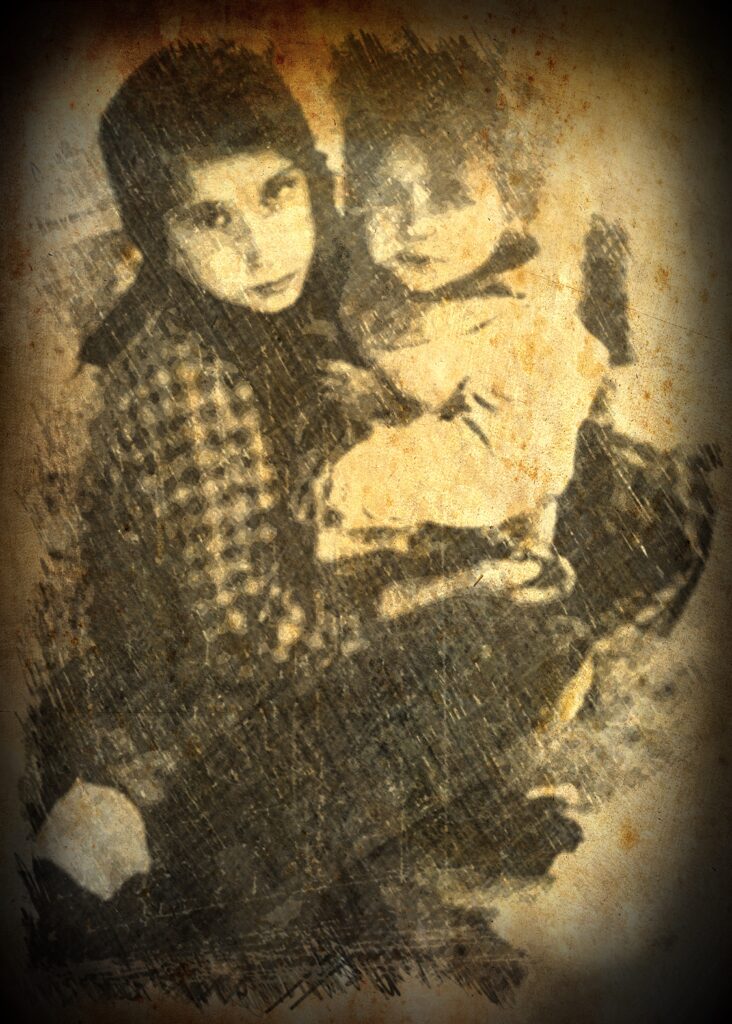 In 2015, Congregation Sons of Abraham Synagogue and Roncalli Newman Parish in La Crosse, Wisconsin, held an inter-faith prayer service for Holocaust Remembrance. The theme that year was, “Children of the Holocaust.” Yad Vashem, the holocaust martyrs and remembrance authority in the Holy Land, gave us this picture as the central image of our prayer service. It is of two Jewish siblings who were executed shortly after this picture was taken. As part of the prayer service, youth from both communities read excerpts from journals found in concentration camps that were penned by children. My prayer is that a day will come when the mentality that made this image possible will never exist again.

I could spill a great deal of ink (or pixels) on these situations, but for the sake of The Catholic Astronomer, I wanted to cast this in light of the power of stability and civility. Whether it be the parishioner in the pew, the friend who calls, or the city leaders I meet, the anger and outrage that come with acts of violence, co-mingled with power structures that minimize the true commentary on these tragedies for the sake of personal gain, regardless of one’s political persuasion, creates a blinding emotionalism that prevents our spiritual eyes from seeing clearly how God is present in these tragedies.

Amid this blindness, there needs to be an apolitical starting point in which we stand together as expressions of God’s love first, respecting the dignity we are to have for one another, and then, with clarity of mind and sobriety of heart, approach these tragedies from a standpoint of the common good versus maximizing the personal gain for an individual or social ideology.

This cultural emotionalism is not limited to these acts of terrorism and hate, but have become a calling card for much of what I see in the combative tone of the “faith versus science” drama. Amid a manufactured culture of supposed intellectual dualism, the supposed war between faith and science has done much harm to the spiritual stability and civility of those who have fallen into this rabbit hole. What ultimately takes hold isn’t a core sense of sound principles to be explored in a mutually respectful investigation into the truth, but a fundamental distrust between people of faith and science, creating an unstable and uncivil starting point for a dysfunctional relationship.

When I think of dysfunctional relationships in my ministry, I initially gravitate toward marriages that are struggling. Regardless of what the struggle may be, the ministerial approach I often take is to find something, anything the couple can trust each other about. When I find that morsel of hope, I then try to find other areas that pertain to the difficulties that are at the heart of the problems of their marriage. All of this is done within the bonds of charity toward one another, charity that isn’t always soft, but respectful, transparent, and truly desiring what is best for the other and their marriage.

Whether it be the broken cultures of a country, a couple that has fallen out of love, or the clashes between faith and science, I often times wonder if the first move we need to make is to seek that morsel of hope, finding the one or two things, as simple as they may be, in which we can find trust? Whatever that morsel may be and regardless of how simple it may appear, my prayer today is that trust and dignity can be restored so we can see a return to stability and civility in our world. Let us distance our hearts from the toxic emotionalism that feeds the desire to disregard human dignity. Let us sober our minds and hearts to the fact that every person, regardless of race, gender, country of origin, or state of life is deserving of love, dignity, and respect. And may we embrace this dignity in how we treat one another, personally and communally, on a daily basis.