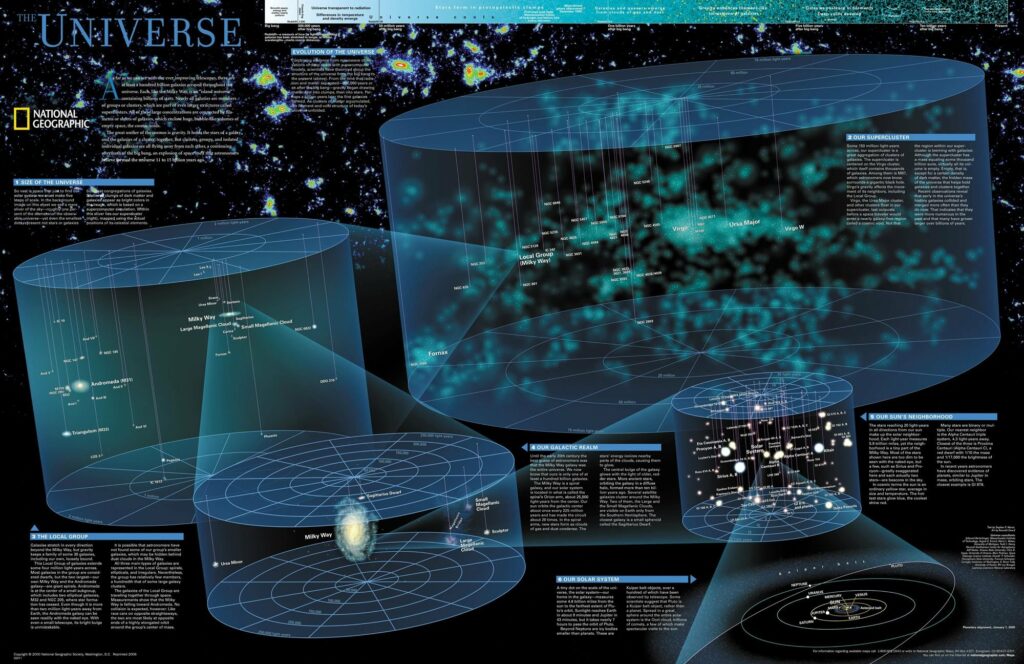 This is a re-run of a post that I originally wrote Nov 11, 2015.
I think it goes well with the recent posts on the expanding universe. I added some additional closing thoughts.

Arguably, one of the most important concepts one learns from studying astronomy, is the astounding vastness of the cosmos. This vastness extends not only out to the very VERY large and far away – it extends down to the very VERY small.

The human mind is ill-equipped to grasp the scale of the universe – but we can sure give it a try! Over the last few decades, several videos have been made showing the scale of the Universe.

1977: The iconic Powers of Ten video – remember: this was made before computer graphics:

1980: Cosmos: “The Edge of Forever” – Carl Sagan discusses the origins and structure of the Universe, and gives us the quote: “We are made of star stuff; we are a way for the Cosmos to know itself.” Here is the intro to the episode:

1996: IMAX movie Cosmic Voyage – narrated by Morgan Freeman. An updated version of Powers of Ten, with some nice computer graphics.

1997: The opening scene from the movie Contact – A personal favorite of mine:

2012: The Scale of the Universe 2 Interactive: http://htwins.net/scale2/ (Warning! This thing is WAY too much fun, and you can lose a lot more time playing with this than you might realize…)

This series of images starts at the Earth, and zooms out to the edge of the observable universe. Image credit: Andrew Z. Colvin

2000: National Geographic’s Universe Map.  Years ago, I had this poster – from the magazine, on my wall; I’ve seen this poster on many walls over the years…

2014: Google’s 100,000 Stars: http://stars.chromeexperiments.com/ – An interactive 3D visualization of the stellar neighborhood, including over 100,000 nearby stars.

2014: Riding Light – animation illustrating the real-time journey of a photon of light emitted from the surface of the sun and traveling across a portion of the solar system.

The Cosmic Web
The image below is a visualization of the ‘cosmic web’ – the universe at large scales. Each bright knot is an entire galaxy, while the purple filaments show where material exists between the galaxies. To the human eye, only the galaxies would be visible, and this visualization allows us to see the strands of material connecting the galaxies and forming the cosmic web.

This visualization is based on a scientific simulation of the growth of structure in the universe. The matter, dark matter, and dark energy in a region of the universe are followed from very early times of the universe through to the present day using the equations of gravity, hydrodynamics, and cosmology. The normal matter has been clipped to show only the densest regions, which are the galaxies, and is shown in white. The dark matter is shown in purple. The size of the simulation is a cube with a side length of 134 megaparsecs (437 million light-years). 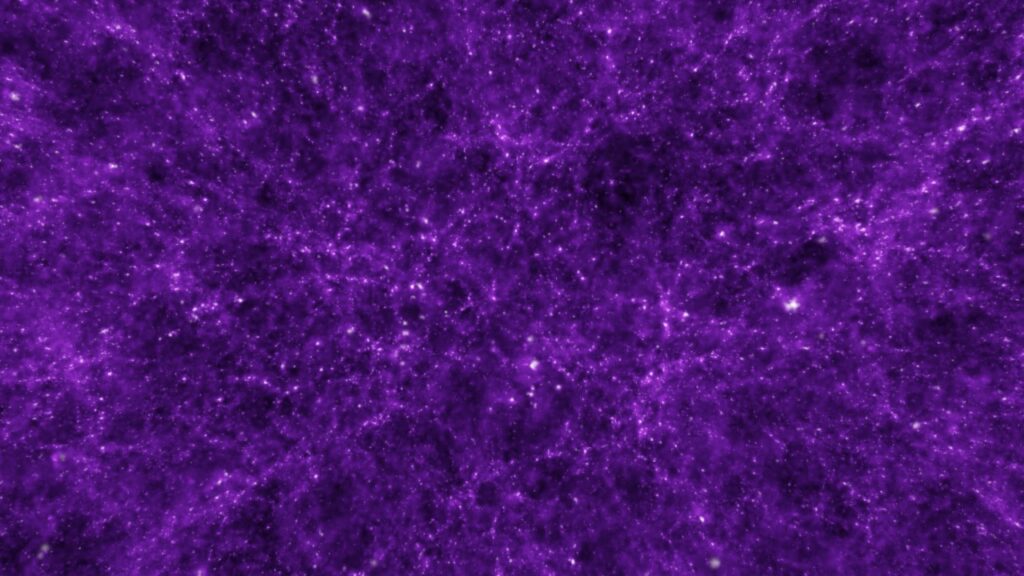 “This Makes me Feel So Small”
I’d heard this so many times when discussing the size of the Universe – but I have to ask “How big do you want to be?” Jokingly I add “Objects above a couple hundred kilometers in size become spherical under their own gravity, and start to differentiate… that seems like it would be pretty uncomfortable…”

But it really depends on your point of view: to a microbe in your gut, your body would be as vast as a galaxy is to us humans; at the scale of an atom, a microbe would be unimaginably huge. I like to think that beings on Earth are just the right size.

Sentient Beings are How the Universe Sees and Experiences Itself.

This quote is a mash-up from quotes by Alan W. Watts and Carl Sagan – I thought this a less human-centric version, that would include (at a minimum): whales, dolphins, elephants, and apes (maybe ants and bees). It also includes extraterrestrial intelligences.

So get away from city lights, and look up at the night sky. Let the beauty and majesty of the Universe fill you with awe and wonder –  and try to give the Universe a good accounting of itself!