This last lunation had a night where Mare Australe was very well displayed. This is a mare unlike others, consisting of a collection of craters with flooded floors rather than a broad expanse of basalts like Imbrium and Humorus. In the middle of this collection of black spots is one larger one, the crater Lyot (145km dia.). In the early 1960s I learned that Lyot was the prominent 9km crater on the floor of Ptolemaeus, now known as Ammonius. I’ve labeled Lyot as a reference point. Above Lyot is a very circular dark crater half the size of Lyot. This is Oken (75km) with the bright crater Hamilton (60km) between it and the limb. Above these two is another dark patch, Marinus (also 60km). At the very top limb of this image is the dark floored crater, Abel (117km).

Going back to Lyot we see a very dark crater on the western edge of this mare, Brisbane (46km). Further out from this in the same direction we see a nearly vertical gash. This is end of Vallis Rheita. Lastly, on the far lower left end of this field of dark floored craters, is an isolate one Hanno (58km). You can hunt out more features using some of the online atlases like  the 1:1 Million-Scale Maps of the Moon at: https://planetarynames.wr.usgs.gov/Page/Moon1to1MAtlas 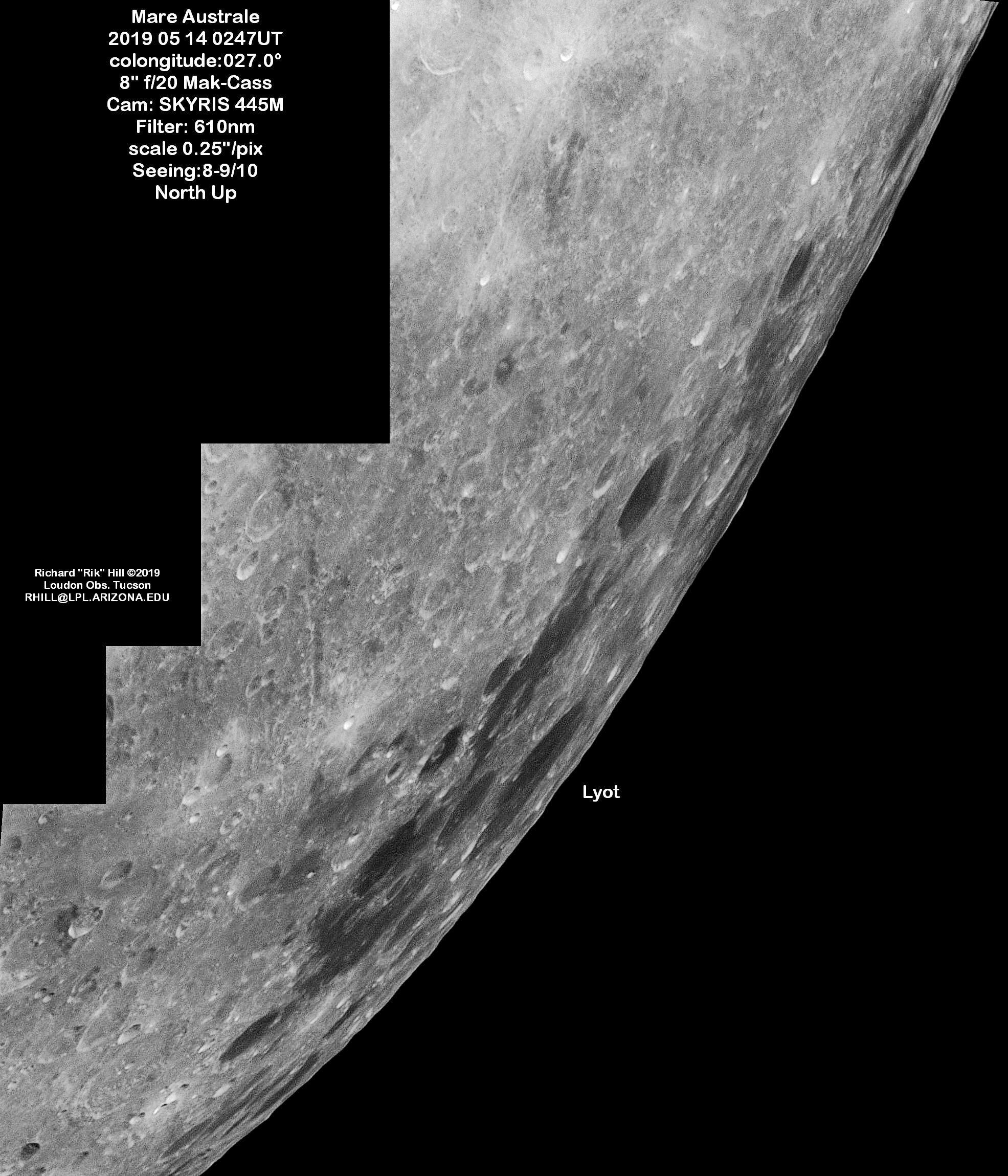