Recently my wife and I had the pleasure of spending some time in Montgomery Bell State Park in Tennessee, located less than an hour west of Nashville. Mr. Montgomery Bell was an iron manufacturer prior to the American Civil War, and so a visitor to the park who is hiking through forest that was once open ore pits, and past the site of an old furnace, might be surprised to come upon a chapel and monument in the middle of the park. These commemorate the founding of the Cumberland Presbyterian Church in 1810. 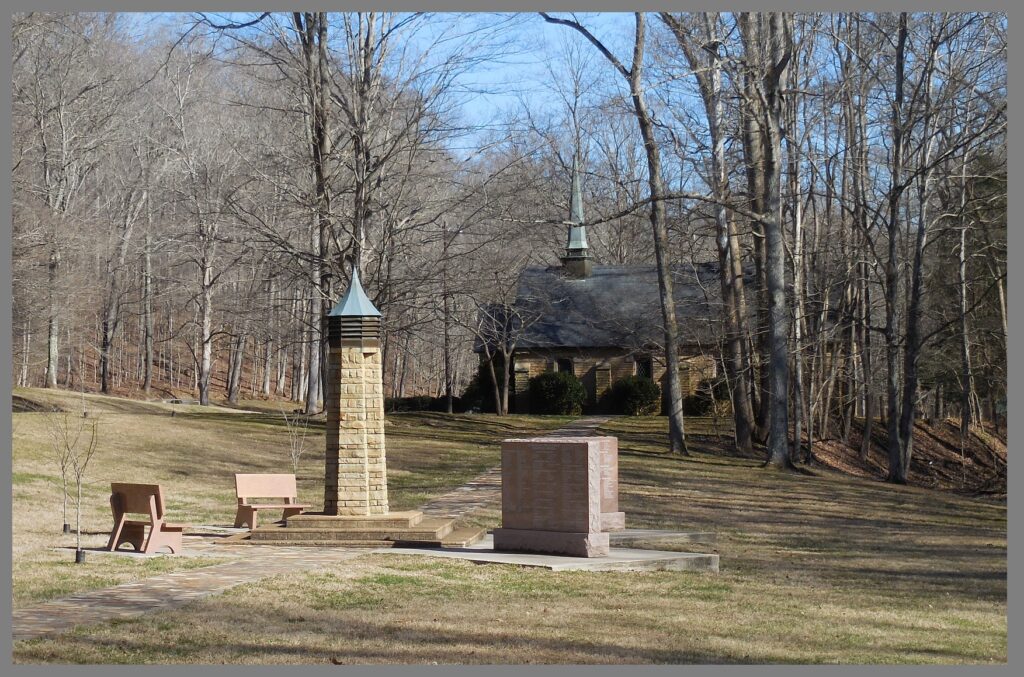 The stone chapel is open to all, and is complete with bibles, hymn books, and an organ. Within one of the hymn books was the following hymn: 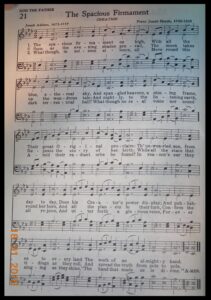 The spacious firmament on high,
With all the blue, ethereal sky,
And spangled heavens, a shining frame,
Their great Original proclaim:
Th’unwearied sun, from day to day,
Does his Creator’s power display;
And publishes to every land
The work of an almighty hand.

Soon as the evening shades prevail,
The moon takes up the wondrous tale;
And nightly, to the listening earth,
Repeats the story of her birth;
While all the stars that round her burn,
And all the planets in their turn,
Confirm the tidings as they roll,
And spread the truth from pole to pole.

What though, in solemn silence, all
Move round this dark terrestrial ball?
What though no real voice nor sound
Amid their radiant orbs be found?
In reason’s ear they all rejoice,
And utter forth a glorious voice,
Forever singing as they shine,
“The hand that made us is divine.”

The author was listed as Joseph Addison (1672-1719). The hymn’s emphasis on reason caught my eye. I occasionally encounter students and members of the general public who on account of their religion and culture are wary of science and of its emphasis on reason; such folks often associate an emphasis on reason with atheism and with opposition to religion. But those same folks usually have an interest in knowing things; they care, in other words, enough to have a wary opinion about science; whereas many people simply have no time for interest in anything related to science or the natural world. “The Spacious Firmament” seemed like it might have potential as a means of making a connection with such folks, especially as it is worded broadly enough to appeal to a wide variety of religious and cultural backgrounds—so I snapped a photo. Considering that I have spent a lot of words in this blog on the subject of reason and astronomy, it occurs to me to post it here. In so many ways do the heavens sing into the ear of reason.