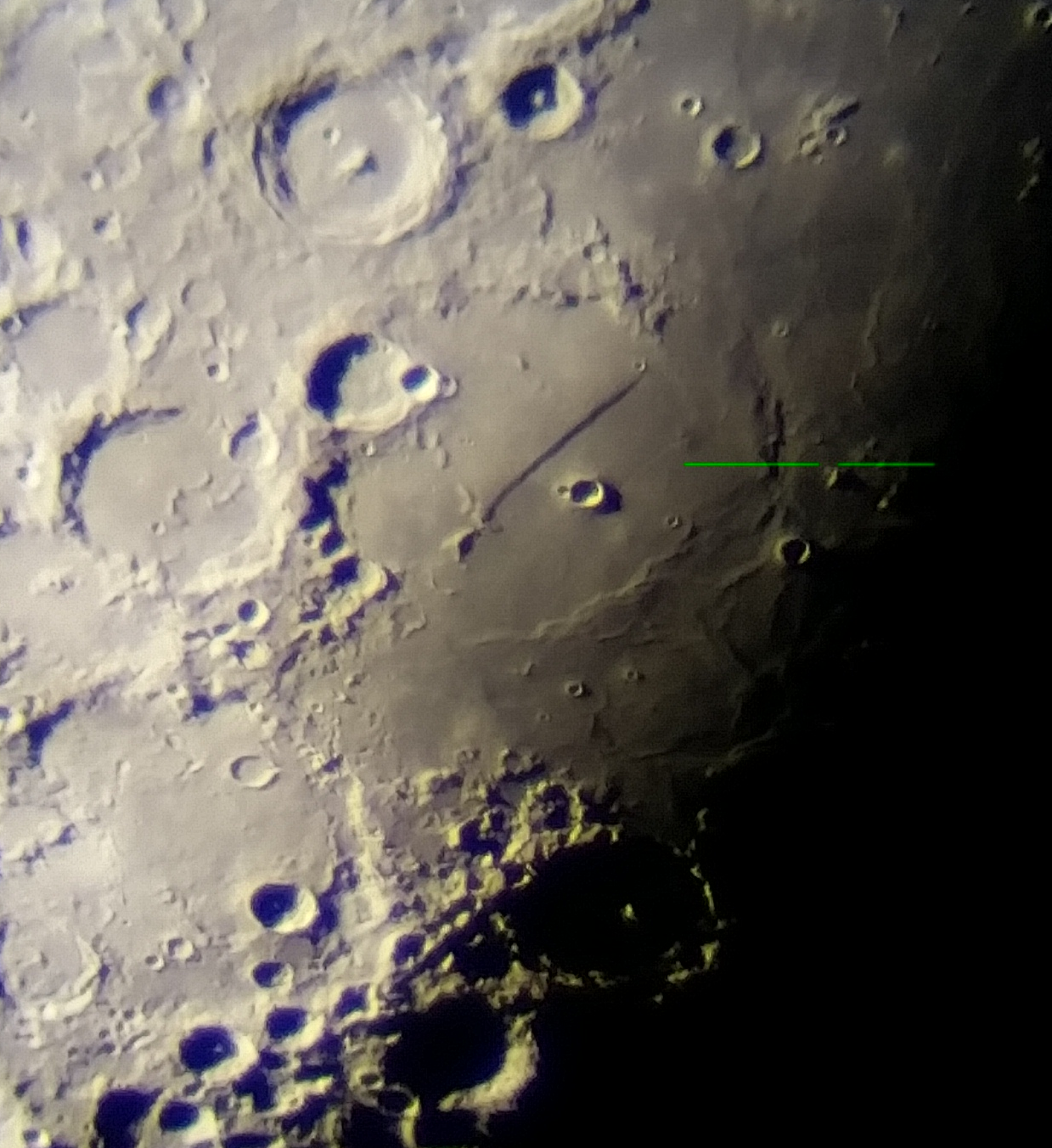 Every 4th Saturday of the Month, the Warren Astronomical Society hosts a free Star Party and Astronomy Outreach event at their Stargate Observatory; this image was taken by holding my Android Smartphone up to the eyepiece. I also got to use a nice new binoviewer with the telescope – WOW! What a difference that makes!

Last night we had several Boy Scouts show up just as the Sun was setting. The first quarter Moon was out, Venus was almost unbearably bright in the western sky, and Jupiter was high in the sky. While a fellow Society member was opening the observatory, I engaged the freezing scouts; the first thing I asked was “How much astronomy did you get in school?” I got the expected answers: “a little” or “nothing.” I then asked how many had looked through a telescope before, and much to my surprise and pleasure, several of them already had.

I proceeded to tell the Scouts about the Dawn mission going into obit around Ceres – right now, New Horizons approaching Pluto this summer, and Juno on its way to Jupiter – none of them had heard anything about any of these space missions. I really need to fix that…

Update: This is the first object I’ve observed for the Astronomical League‘s Lunar Observing Program.