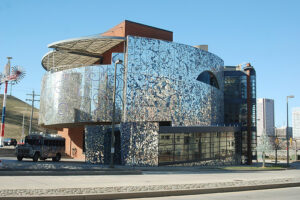 Last week, I offered some initial musings on my presentation for the 2018 Logan Visionary Conference in Baltimore, Maryland. I want to thank those of you who took the opportunity to offer your thoughts on my reflection. They have given me some food for thought as I prep for my presentation this coming weekend. I invite all of you, once again, to share your thoughts at the bottom of this post.

As is often the case in theology, I chose to focus first on the “via negativa” (the negative way) to clarify what the notion of cosmological and theological heaven is not. We explored how heaven is not a “place” that can be found in the created world. We also reflected on how our understanding of God impacts our view of heaven, seeing in the God who is radically transcendent and radically eminent a related understanding of heaven that is both present to us now, but also transcends anything we can comprehend. We concluded our reflection by exploring how this twofold notion of heaven is rooted in Kingdom Theology, expressed in the great “already/not yet” principle, seeing the Kingdom of God as having already been established through the life, death, and resurrection of Jesus Christ, but will not be fully revealed until Christ returns in final glory.

From this foundation, we now need to venture into the question of how we can understand the relationship between the cosmos, theology, and heaven. To do this, I will explore two themes: intelligibility and beauty. I will explore these ideas through three of the Vatican Observatory’s Astronomers – Fr. George Coyne, Fr. Paul Gabor, and Br. Guy Consolmagno.

One of the principles of our understanding of the universe that is so foundational that we often take it for granted is that the universe is intelligible or able to be understood. There is nothing that necessitates that the universe needs to be this way. The universe could have been profoundly inaccessible, making exploration into the scientific understandings of the universe impossible. One area that I see this presumption of intelligibility on full display is in regard to dark matter and dark energy. To think that over 90% of the known universe is made of sometime we cannot identify outside of it’s effects on things we can observe could easily be met with the presumption that we will never know what this “stuff” is. However, the track record of science gives all of us, whether we are more on the scientific end of the spectrum or theological end of the spectrum, a deep optimism that it is only a matter of time (pun intended) before we know what dark matter and dark energy are. Why? Because the universe has routinely presented itself as accessible and intelligible. 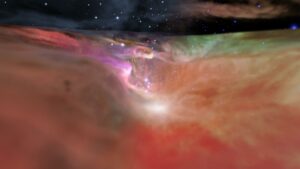 When I attended the first Faith and Astronomy Workshop (FAW) back in 2015, Fr. Paul Gabor gave a simple, but powerful reflection on the intelligibility of the universe. In that presentation, Fr. Gabor stated that the fact the universe can be understood points to the fact that there is something worth coming to know. It is as if the universe itself wants to be understood. This “knowing universe” reflects a key attribute of the Creator in that if the universe wants to be known, then it is made by a Creator who also desires to be known through creation. If the Creator desired to be distant, vindictive, and uncaring, the universe could have easily been made in such a way as to make knowledge of the natural world impossible. Since the inverse is true, the accessibility we have been given to know the universe reflects a good God who seeks to be accessible and understood through creation. It is a unique pathway to explore the loving nature of God.

This knowing universe also presumes a creature that is able to understand this universe. It is at this point that I turn to the thoughts of Fr. George Coyne. In a powerful analogy of reducing the history of the known universe from 13.7 billion years to one calendar year, Fr. Coyne states that the human person has only been present on this calendar of creation for two minutes, while Jesus Christ came into human history two seconds ago. At first, this might seem to undermine the idea of the human person as a significant part of God’s creation. However, Fr. Coyne states that, for the last two minutes of known history, creation is trying to understand itself through us – the human person. This great mystery of one of the most materially insignificant creatures in all of creation being gifted with the ability and insight to understand a universe incomprehensibly bigger than itself points, again, to fact that there is something to be known that creation itself is trying to grasp. Again, this knowing universe begins to hint at something radically other that seeks to be understood.

These reflections on intelligibility are enriched by the idea of us living in a “beautiful universe.” This beautiful universe is not only perceived through a beautiful sunset or a pristine rose picked from a master gardener’s flowerbed, but even scientific theories can be sorted according to beauty. As a non-scientist, I cannot share with you the nuts and bolts of how this beauty is discover. However, Br. Guy Consolmagno once reflected on how when a scientist tries to establish a theory of our universe that is true, it is often done by identifying the theory that is most elegant, speaking to something in the human soul the makes one theory more “beautiful” than the others, even though many of the “less beautiful” theories can fit the math. Here is a short clip of Br. Guy explaining this idea.

This reflection on how often the best theories to describe the universe are the most elegant and beautiful reminds me of one of my favorite arguments for the existence of God: There is the music of J.S. Bach; therefore, God exists! As someone who was primarily trained as a musician and not as a scientist, this argument from beauty makes a great deal of sense. J.S. Bach is often times called the “father of music theory” given the beautiful, dare I say mathematically brilliant laying out of notes on a page of staff paper.  Anyone who has studied music theory knows both the beauty and the agony of understanding the logical movements of music. As someone who is also a music composer, these logical movements became foundational when I composed my first piece of music. After writing the music, analyzing the theory, and perfecting the movements of the notes, it became very clear to me that, despite the proper “theory” used in my composition, I was no J.S. Bach. There was something missing from my piece that was present in J.S. Bach despite my adherence to his mathematical arrangement of notes: The presence of beauty.

Beauty, at least in art and music, is often times reduced to subjective opinion. Nevertheless, there is a reason that many pieces have withstood the passing of time and emerged as “classics” that all musicians see as foundational when trying to become a master musician. This emergence of musical genius reminds me of Br. Guy’s reflection on the elegance found in scientific theories of the universe. Just as music that is considered a masterpiece contains both mathematical brilliance and an “otherly” quality that transcends the notes, so, too, does science have have certain theories that have stood out among the rest due to, dare I say, a transcendent quality, seeing in elegance and beauty theories that emerge as better expressions of our natural world than others.

If we then apply this idea to our question of heaven, what can we affirm as one of the most elegant and beautiful expressions of what the afterlife will be? It is a simple passage from the Bible that I presume even non-Christians are well aware of.

Eye has not seen, nor ear has heard, what God has ready for those who love God.

Though there is more to write, I will stop here (mainly because I have been receiving e-mails from people attending this conference who read The Catholic Astronomer and I don’t want to ruin the end of my presentation for you). Therefore, for a fun way to end this post with a request for feedback: How would you end my presentation based on what I have laid out to this point? Leave your thoughts and, when I get back from Baltimore, I’ll share with you how the conference went and any insights gained into this beautifully difficult topic of the cosmos, theology, and heaven.

Have a great week everyone!