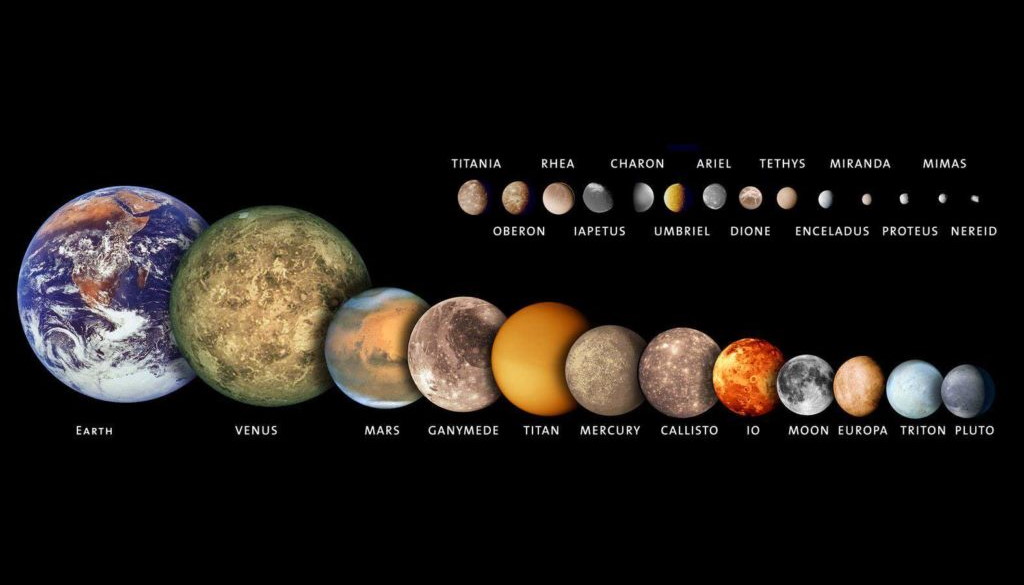 Astronomy is a part of our everyday lives. Who has driven a Saturn, Ford Taurus, Chevy Nova, or Subaru (Japanese for the Pleiades)? When was the last time you ate a Milky Way or Mars Bar or cleaned something with Comet? Do you listen to Sirius Radio? Do you know a song about the Moon?

In our workshops we do an activity called Astronomy in Advertising where the educators create a poster using ads from magazines, newspapers, from on-line sites, etc. that depict astronomy in advertising. I mentioned a few above.  Here are a few examples:

Do you remember the song There’s a Moon Out Tonight1 lyrics? There are many Moon-related songs. Can you name any of them? Do you remember the words and the artists who sang them? The goal of any astronomy-related activity should be to learn some science as we do the activity. For example, we can challenge ourselves to come up Moon-related songs while we learn about the moons of the Solar System.

Many of you may have been fortunate enough to have seen the total eclipse of the Sun in 2017 when the Moon came between us and the Sun.  The shadow of the Moon crossing the United States was captured by the GOES-16 satellite. Were you “followed by a Moonshadow”2 lyrics? Did you find a strange plant during the “Total Eclipse of the Sun” (Da-Doo3) lyrics? In any given year there will be anywhere from two to four solar eclipses, but they are not always total eclipses and you have to be in the narrow shadow of the Moon in order to see them (a central eclipse). The angular diameter of the Moon is very close to the angular diameter of the Sun: one-half degree (about half the width of your pinky). However, because the Earth’s orbit around the Sun is not circular and the orbit of the Moon around the Earth is not circular, there are times when the Moon does not completely cover the Sun, giving us an annular eclipse. Only about 40% of central eclipses are total eclipses.

The Moon has influenced the lives of people for thousands of years. There are hundreds of Moon-related myths and legends across every culture. Historically, solar eclipses were viewed as omens that brought death and destruction. However, they were sometimes seen as good omens! The first prediction of an up-coming eclipse may date back to 585 BC and maybe even 2,000 years earlier! Einstein’s General Theory of Relativity was confirmed by observations made during a solar eclipse in 1919. The bending of light by the gravity of the Sun was predicted by the General Theory and, by measuring the change in the positions of stars very close to the Sun (only visible during a total eclipse), the astronomers Frank Dyson and Arthur Eddington confirmed Einstein’s predictions.

In modern times, songs (many of them love songs) have been written By the Light of the Silvery Moon4 as we “crooned love’s tune” lyrics, sometimes while “sailing along on Moonlight Bay“4 an early version lyrics. There are hundreds of Moon-related songs! How many can you remember the lyrics to? There were over 30 Moon-related songs written by Tin Pan Alley songwriters between 1892 and 1936! Some of them are what we would now call politically incorrect.  But watch out for the Full Moon if you happen to have been bitten by a werewolf!

Scientifically, planetary astronomers and geologists use the more scientific names for the Moon— Luna (Latin) and Selene (Greek). From this, we get lunar eclipse, lunar phases, lunar meteorites, etc. If we are studying the geology (Greek for study of the Earth) of the Moon, we are studying lunar geology or selenology. One more definition to mention. When my students ask me what is the difference between a moon and a satellite, I tell them “moon” has four letters with two o’s and satellite has nine letters with two “l’s.” There is no difference—we use them interchangeably! From the scientific perspective, I should be using the term satellite and more specifically natural satellite (as opposed to artificial satellite). Oh, I cannot resist mentioning the one song named for an artificial satellite, Telstar5.

When we go out at night (or even during the day), we will often see that There’s a Moon in the Sky6 (Called the Moon). At the same time, we might also see some of the planets that orbit the Sun: “Saturn, Mercury, Saturn, Venus, Saturn, Mars, Saturn, Jupiter”6 lyrics. In Tucson it is impressive to look to the northeast in the evening When the Moon Comes over the Mountain7lyrics and it is a Full Moon. I am optimistic these days and hope that it is not a Bad Moon Rising8 lyrics.

Many of these planets have their own families of moons (natural satellites). Mercury and Venus have none. However, if you wish you could take a journey into space: “Fly Me to the Moon9 lyrics and let me play among the stars. Let me know what spring is like on Jupiter and Mars.”9 If you did, you would find that Mars has two moons and Jupiter has 79 known moons (there are probably many more smaller ones).

Lest we forget, Saturn has 82 known moons! There are two more planets and one dwarf planet that some of us still consider to be a planet (it has many planet-like qualities). Uranus has 27 known moons, Neptune has 17 known moons, and Pluto has five moons orbiting it. This gives us a total of 210 moons! However, that is not all. There are 415 asteroids (including the other dwarf planets) that have a total of 430 moons orbiting them. So, if you want to go Dancing in the Moonlight10 original version lyrics, there is more than one Moon Out Tonight1 depending on what planet you are on!

Here is a poster of the Solar System’s planetary satellites from JPL (Jet Propulsion Laboratory). Note that it is a little out of date for the moons of Jupiter, Saturn, and Neptune.

Spacecraft have imaged many of these moons. Below are images (mostly from spacecraft) of the largest moons compared to the terrestrial (Earth-like) planets and icy dwarf planet Pluto. I have put some images together below. These are all to scale for comparison.

So, what would it be like to be on Jupiter or Mars, looking up and seeing their moons at night or, during the day, seeing one of the moons passing in front of the Sun? Any moon can pass in front of the Sun as viewed from the surfaces (or cloud tops) of their respective planets. If the satellite is not large enough to completely cover the Sun, we call this a transit. If the moon is large enough to completely block out the disk of the Sun, this is an eclipse or, more generally, an occultation (occult, hidden from view).

However, you would be surprised how many moons do actually eclipse the Sun. In some cases, many times a year. While a moon may be small, it may be much closer to the surface (or cloud tops) of the planet it orbits and so will appear larger in the sky. The distance from the Sun also matters. At the distance of Jupiter, the Sun’s apparent diameter in the sky is only 1/5 of what we see from Earth. At the distance of Pluto, the Sun appears 1/40 as wide as it does from the Earth. This is why, for example, the small moons of Uranus can still appear larger in the sky than the Sun.

This is what the Sun looks like from each of the planets, all to scale. These images were produced using the NASA/JPL Solar System Simulator.

And here are a few of the moons of the planets to the same scale. These images were produced using the NASA/JPL Solar System Simulator. Other than Mars’ moon Phobos, the moons all appear much larger than the Sun in the sky and so completely eclipse/occult the Sun. The Moon is one of only a few moons to almost exactly the same apparent size as the Sun. However, even though the Sun may be small, at the distance of Pluto, the Sun will outshine the moons that get their light from the Sun. For example, at the present distance of Pluto from the Sun 34.7 AU (34.7 times the Earth’s distance from the Sun), the Sun will have an angular diameter about the same as Venus at its largest angular diameter as viewed from the Earth. However, the Sun will be 500,000 times brighter than Venus at its brightest as seen from Earth or more than 300 times brighter than the Full Moon!

Eclipses of the Sun by the Moons of Mars have been captured by Mars rovers and landers. Hubble Space Telescope has imaged the moons and the shadows of these moons on Jupiter’s cloud tops.

So, when you go out at night and look up and see that There’s a Moon in the Sky6, think about what it would be like on Mars or Pluto (the two other planets or dwarf planets with solid surfaces and moons), looking up at Phobos or Deimos from the surface of Mars or Charon, Stys, Nix, Kerberos, or Hydra from the surface of Pluto. What love songs would a Martian or a Plutonian there be singing?

What Do the Summer Sky, a Japanese Festival, and a Chinese Lunar Mission Have in Common?