Sunspot AR2529 (“AR” = Active Region) is anything but little – you could fit the entire Earth inside it! It’s so large, it can be seen using solar filter glasses – without any magnification!

It’s surprising to see such a large sunspot at this time, as the solar cycle has past solar maximum, and the Sun’s activity has been steadily decreasing; sunspots have been infrequent in recent months.

Amateur astronomers have been targeting the sunspot, and producing some spectacular images: 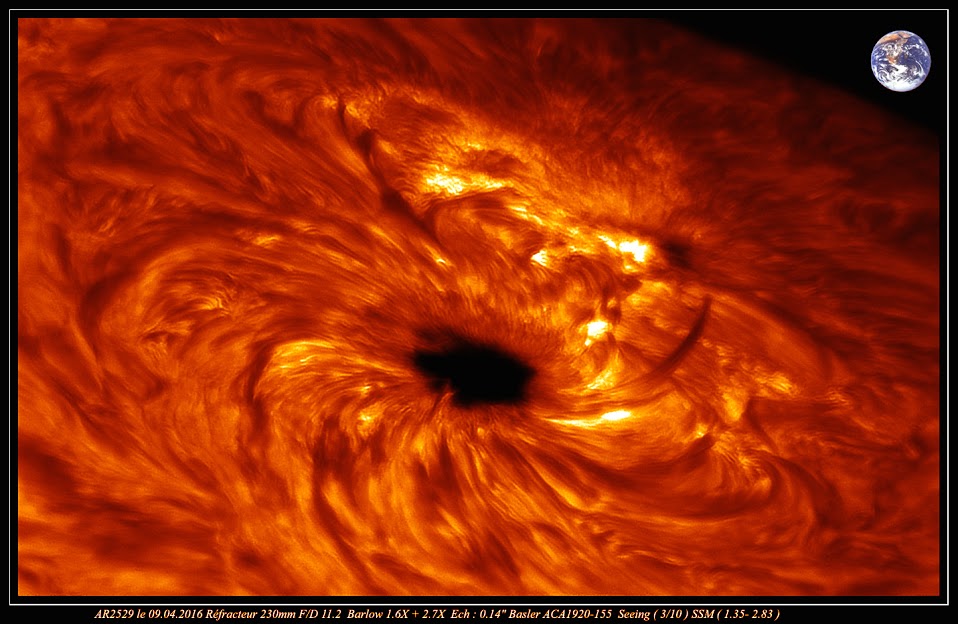 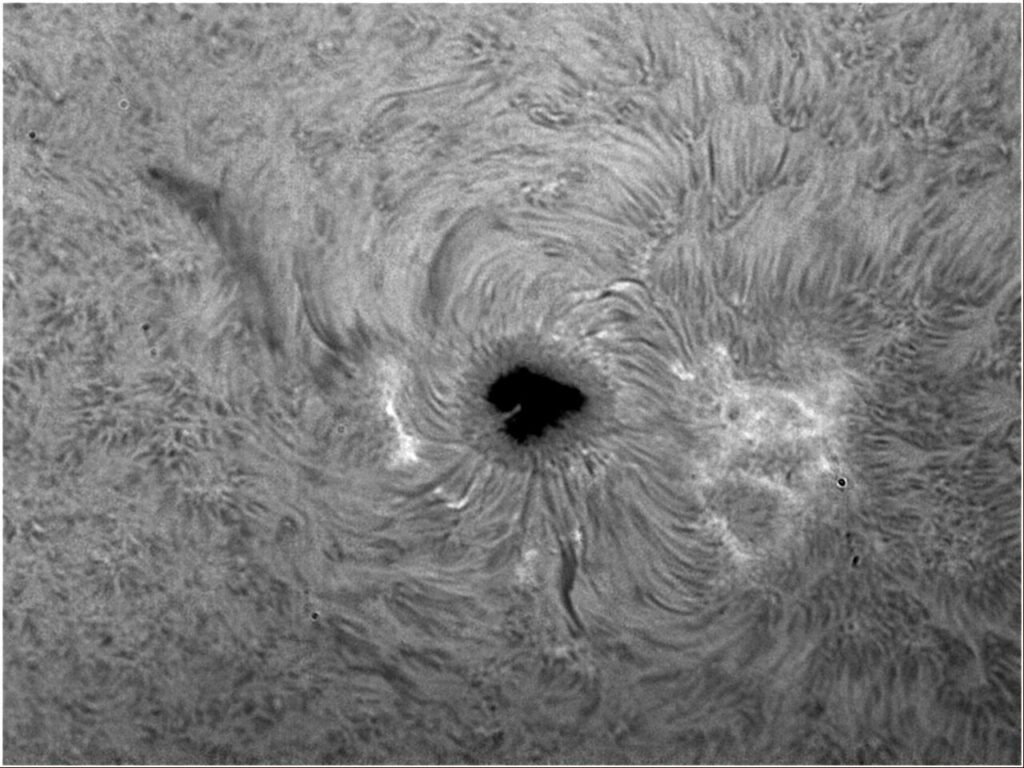 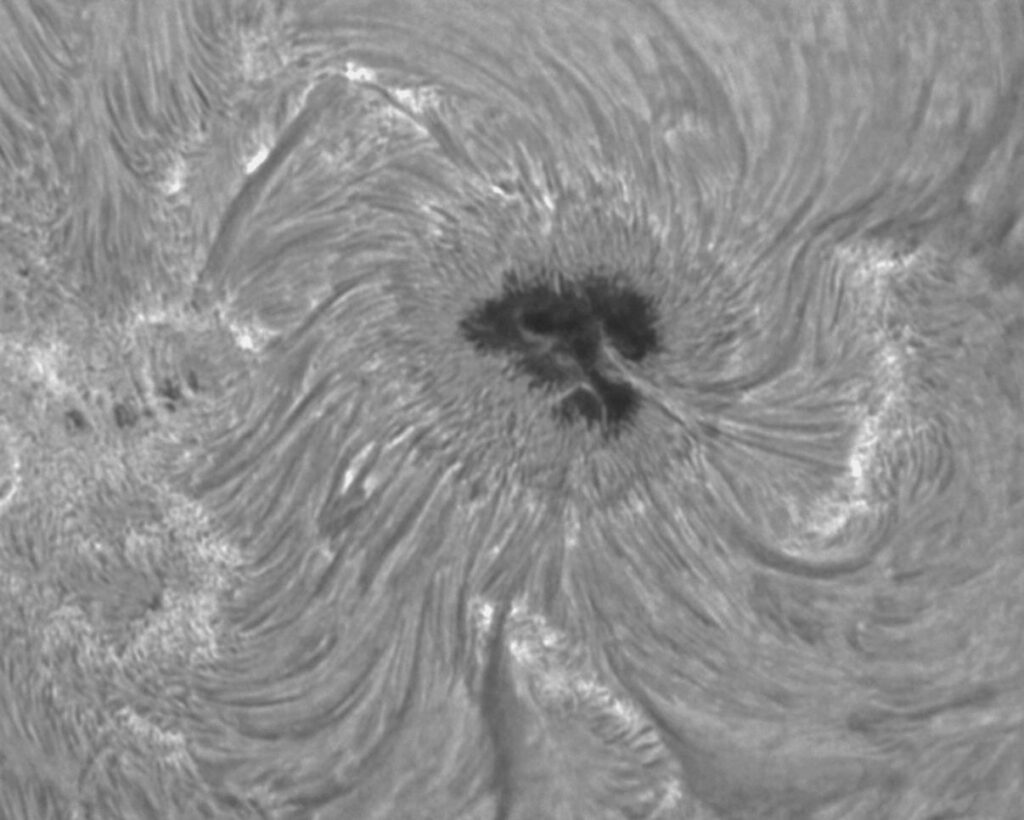 SpaceWeather.com says: “a minor CME from sunspot AR2529 could deliver a glancing blow to Earth’s magnetic field. Such an impact would add to the effect of the solar wind stream, already here. NOAA forecasters estimate a 70% chance of more G1-class geomagnetic storms on April 13th.”