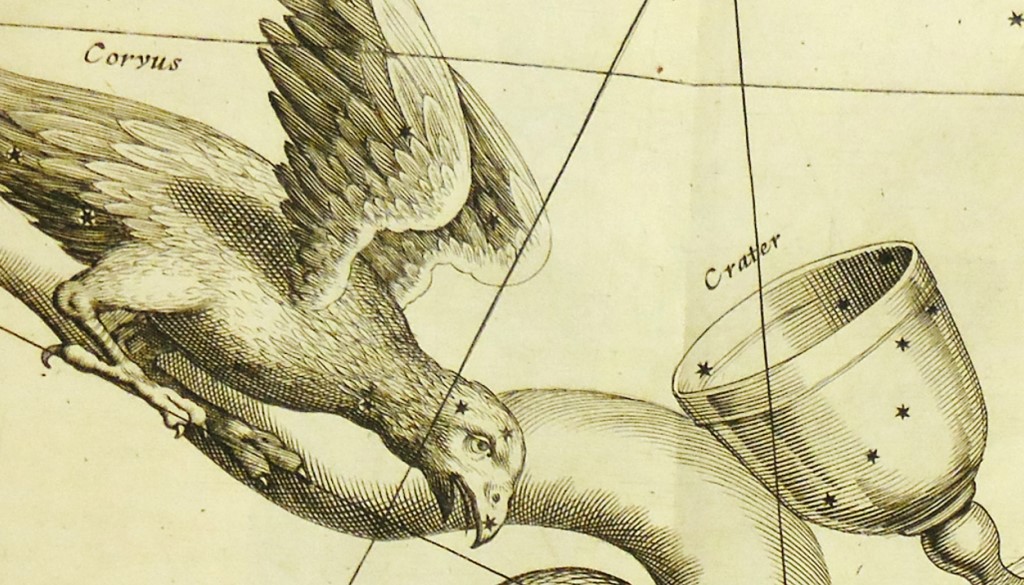 This is the last in a series of five posts (click here for the series) about interesting things in the Vatican Observatory library at Castel Gandolfo.  I was there in June—and I had a key!

Some things in the library’s collection are quite old.  The collection includes a number of books that date back to the sixteenth and seventeenth centuries.  A particularly photogenic book was this one, on comets.

A remarkable thing about these older books is how durable they are.  As you can see in the picture above, some of the fold-outs in the comet book extend to the length of almost four pages. Fold-outs are common in these old books, and generally speaking the fold-out illustrations show no ill effects of time.  They can be unfolded and re-folded with ease; no concern that the paper will fall apart, or tear along a fold.

Seventeenth-century paper was a remarkable technology.  From what I gather, paper-making technology began to change around 1800, to become the less-durable paper we know today.  An article by Timothy Barrett of the Iowa University Libraries states that after 1800 paper started becoming less stable over the long term, as the paper-making process became more mechanized and started to use more harsh chemicals.

What this means is that books in the library from 1900 may have very brittle pages, while far older books have fully functional fold-outs… seen below!  And since the old books show so little effects of time, it seems reasonable to assume that they will still be useable in another century, or two, or four—when some other person will be perusing the contents of the Vatican Observatory Library, checking the artsy science fold-outs!