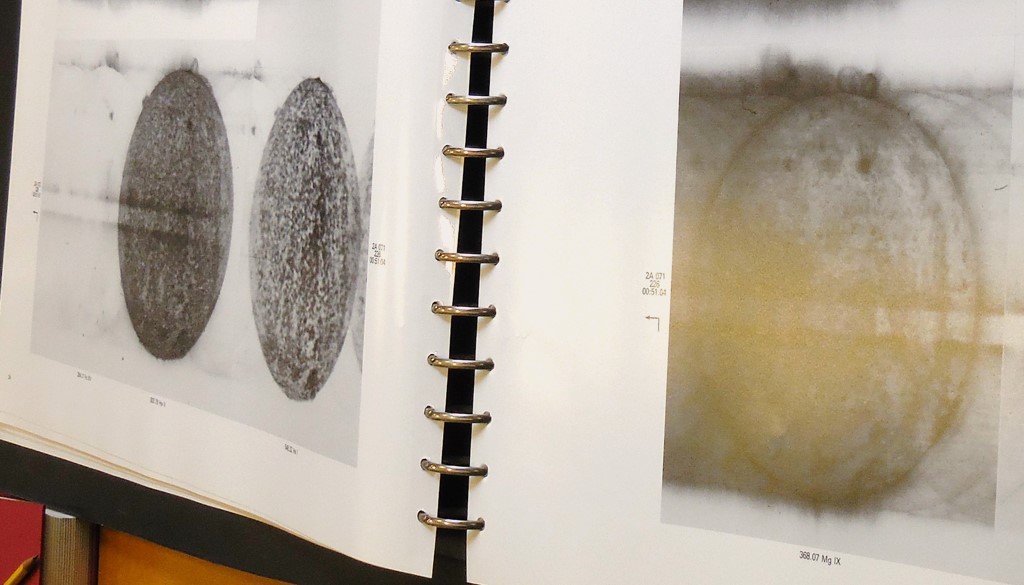 Last month I spent a couple of weeks at the Vatican Observatory at Castel Gandolfo.  I even had a key to the library!  This is part of a series of short posts (click here for the series) on the cool things that are on the shelves there.

With so many cool things, it was hard to focus on a single one, but Big Stuff always catches my eye.  The BIGGEST thing I saw on the shelves was this gigantic Atlas of Extreme Ultraviolet Spectroheliograms.  This thing took up an entire table.

The atlas consists of data from the Skylab missions in the 1970s. The Preface reads,

The Skylab astronauts exposed over 1000 spectroheliograms in the Naval Research Laboratory’s experiment SO82A during the period from June 1973 through January 1974…. It has been 13 years since the last Skylab mission.  Our knowledge of the solar atmosphere, as it is seen in this data, has undergone extraordinary growth…. [however] so much information is yet to be extracted.

It goes on to say that the atlas was published in part as an effort to make the solar physics community more aware of “this magnificent experiment”.  Well, it made me aware!

Today this information can be shared digitally, without such a massive published product.  But while digital stuff may be easily accessible and easily searchable, it does not have the tangible coolness factor of this enormous volume, found on a library shelf.