“Hey Father, did you hear that Beetlejuice is going to explode tomorrow?” Whenever I hear such statements, my first response is always a smile at the mispronunciation of Betelgeuse. A couple years back, I shared with Br. Guy how I was a little embarrassed to find some missed typos in my first book, God’s Canvas, after it had been published. Br. Guy consoled me by sharing that it was a couple years before someone pointed out that the star “Betelgeuse” was misspelled “Betelguese” in his book, Turn Left at Orion (and the misspelling wasn’t his fault). It was one of those beautiful moments of realizing nobody is perfect and I shouldn’t expect that I would be any different.

The second response when hearing of Betelgeuse’s impending demise was, “Oh boy… here we go again.” Whether it be Mayan Calendars supposedly predicting the end of the world, a comet that will destroy the Earth from three astronomical units away (meaning three times the distance the Earth is from the Sun), or a star in the sky that suffers from an identity crisis with a popular movie character, over dramatic statements about astronomical events prove that internet trolls are alive and well.

It is exceedingly hard to trust what surfaces on social media (as I write this for social media… ironically). This past weekend, a helicopter crash claimed the lives of nine souls. Given the legend status that Kobe Bryant achieved as a professional basketball player, it makes sense that this tragic accident has grabbed the attention of national and international media. What I find telling is just about everyone I’ve read or heard who were close to the victims of this horrible accident began their reflect with disbelief on two levels. The first level of disbelief was the predictable denial everyone experiences when news of a tragic, unexpected death is shared. The second level of disbelief was due to the fallacious nature of social media, causing many to understandably question this news because we’ve all been duped before by fake news spam. My prayers for all involved in this tragedy along with all those the Lord will call home this day.

What makes trolling so effective is the mix of a half-truth with over dramatized errors. Therefore, I want to lay out in this piece what is true of the news of Betelgeuse instead of continuing the over dramatic trolling I’ve seen emerge.

1. Betelgeuse is dimming – Yes, this is arguably the most underwhelming statement of this post, but what is getting everyone in a tizzy is that the red giant of the constellation Orion isn’t looking as glorious as it usually does. Here’s a picture I took about a week ago of Orion the Hunter. Does Betelgeuse look “sick” to you? 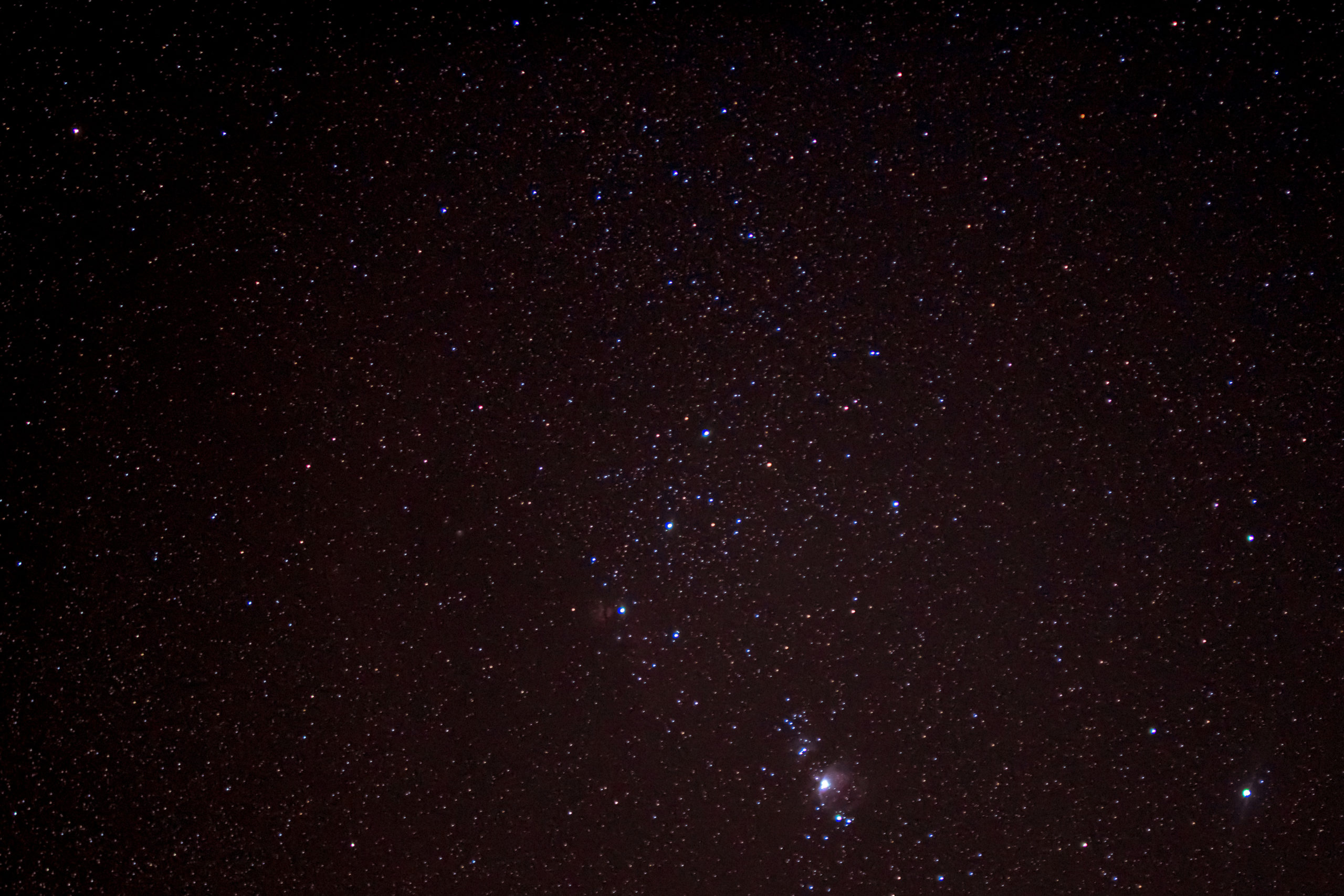 Betelgeuse is in the upper left corner.

2. Just because it’s dimming doesn’t mean that death is imminent… still… – As a variable star, Betelgeuse’s brightness does change. Therefore, some wonder if this might just be a larger than normal variance in the star’s brightness. Still, what is grasping the attention of the astronomical world is that it has decreased in brightness far more than it has in the past. Therefore, the possibility of this being signs of a soon to occur supernova can’t be ruled out. (Click here to read the most recent alert from the American Association of Variable Star Observers.) At the same time, I have yet to see anything from credible sources that is expressing confidence going beyond a “wait and see” attitude about Betelgeuse going “boom” any time soon. Yes, not the stuff for emotionally gripping headlines, but it does point to something different going on with the star. (Click here for a nice piece by National Geographic I find to be rather balanced on the subject).

3. Betelgeuse has been dying for quite some time – As a red giant, the demise of Betelgeuse has been happening for some time. It’s hard for us to comprehend the life cycle of stars when that life is measured in millions or billions of years. That being said, Betelgeuse is in the autumn of it’s life cycle, leading some to speculate that death is looming for this sick star… probably in about 100,000 years or more according to the cited National Geographic article. That being said, is there a chance it could happen in our lifetime? I’d defer to others who are professionals to give a more confident answer. From what I have read, I guess it’s a possibility, but the odds are probably better for me winning the Megabucks lottery this week… and then get hit by lightening after I win… twice… in one month. Okay, maybe the odds for Betelgeuse’s demise in the weeks to come might be a little better than what I stated (I need to avoid becoming a troll on the other end of the spectrum). Still, personally, I’m not holding my breath.

4. Let’s say Betelgeuse does go “BOOM” this week… What would happen to us? – We would get a really neat light show! As mentioned in the previously cited National Geographic piece, Betelgeuse is far enough away from us that we have no need to worry about the star’s destruction impacting us in any way.

What do I think will happen to Betelgeuse? Since I am not a scientist, I have no credentials that would allow me to make an educated statement on when Betelgeuse will meet it’s end. From sources I do trust, what I can say is that something unique is happening to Betelgeuse and it could mean many different things are happening to this red giant. What are those “things?” Time will tell. In the meantime, get outside and enjoy Betelgeuse, the hand of Orion, while you can! My gut tells me we will have this star as a companion for many generations to come. However, who knows… perhaps we will be able to share with the next generation what Orion once looked like with the red giant. Betelgeuse will let us know when it’s ready to meet its end… not cyberspace trolls!

From the Backyard: Join Us In Arizona, Even If You Couldn’t Attend ACME!